BERLIN (AP) — While South Koreans cheered with hope and China saw an opening to discuss lifting sanctions on North Korea, some countries in Europe and the Mideast cautioned Tuesday that it was premature to judge U.S. President Donald Trump and North Korean leader Kim Jong Un’s summit a success.

Many have applauded the recent months of denuclearization diplomacy between North Korea and the U.S. after a year of mounting tension, threats and name-calling. Hopes for peace on the long-divided Korean Peninsula, however, remained tempered by the many failed attempts in the past.

“The United States and North Korea have been in a state of antagonism for more than half a century,” Chinese Foreign Minister Wang Yi said. “Today, that the two countries’ highest leaders can sit together and have equal talks, has important and positive meaning, and is creating a new history.”

At a train station in Seoul, the South Korean capital, people cheered and applauded as televisions screens broadcast the Trump-Kim handshake live.

“I really, really hope for a good outcome,” Yoon Ji, a professor at Sungshin University in Seoul, said. “I am hoping for denuclearization and a peace agreement and also for North Korea’s economy to open up.”

Leaders in Europe also responded positively to seeing Trump and Kim sit down together, but welcomed the development with wait-and-see skepticism.

“We know that crisis management and international policy are a marathon,” Andrea Nahles, the leader of Germany’s Social Democrats, said. “To be honest, I can’t judge how far what was agreed today will translate into reality.”

Trump’s unilateral decision last month to pull out of the landmark deal to stop Iran from developing nuclear weapons has left the other nations involved scrambling to preserve the pact.

With that as a backdrop, European Union foreign policy chief Federica Mogherini told EU lawmakers in Strasbourg, France that the U.S.-North Korea summit proved that diplomacy was the right path to follow.

“The diplomatic track is often challenging, is often the most difficult one to be followed, but it is the rewarding one, and needs to be sustained over time,” Mogherini said. “It was the same track that the international community and the European Union followed for over a decade with Iran.”

In a printed statement, she mentioned neither Trump nor Kim by name, but thanked South Korean President Moon Jae-in for his leadership in creating the “positive developments in inter-Korean relations” for the summit to build upon.

For his part, Moon said he “could hardly sleep” in anticipation of the meeting and expressed hope for “complete denuclearization and peace.”

Iran, on the other hand, noted that not only had Trump pulled out of the 2015 nuclear deal with Tehran, but irritated Group of Seven leaders by agreeing to sign their closing summit declaration, then tweeting while on his way to Singapore that he had changed his mind.

“We are facing a man who revokes his signature while abroad,” Iranian government spokesman Mohammad Bagher Nobakht, according to the semi-official Fars news agency.

Russia, another backer of the Iran nuclear deal, also was skeptical.

“Trump’s words that the process of denuclearization on the Korean Peninsula will start ‘very, very soon’ is more of a wish than a fact,” Konstantin Kosachev, chairman of the Foreign Affairs Committee in the upper house of Russia’s parliament, wrote on his Facebook page.

“The role of the international community is important here. We must take the two leaders at their word and push them further,” Kosachev wrote.

Still, Austrian Chancellor Sebastian Kurz tweeted that the meeting was “grounds for hope” for disarmament and peace on the Korean Peninsula “even if there’s a long path ahead.”

Danish Prime Minister Lars Loekke Rasmussen called the summit “historic,” though added that Pyongyang has failed to live up to previous disarmament deals.

In China, Foreign Ministry spokesman Geng Shuang said that United Nations sanctions against North Korea could be suspended or lifted in accordance with the North’s actions.

“We believe the Security Council should make efforts to support the diplomatic efforts at the present time,” he said.

Trump said at a post-summit news conference that he has held off from imposing additional sanctions, but that the United States would life existing ones when the North’s nuclear weapons “are no longer a factor.”

Japan’s largest newspaper, the Yomiuri, printed a one-page “extra” edition in both Japanese and English that was distributed free in major cities 90 minutes after the meeting began.

Passers-by outside a Tokyo train station snapped up 500 copies. They generally welcomed the meeting as a good first step, but wondered if progress would be made on the fate of Japanese abducted by North Korea in the 1970s and 1980s.

“After the handshake and political show will be the real action,” student Momoko Shimada, 20, said. “I believe that won’t be easy.”

Associated Press journalists around the world contributed to this report. 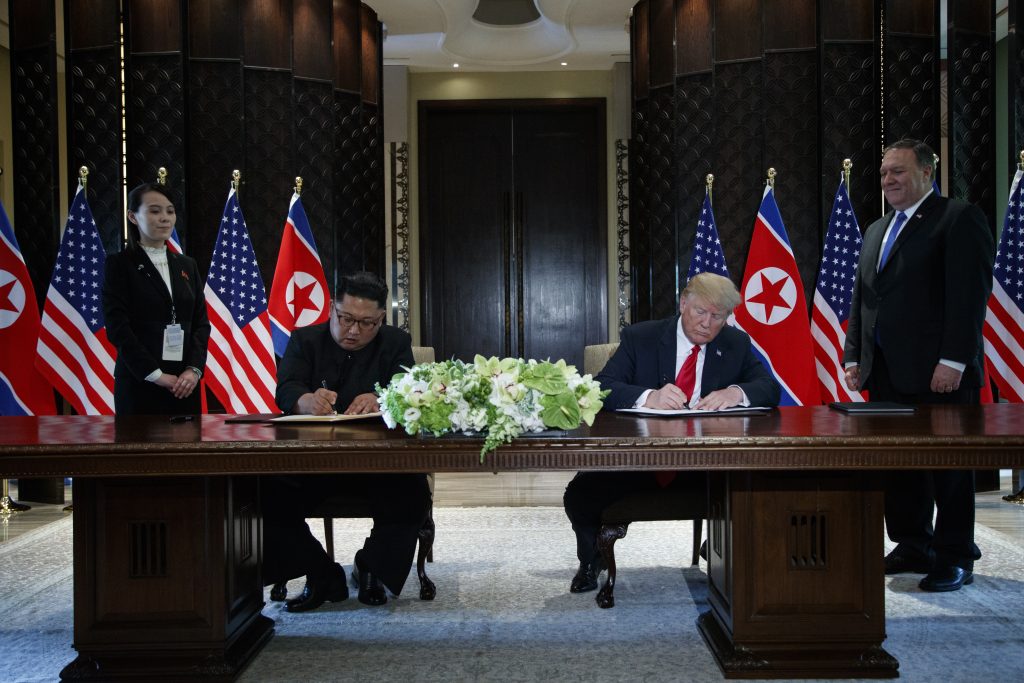 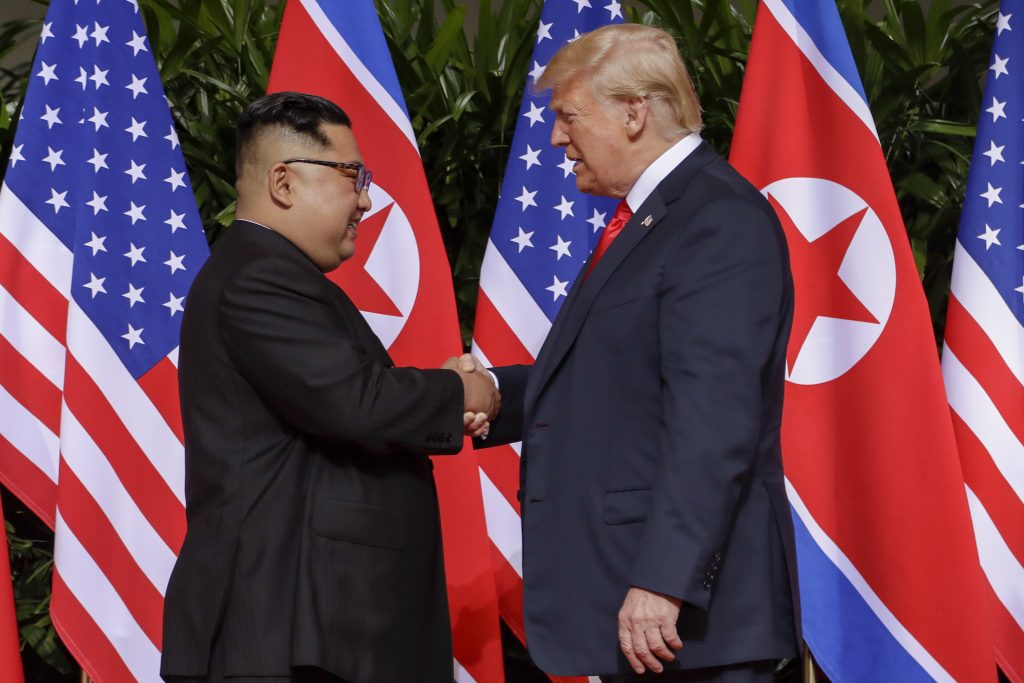 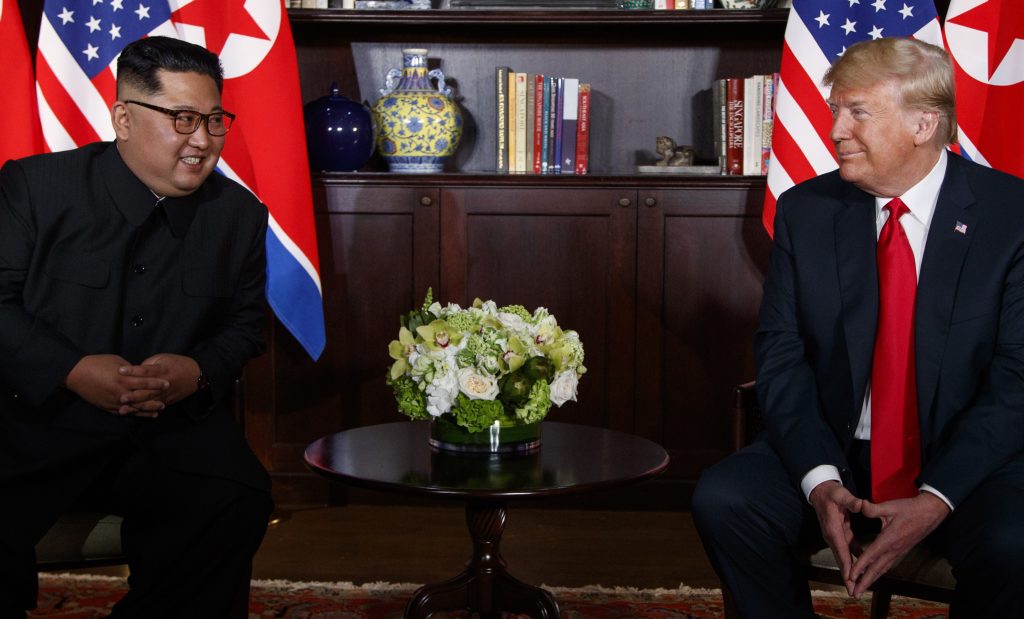 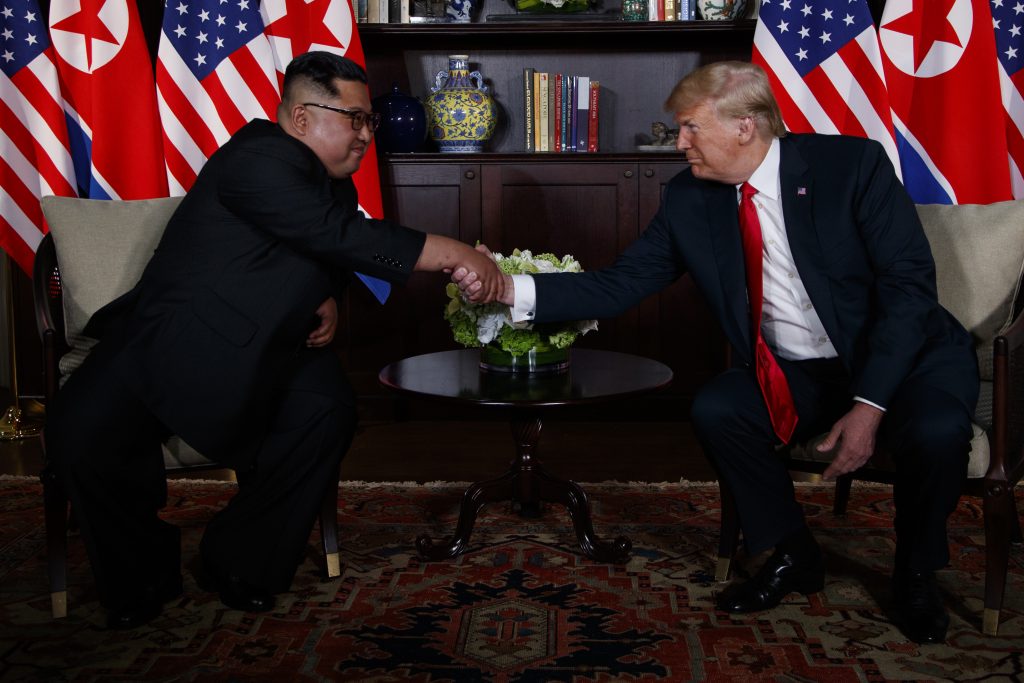 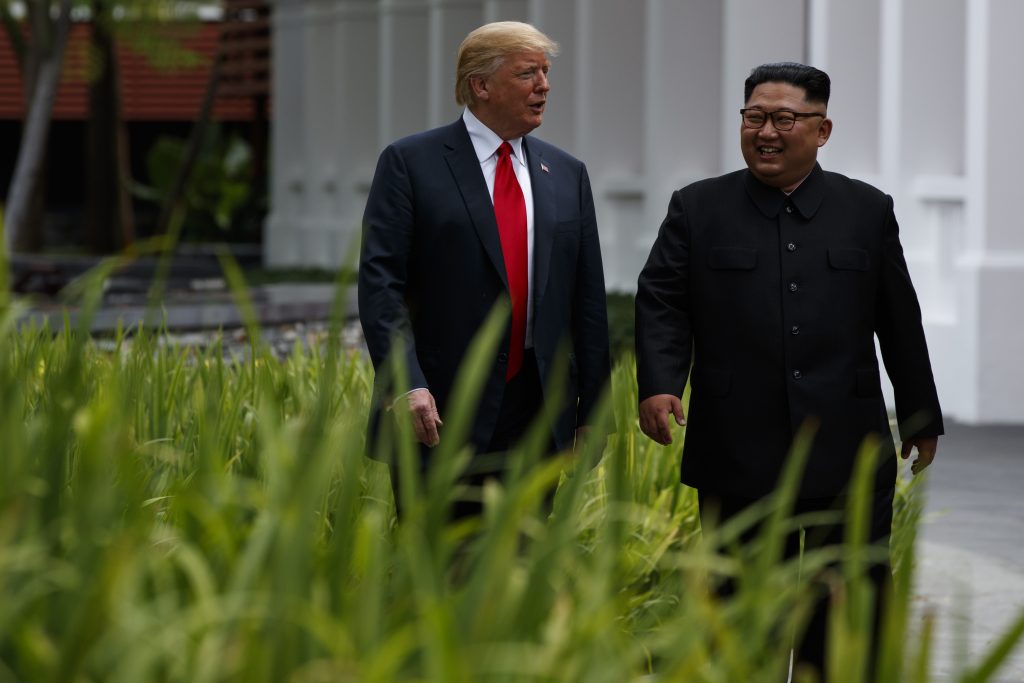