According to a recent investigation by the Centers for Disease Control and Prevention, suicide deaths among Utah youth ages 10 to 17 increased more than 140 percent between 2011 and 2015, compared to a 23.5 percent increase nationally in that age group.  The investigation found that risk factors for youth suicide included mental health issues, family relationship problems, violence, and substance use.

To help raise awareness and provide help, a community-awareness event entitled ‘Break the Silence of Suicide and Bullying’ will take place this Saturday, August 11th from 10 a.m. to 10 p.m.  The location is Jeannie Stevens Park in Tremonton. Barbra Haramoto is one of the organizers and was on KVNU’s For the People program on Wednesday.

She said, “It’s mostly to bring the community together, to build awareness that there’s a problem (and) to let people know they have support. Just trying to get people talking and make it so there’s more conversation going, people feeling safe and knowing it’s okay, that there’s nothing wrong with them.”

There will be resource booths, craft booths, food, face painting, a Kickball tournament, entertainment and more. More information can be found on their Facebook page. 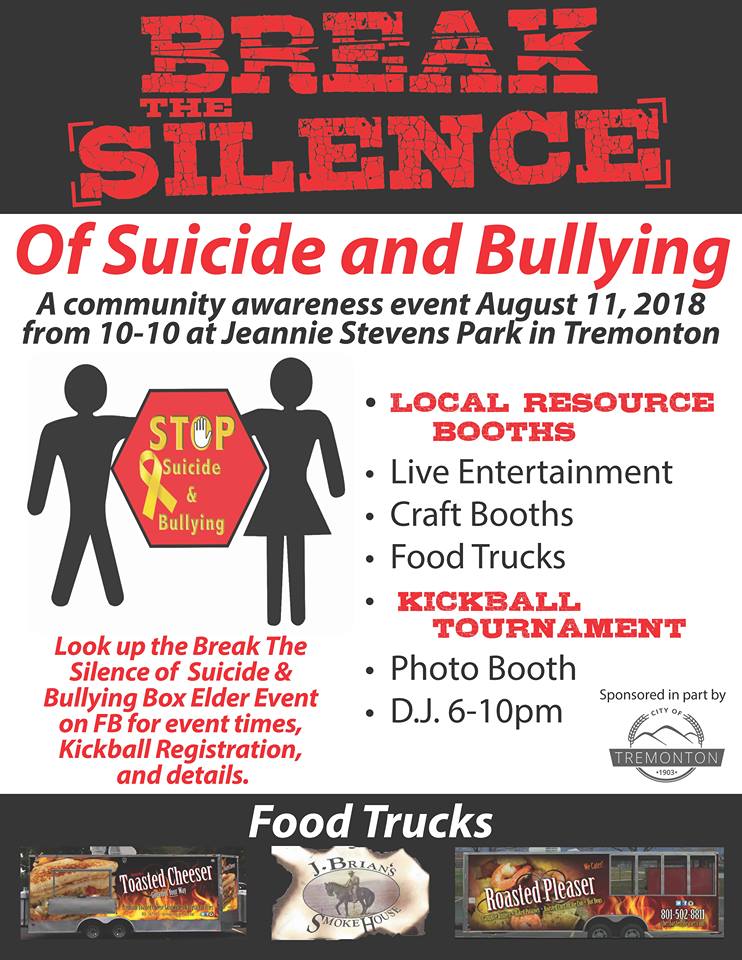