Paul's Patch along Hwy 89 south of Brigham City has been going strong for 45 years. Residential development is threatening the fruit industry which as been big economic boost for Box Elder County.

The peaches are on. The fruit stands left along Highway 89 between Willard and Perry in Box Elder County are gearing up for a busy season. Paul’s Patch is one of less than 10 left along “Fruit Highway.” Some have sold to developers, but Paul’s patch is on its third generation and going strong.

Grandma Korrol Valcarce sees change coming. Developers are buying all the fertile ground and building houses on it. She said they are building 10 homes at a time in Perry and they are doing the same thing in Willard.

“I recently read something that said the fruit stand along the highway will be gone in 20 years,” she said. “What’s sad is the number of good farms that are taken to accommodate the growth.”

But the Valcarce family is moving forward anyway, doing their best to make their business prosper for the next generation. They continue to grow produce and have several varieties of peaches and will get more as the season progresses.

Paul Valcarce and his wife Korrol opened Paul’s Patch in 1973. They came to the fertile ground of Box Elder County to make a go of the produce business. Paul died in March 2016 and his grandson, Drake Valcarce, 23, is managing the stand now.  His father Kevin watches over the farm where the produce is grown and supports Drake as he cares for the stand.

Buying the seeds and planting starts in February. The Valcarces have a number of greenhouses they plant in to get an early start on their vegetables. The farm has dwindled from 100s of acres to about 25 acres. Paul’s Patch roadside stand opens the middle of June and closes by Nov. 1, depending on the weather. The place is open daily from 9 a.m. to 8 p.m. and on Sundays from 8 a.m. to 4 p.m.

The Valcarces taught all seven children and grandchildren to work hard in the fields and in the stand.

Grandpa Paul liked to think his was one of the best fruit stands in Utah, said Drake. His fruit stand stood across from Maddox Restaurant for 45 years.

Drake cherishes the five years he was able to work with Paul before he died.

“I’m trying to follow what my grandfather did,” Drake said. “We want a one-stop shop with lots of variety.”

Even at 84, Korrol still keeps her eye on what’s going on at the stand.

“Drake is doing a great job,” she said. “We grow pretty much what we sell.”

Despite this year’s warm and dry weather, the Valcarces have had a good crop of peaches and corn.

“This area between Ogden and Brigham City is protected from the harsh weather,” Korroll said. “Even when Brigham Young was here you can find pictures of the orchards lining the fields.”

Over the years the orchards have really done well. There was a time when land owners would put peaches they grew out in front of their homes along the highway. Peach growers and produce stands lined the road for miles. 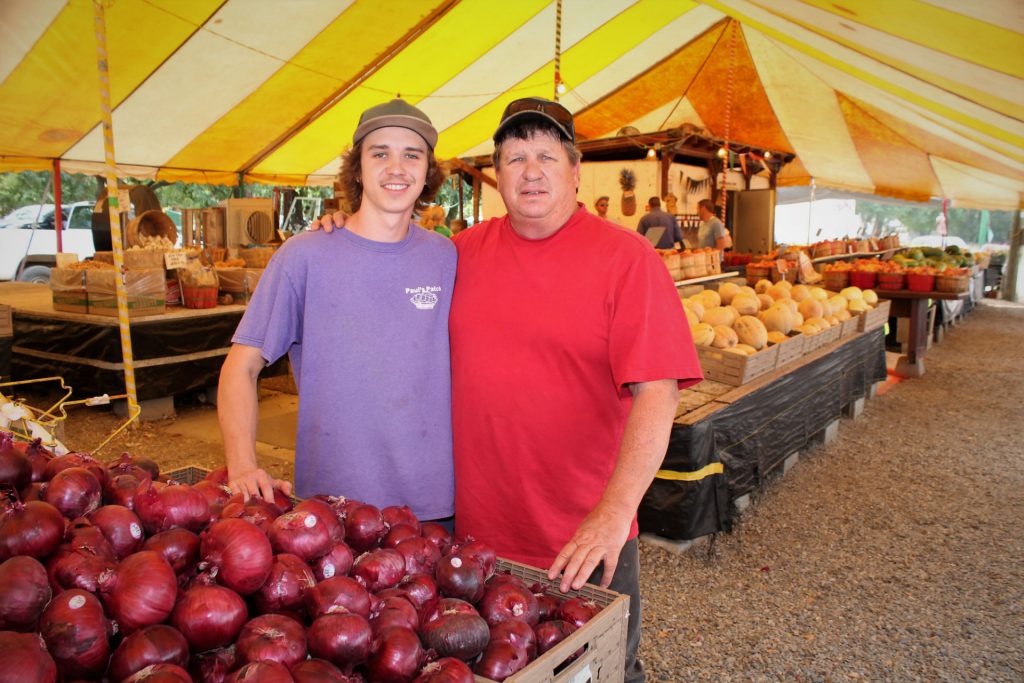 Drake and his father Kevin Valcarce at Paul's Patch a produce stand near Brigham City. Drake manges the business his grandfather founded. 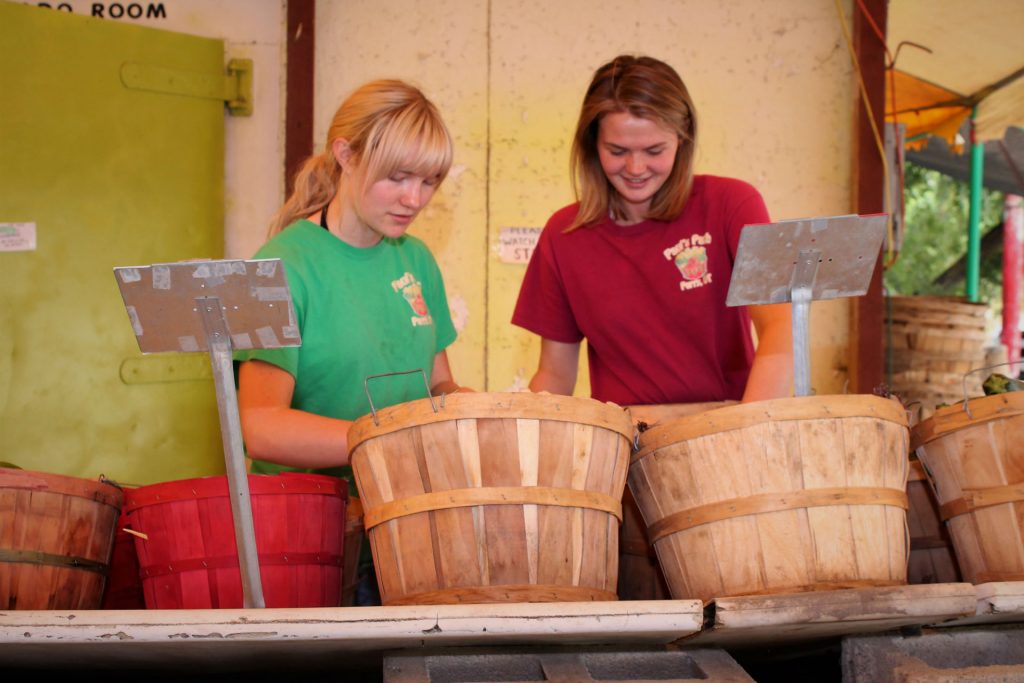 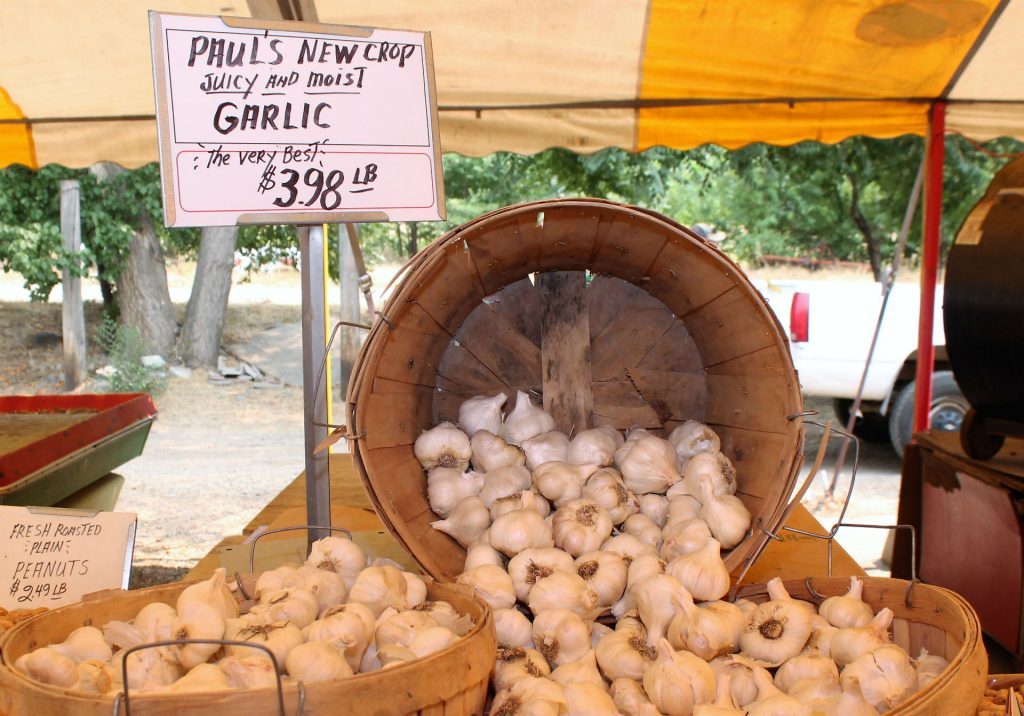 Paul's Patch south of Brigham City has a variety of produce for sale. Many of the produce companies are selling to developers. 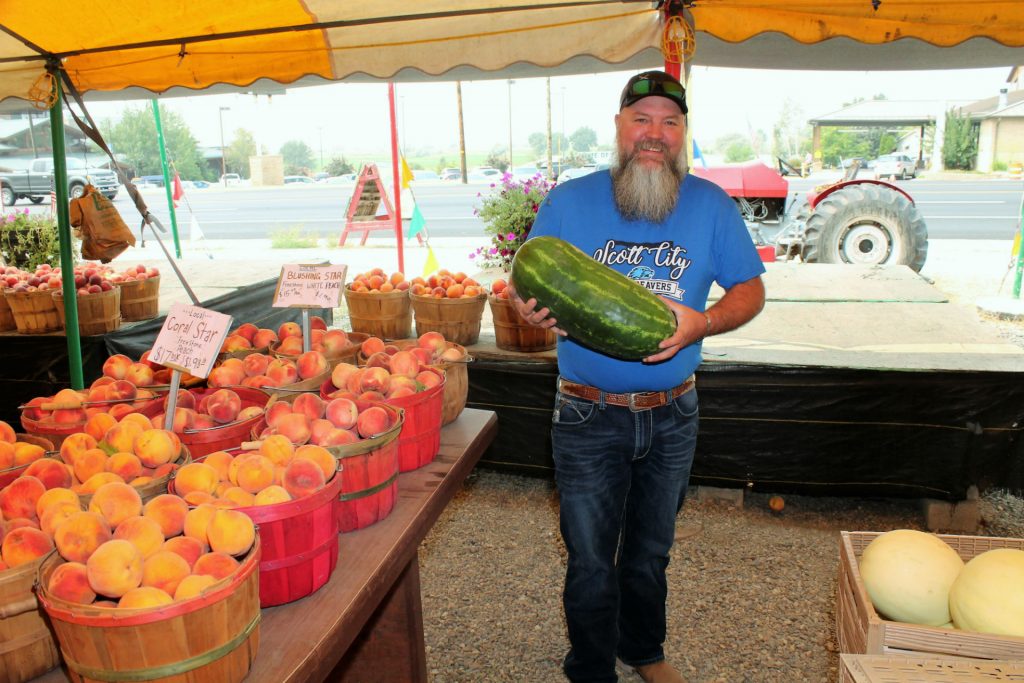 Bill Rawlings of Preston, Idaho stops by Paul's Patch near Brigham City to by a watermelon recently. 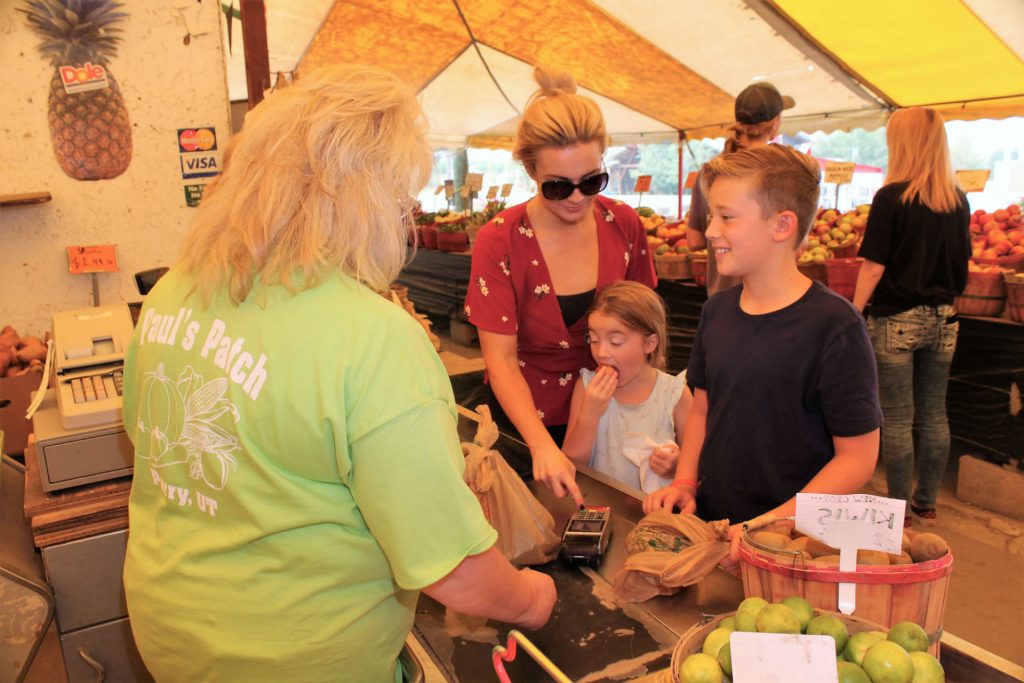 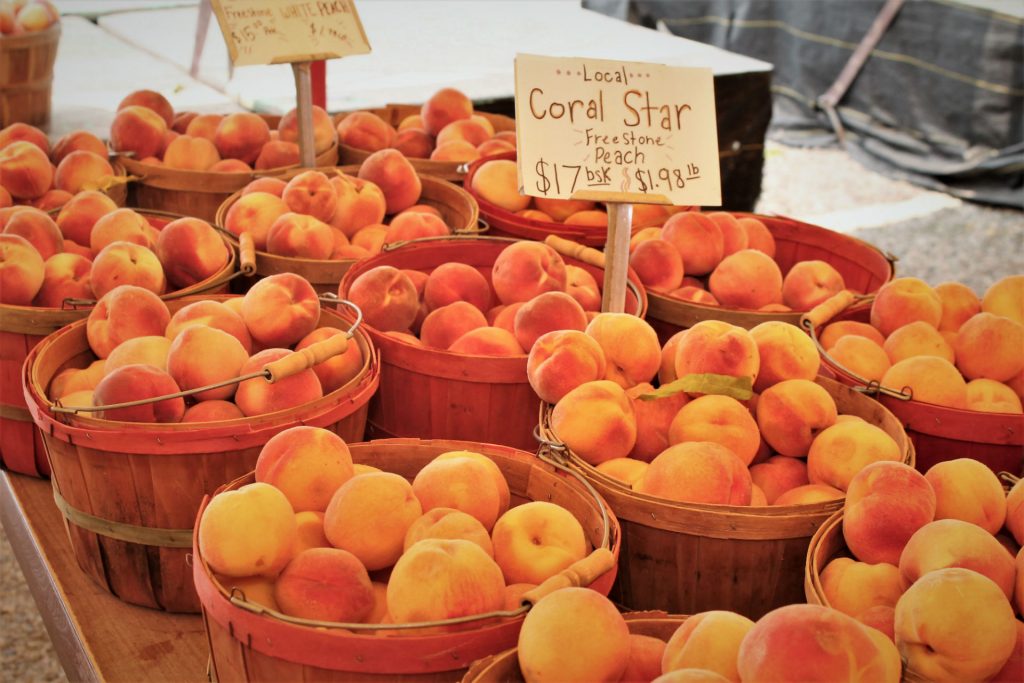 Peaches have been a popular item on "Fruit Way" on Hwy 89 south of Brigham City for generations. There are several varieties of peaches At Paul's Patch this time of year. 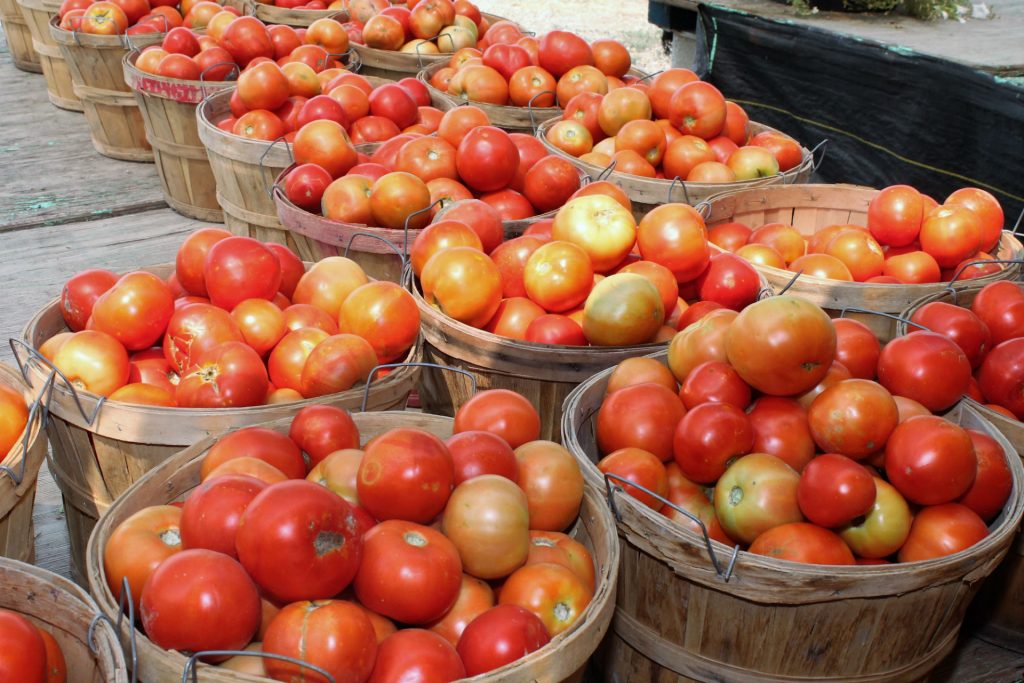 Fresh tomatoes are a mainstay at Paul's Patch south of Brigham City.