The play of Donovan Mitchell electrified Utah Jazz fans during his rookie season. As if the Rookie of the Year runner-up needed to do anything more to endear himself to Utah’s fanbase, Mitchell has been active in the community and has shown up at events not related to the Utah Jazz or the NBA. Notably, the star guard has attended BYU and University of Utah basketball games and a couple of University of Utah football games. The Utes even created a custom jersey for Mitchell. He rarely goes alone to these events, bringing other Jazz players along, usually Royce O’Neal. But the Jazz players have not ventured north of the Wasatch Front.

That changes this weekend. Mitchell, O’Neal and Georges Niang have confirmed via their own social media accounts that they plan to visit Maverik Stadium Saturday night when the Aggies take on Air Force in both teams’ conference opener.

Aggie Nation we have @GeorgesNiang20, @BucketsONeale00, & @spidadmitchell coming thru to show the Aggies love on Saturday night. We gotta be there and be loud! #WhiteOut #PackTheMav #AggiesAllTheWay pic.twitter.com/JmUCsLlAW5

Utah State University fans and football administrators took notice of Mitchell’s attendance at other college sporting events and made a special plea to get him and other Jazz players to Logan. It began with USU Football’s Director of Player Personnel Zach Nyborg in a tweet on Sept. 4th, offering sideline passes for Mitchell and O’Neal:

Hey @spidadmitchell how can we get you to a @USUFootball game? I've got gear & sideline passes ready for you & @BucketsONeale00!@Bwagz help me out & tell em about #UState!

The USU Hurd jumped in to confirm they had officially reached out to the Utah Jazz.

We've reached out to @utahjazz. Hopefully we can make this happen at some point!

To help make his pitch, Nyborg tagged former Aggie and current Seattle Seahawks linebacker Bobby Wagner to help sell Mitchell and O’Neal on why they should attend. Wagner jumped in and said he also wants to attend a Jazz game.

It def should be a move. I gotta come check out a Jazz game.

Then the conversation on Twitter went silent. The Aggies soundly defeated New Mexico St. 60-13 on Sept. 8th. The day after USU roughed up Tennessee Tech 73-12 on Sept. 13th, Nyborg made another plea. This time he enlisted the help of USU’s student section and upping the ante on what USU would offer Mitchell and O’Neal if they attended: custom USU football jerseys and special opportunities for the Jazz members to participate with the Aggies. Nyborg offered Mitchell the opportunity to be an Honorary Captain and do the coin toss.

Not to be done outdone, O’Neal would be an honorary flag bearer with the team as they take the field.

Don't think we forgot about @BucketsONeale00 !

And confirmed that he, too, would be in attendance Saturday night in Logan.

On Wednesday, not only was it confirmed that Mitchell and O’Neal would be making the trip to Logan, but also fellow sophomore pro Georges Niang will be coming along. The video of Niang and O’Neal, imploring Aggie fans to #PackTheMav, was shared by USU basketball player Crew Ainge. 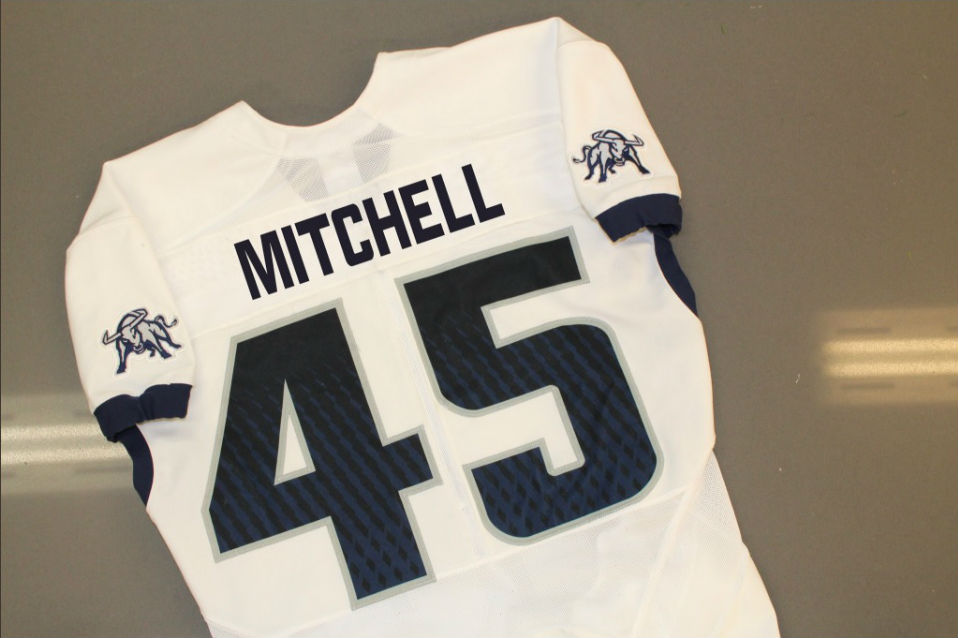 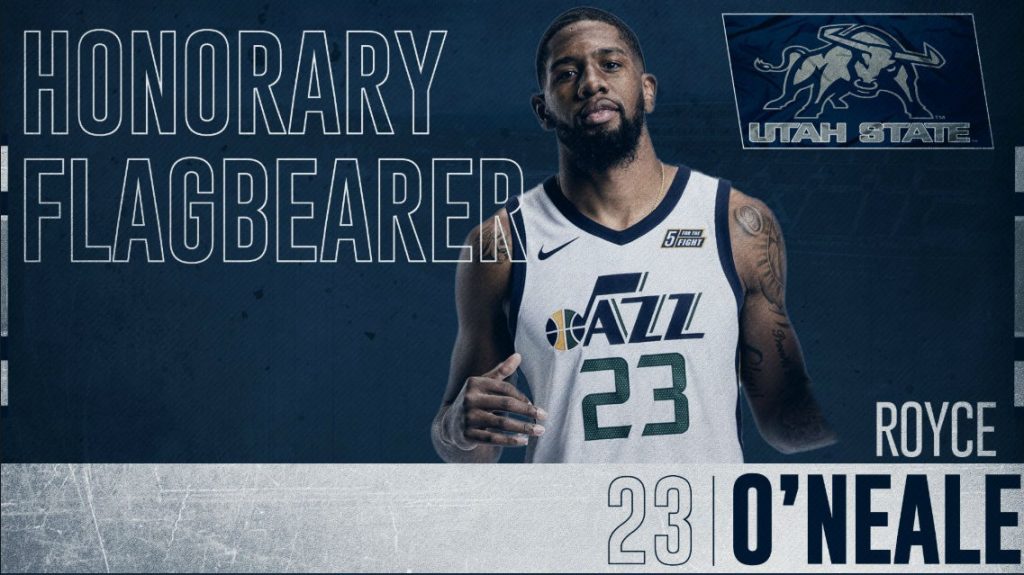 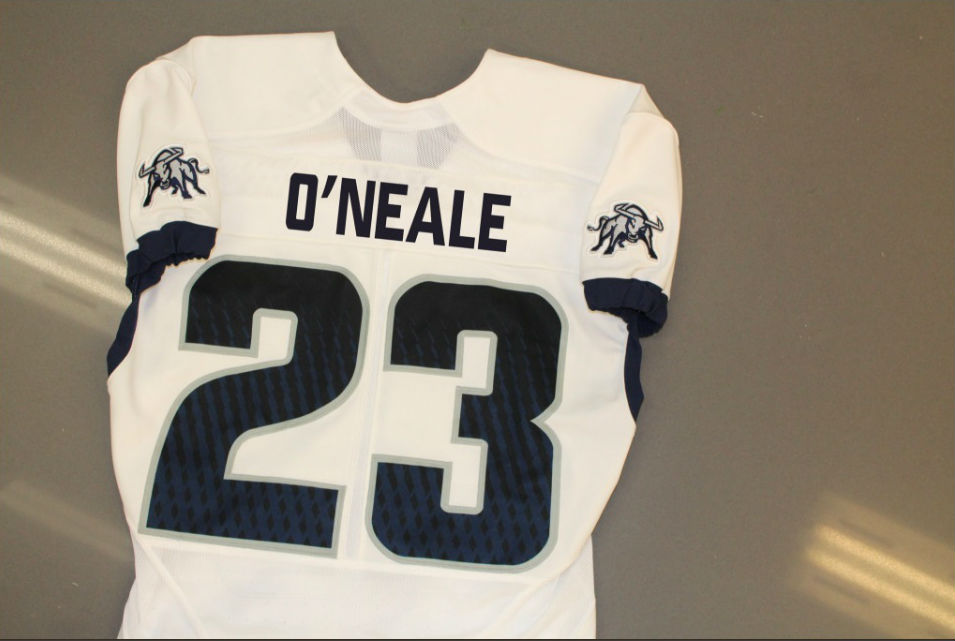