A sign located at 600 W. 1000 N. warns people not to set off fireworks in restricted areas of Logan City.

It’s the warmest part of the year, it’s time to celebrate Utah’s birthday and there are many that honor the Beehive State’s birthday with fireworks. Beginning July 22-25 from 11 am to 11 pm (midnight on the 24th) the night skies are alive in the county with “bombs bursting in air.”

Logan city has multiple restricted areas and residents should be aware there is a map available on their website.

Other cities and towns in Cache County have weighed in, as well, with fireworks restrictions in their areas:

Nibley: All areas east of Highway 165.

Providence: All areas within Providence City limits that are outside of the red line. (See map) Fireworks are also prohibited in any mountainous, bush-covered, or forested areas; and, any undeveloped wildland or land being used for agricultural purposes within the red line. 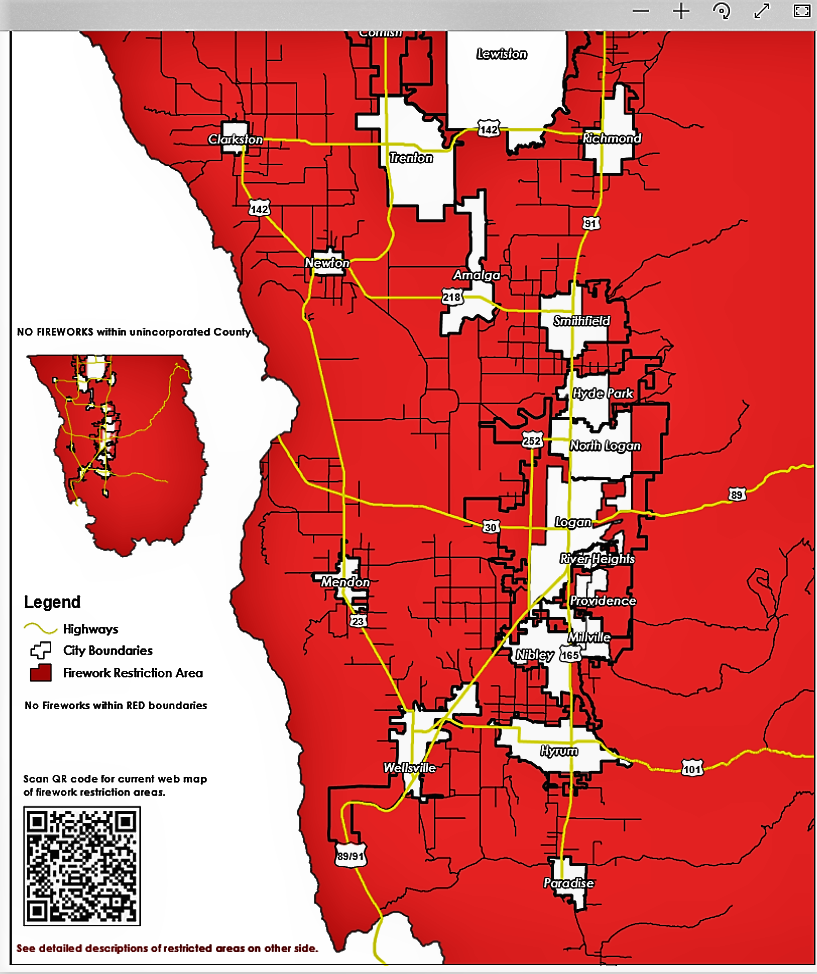