According to Cache County Fire Marshall Jason Winn, the first calls for assistance went out shortly after 10 a.m. The road was shut down between 3200 West to 5400 West as fire crews battle the flames and stretched out water hoses. The road has remained closed for much of the rest of the day and may stretch into the evening.

“When firefighters arrived on scene there was a hay barn that was on fire. It was a tin barn, a covered barn,” Winn explained. “Firefighters were able to gain access to water in a ditch. They drafted water from the ditch and were able to, actually, prevent the fire from spreading to the next barn over.”

There were no injuries but the contents of the barn are considered a total loss, with losses estimated to be over $500,000. The cause of the fire is still under investigation.

“There were 700 one-ton bales (of hay) that were in the barn,” Winn said. “There was also a front-end loader and also swather that was in the barn, as well as a pickup truck.”

Crews struggled to battle the flames due to the lack of fire hydrants in the area. Winn said a canal next to the barn really helped fire crews prevent the fire from spreading as crews were able to draw water from the ditch.

Additional backhoes were called in to help create a defensive perimeter around the barn and to spread out the hay bales. Having so much hay involved in a fire makes it difficult to extinguish, entirely.

Winn said crews will be pulling apart the hay bales into the evening. 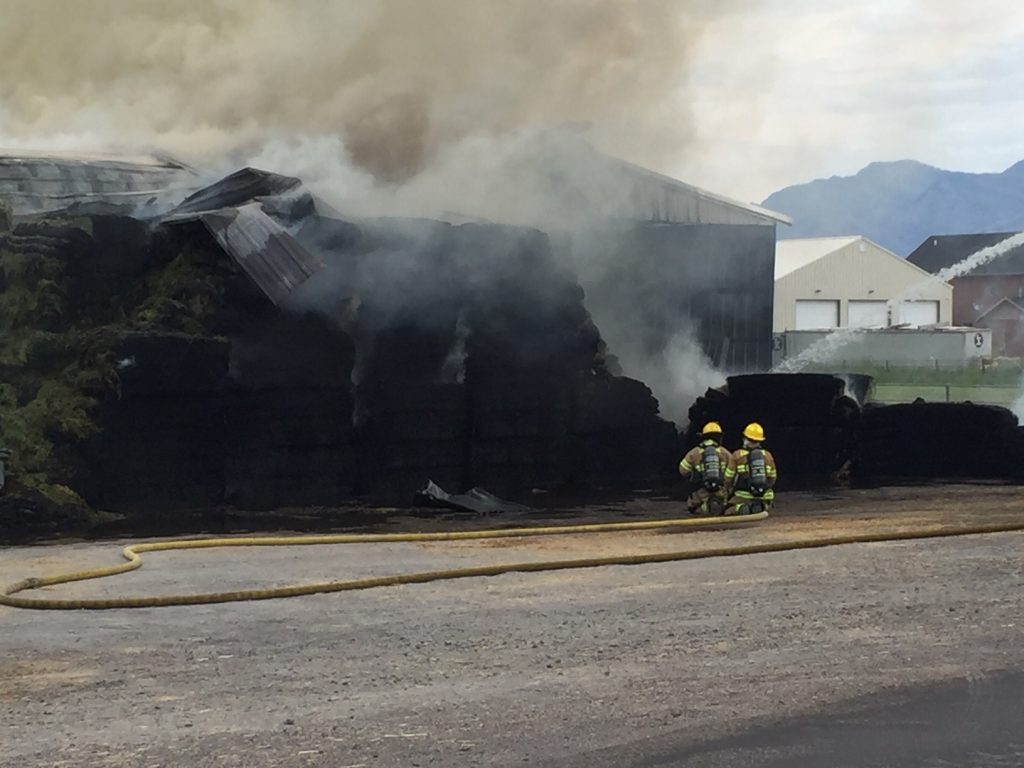 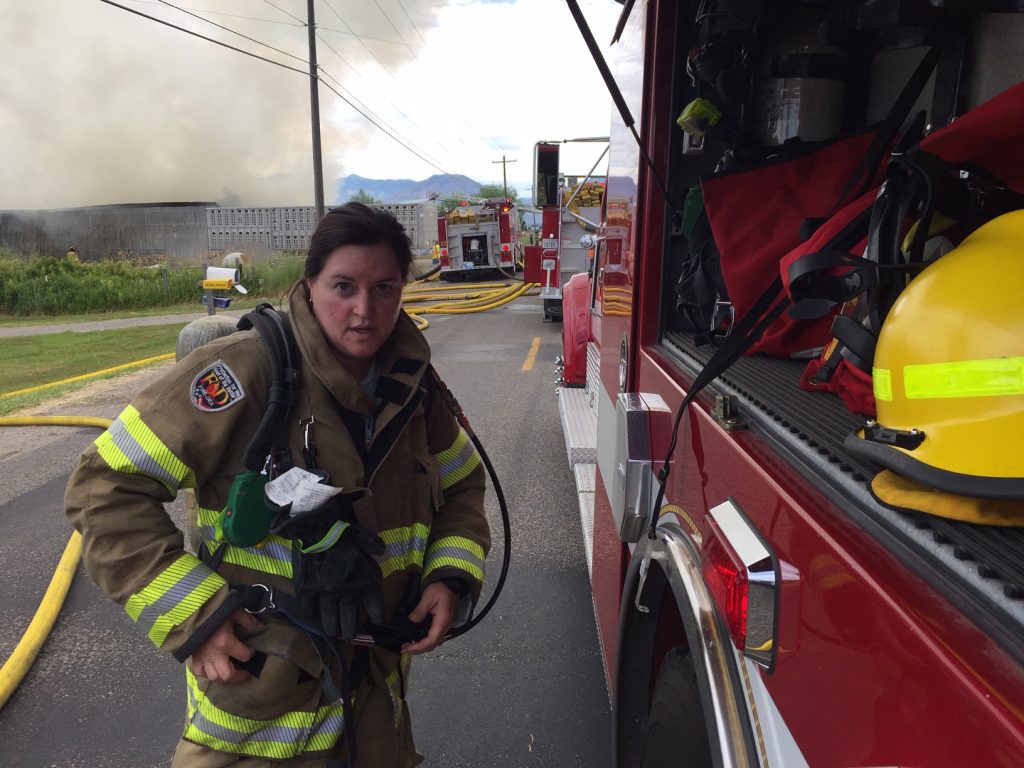 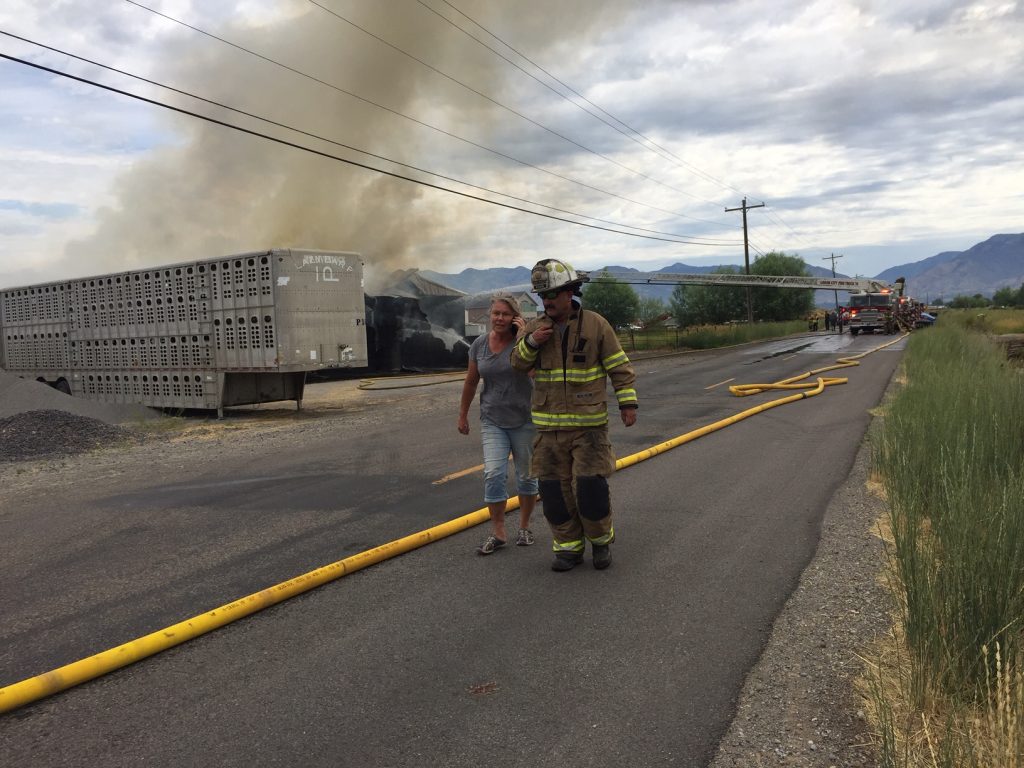 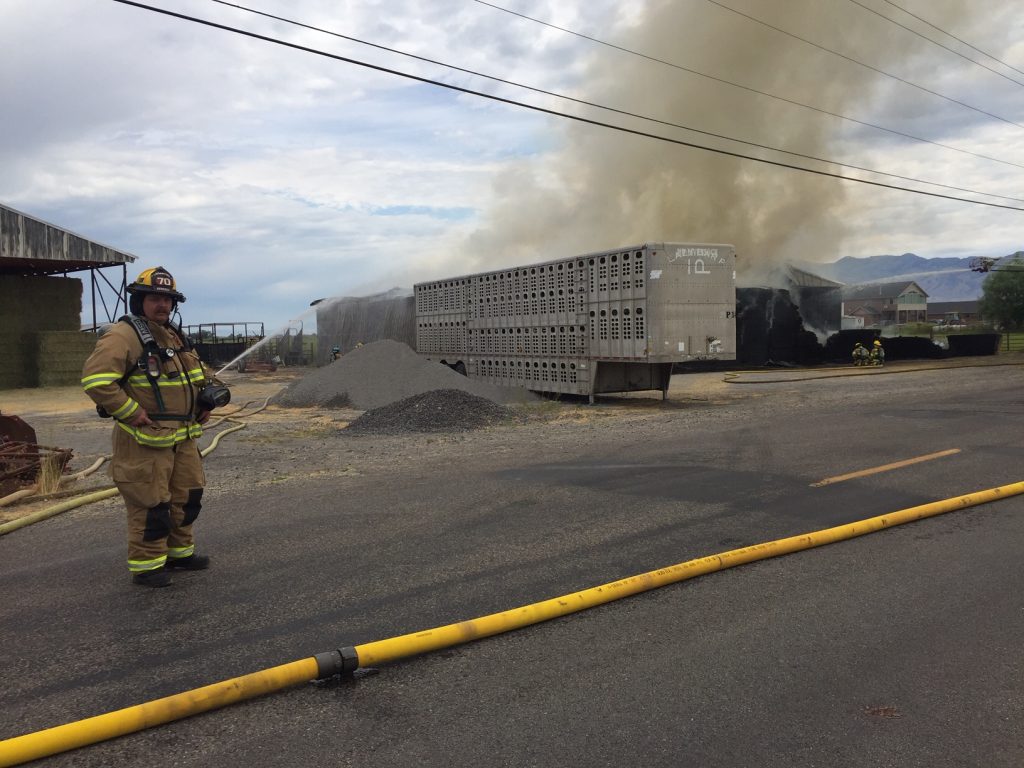 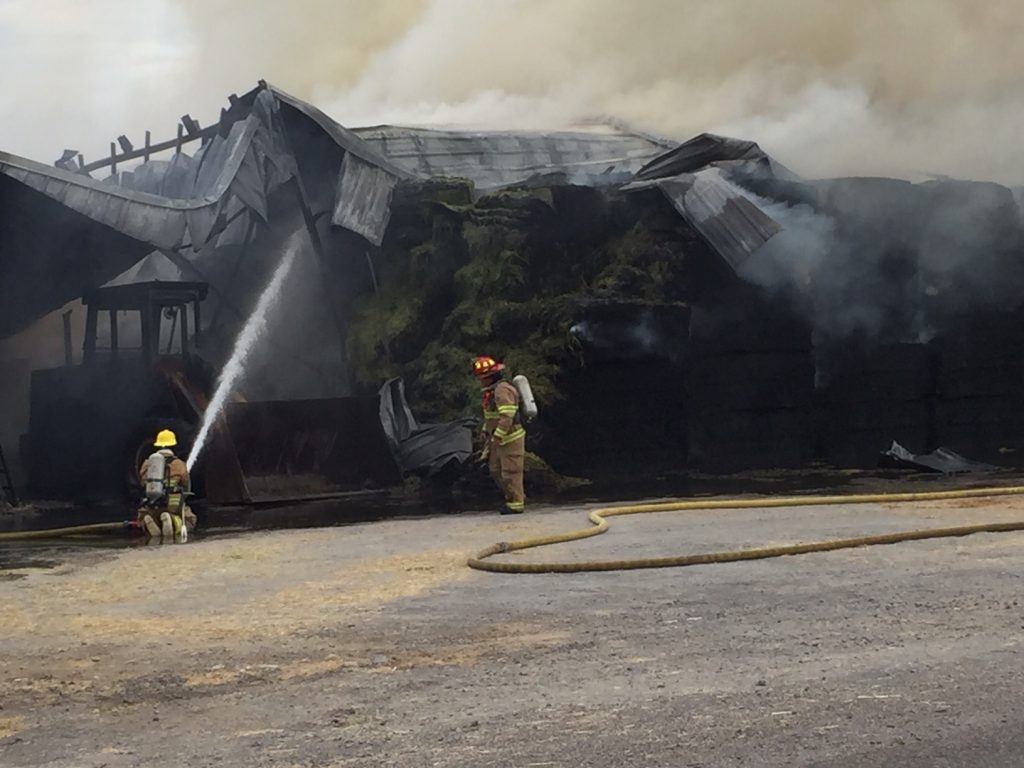