GARDEN CITY – Brake failure is believed to be the cause of a semi-truck that crashed into a set of storage sheds Thursday afternoon in Garden City. Fortunately, the driver, a 60-year-old man from Alabama, received only minor injuries.

Utah Highway Patrol Lt. Lee Perry said the truck was traveling eastbound out of Logan Canyon on US-89 around 3:45 p.m. As it approached Garden City, the driver realized the truck had lost its brakes, and began to down-shift, trying to slow down. The truck, which was hauling chocolate milk, swerved around several stopped cars at the traffic stop at Raspberry Square and continued right through the intersection.

“He was going toward some old stumps that were laying down toward the back of the parking lot but then realized there was a propane tank there,” explained Perry. “He swerved around the tank and hit the back of some storage bays for the condos on the other side.

“They’re all garages full of 4-wheelers and water equipment, things like that for the people who live in the condos on the other side of it. [The truck] pretty much destroyed five of those units and the valuables inside.”

The driver suffered a fracture to his eye socket, bruises and bumps. He was taken by paramedics to Logan Regional Hospital and later released.

Very fortunate no one was in this semi's path. pic.twitter.com/PTGwqnM6Ag

Perry noted that this was almost the same scenario that happened last fall, when a semi-truck driver died. He said, luckily this crash happened when it did.

“Two-weeks ago would have been Raspberry Days. There are still a lot of folks in Garden City, enjoying Bear Lake but somehow his timing was fortunate. There is never a good time for a crash but this was as good as it got because he missed everybody. And he is the only person that got injured in the process.”

In October 2018, a semi-truck lost control and ran though the same intersection, running into a sporting goods store. The crash killed the driver, 31-year-old Ahmed M. Abdelgader. A passenger was also severely injured. The store was destroyed and never rebuilt. 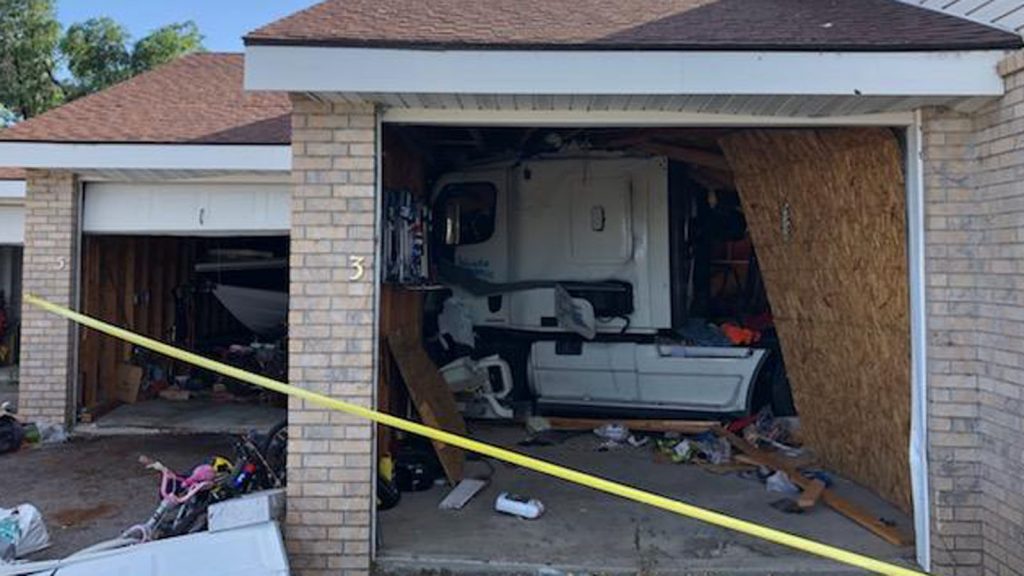 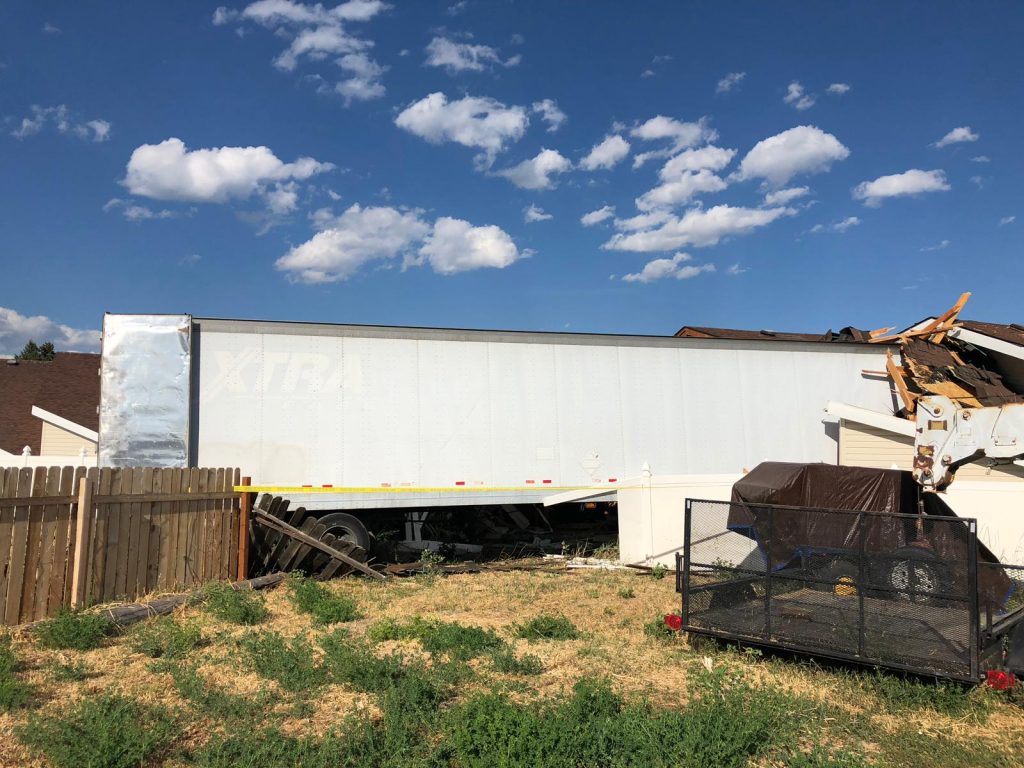 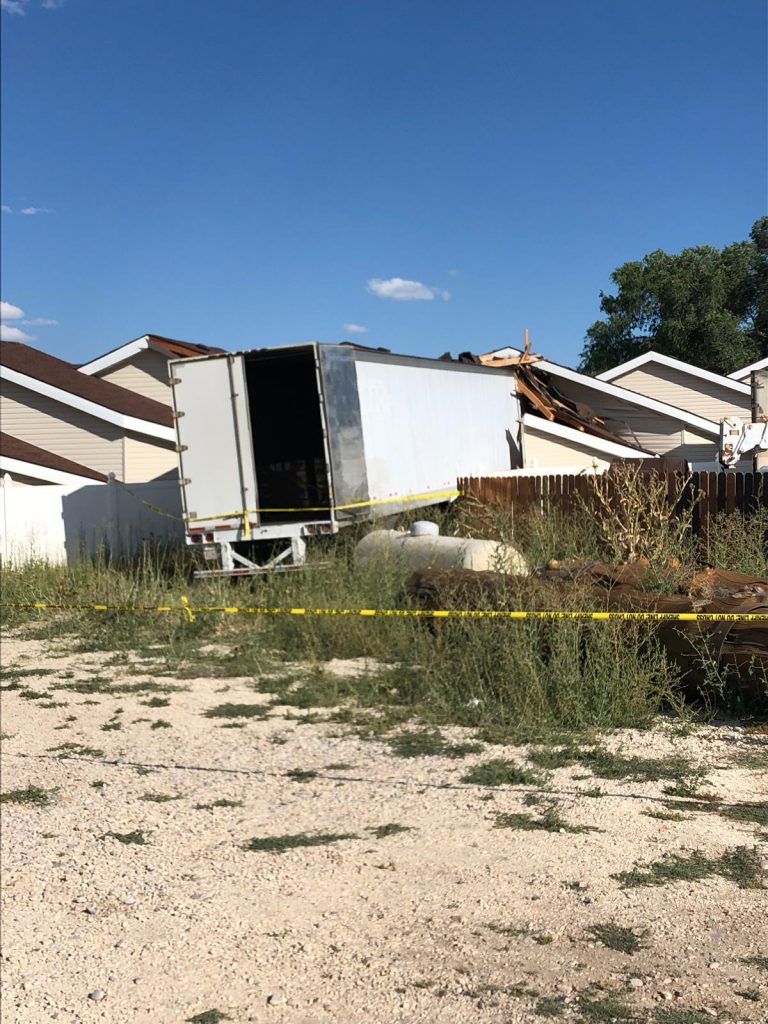 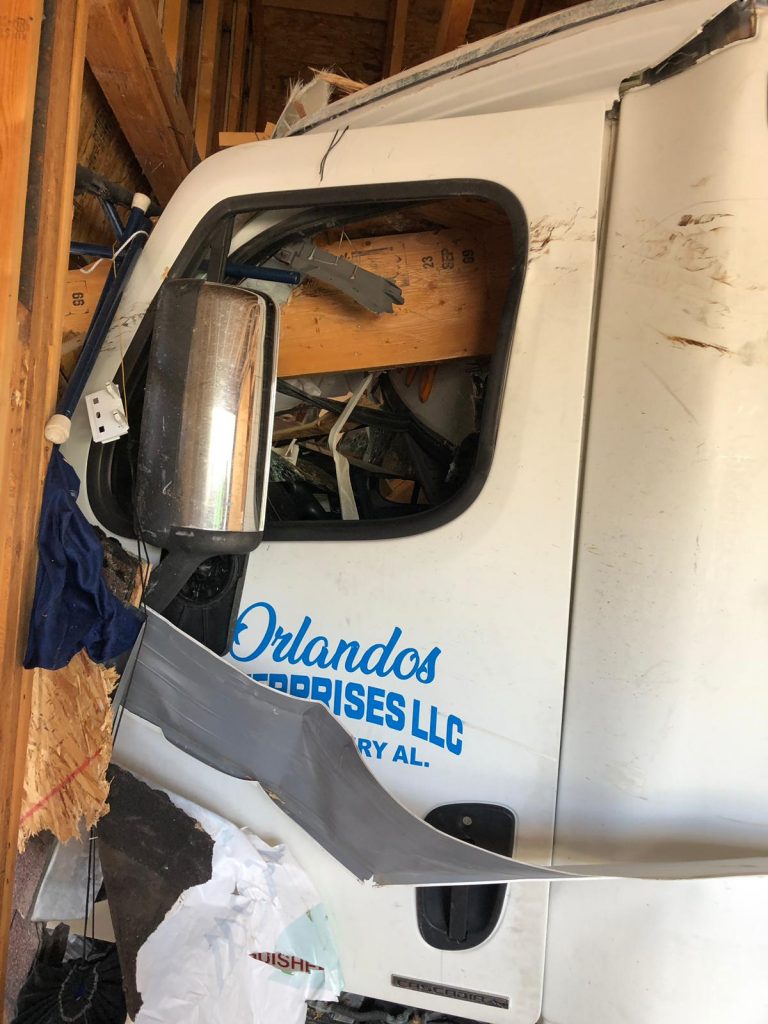 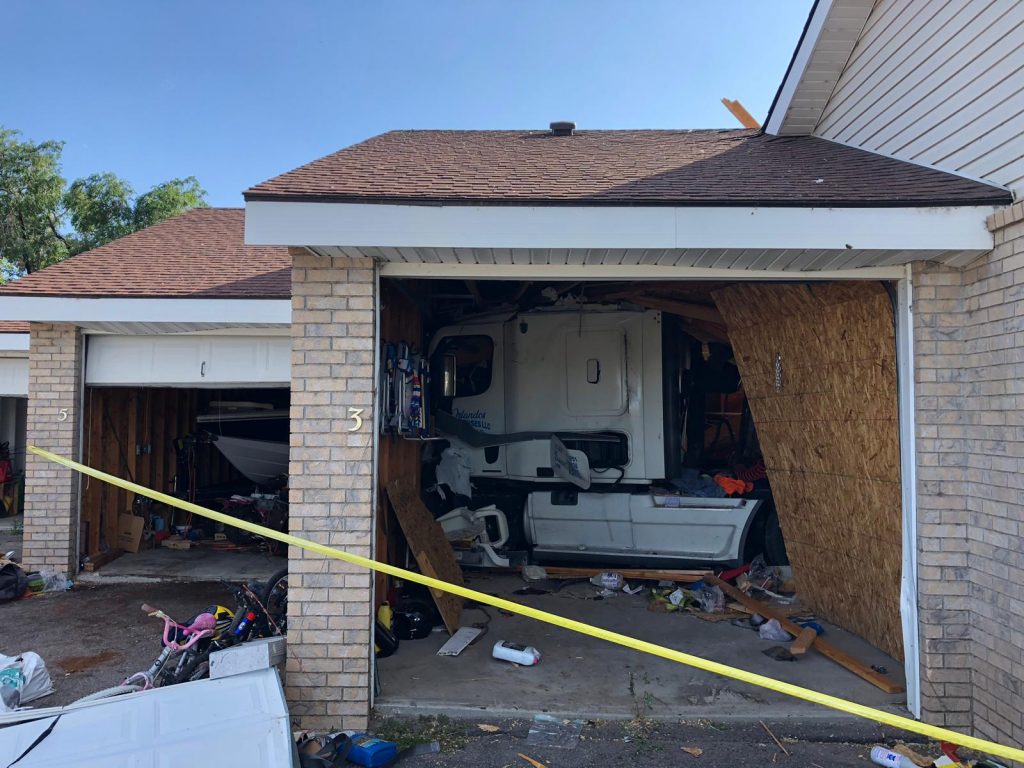 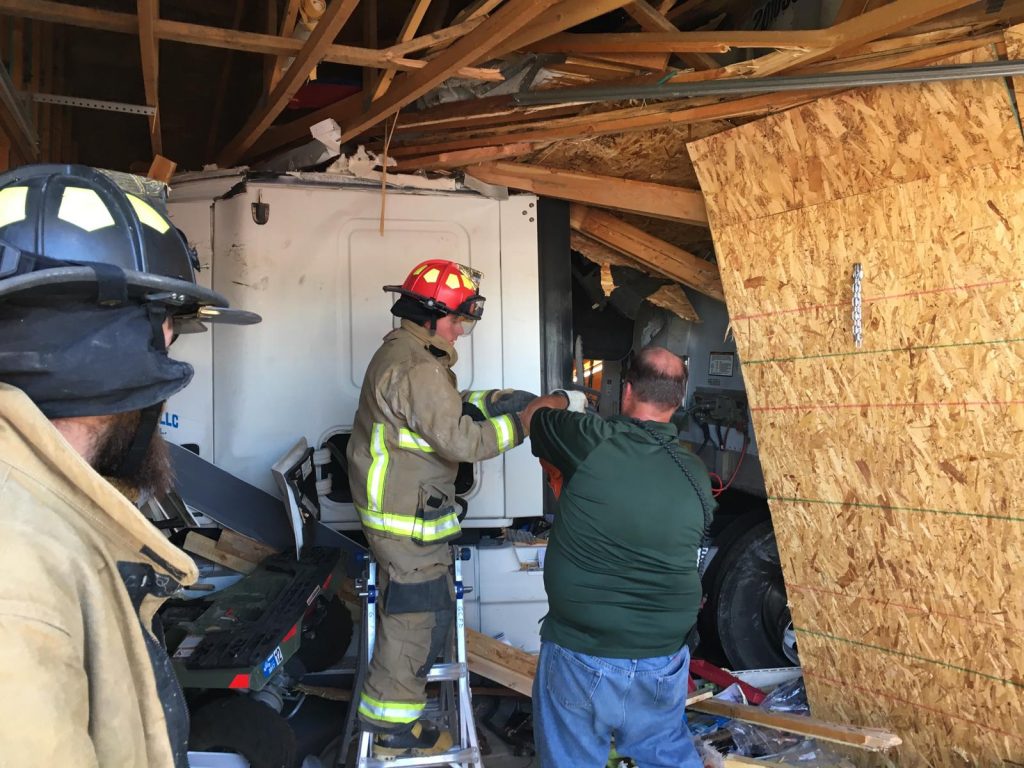 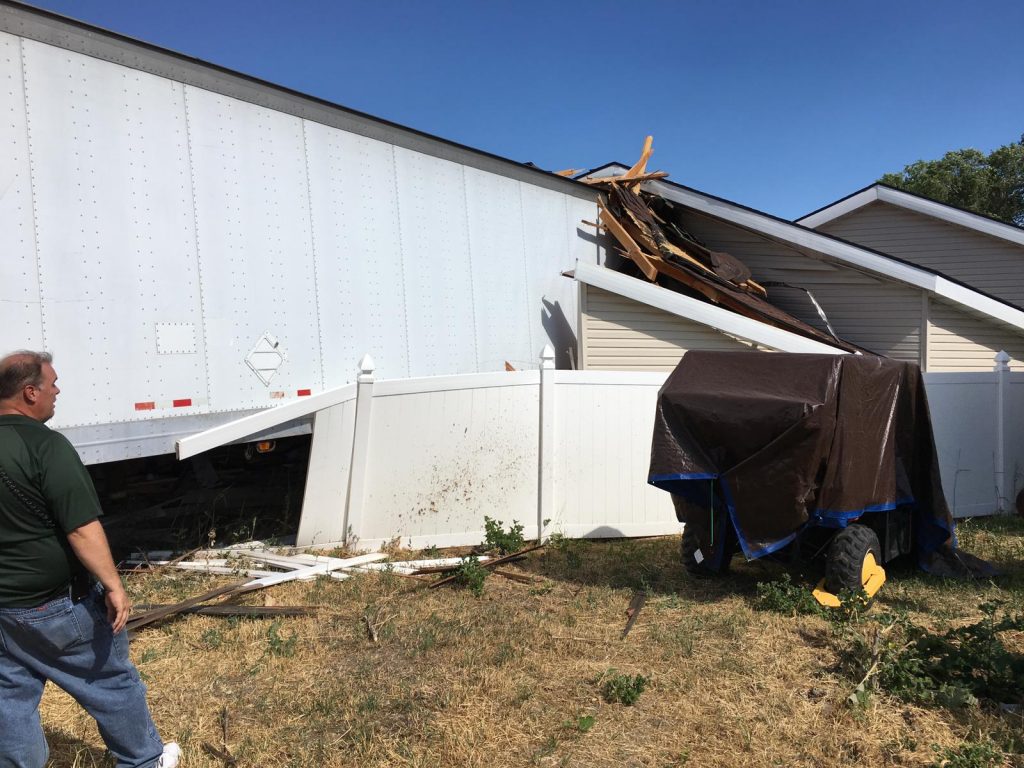 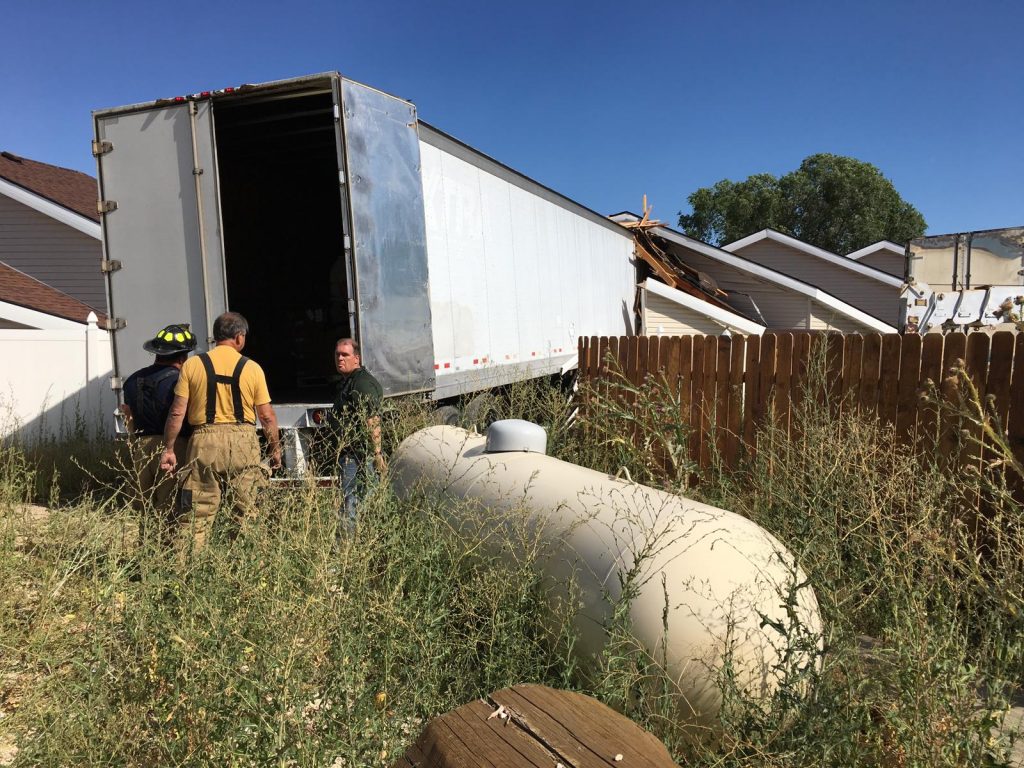