LOGAN — A single vehicle crash Wednesday afternoon partially blocked traffic and caused electricity to be knocked out for several hours. The accident was reported just after 2 p.m. near 4500 S. US-89/91 in Wellsville.

Utah Highway Patrol Sgt. Cade Brenchley said a box truck was travelling southbound out of Logan when it drifted across the road.

“The driver said he dozed off and probably closed his eyes for a few seconds,” explained Brenchley. “He drifted left, went across the median, northbound lanes and across the road.”

The truck sheared one power pole and then smashed into a second pole head on. The pole had three transformers attached to it that started on fire.

The flames severely damaged the truck and knocked out power to more than 1000 residents and businesses. Brenchley said troopers and fire fighters were able to get onto the scene just after it happened.

“There was pretty heavy flames and stuff coming from the backend of the truck, near the power pole. It wasn’t something that you could put out by a small fire extinguisher.”

The two men inside the truck were wearing seat belts. Neither were injured and no other vehicles were involved.

Northbound traffic was partially blocked for more than two hours as firefighters extinguished the fire and troopers investigated the crash. 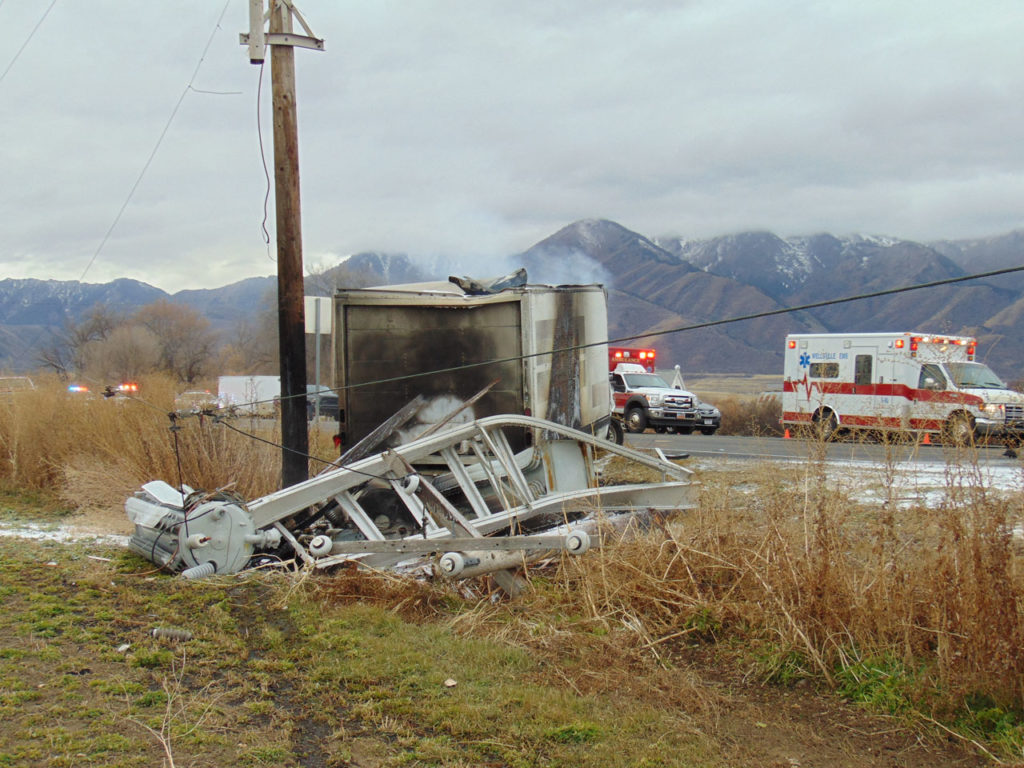 Crews responding to a box truck that crashed into a power pole near 4500 S. US-89/91 (Courtesy: Utah Highway Patrol) 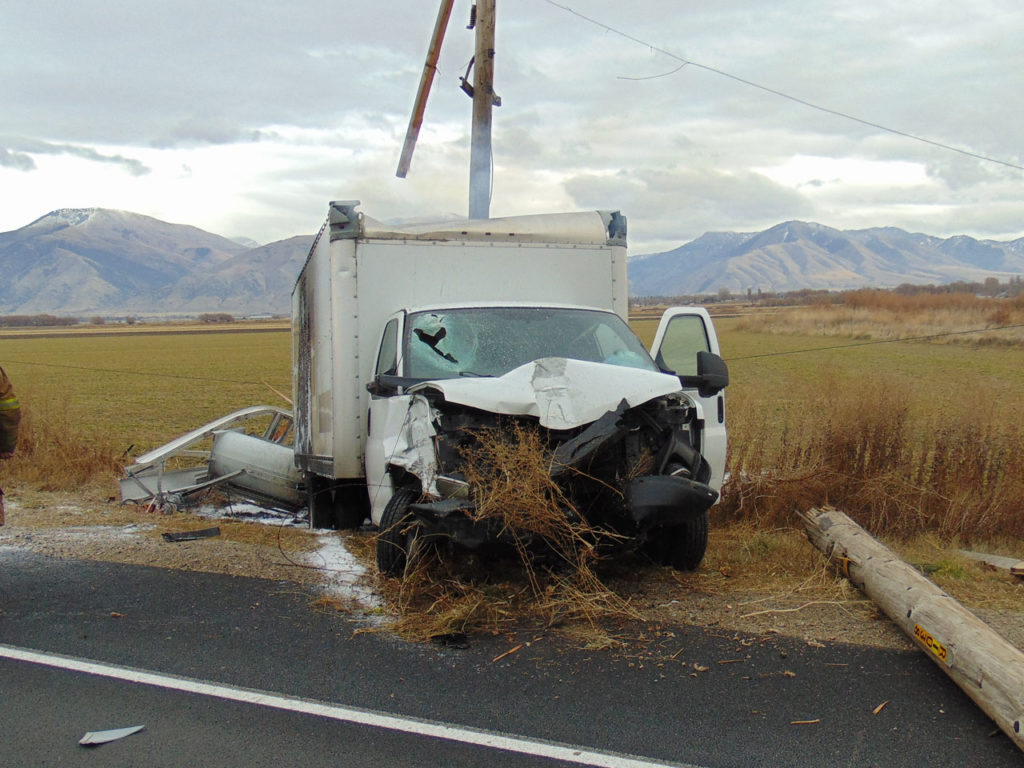 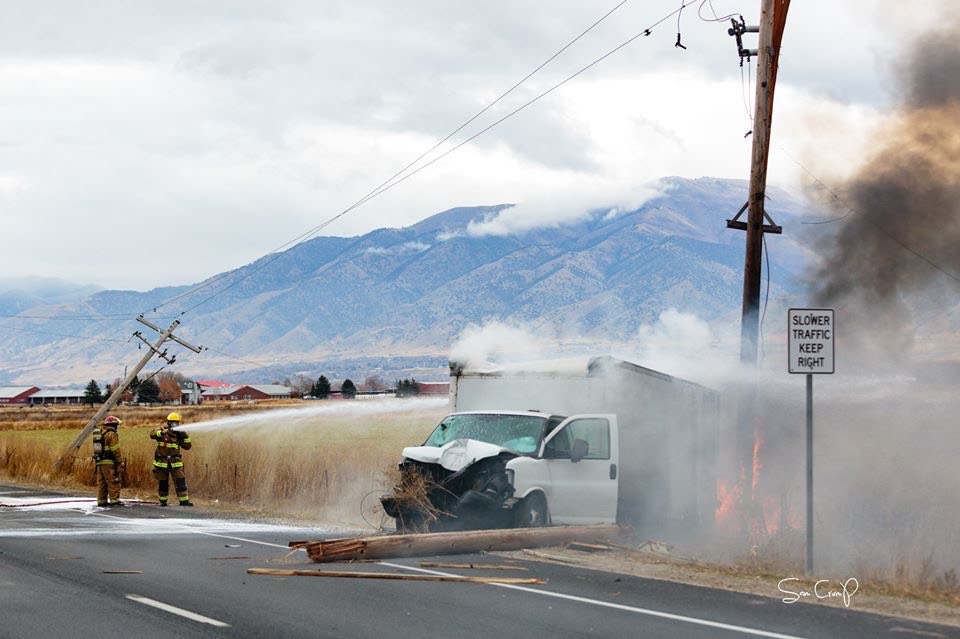 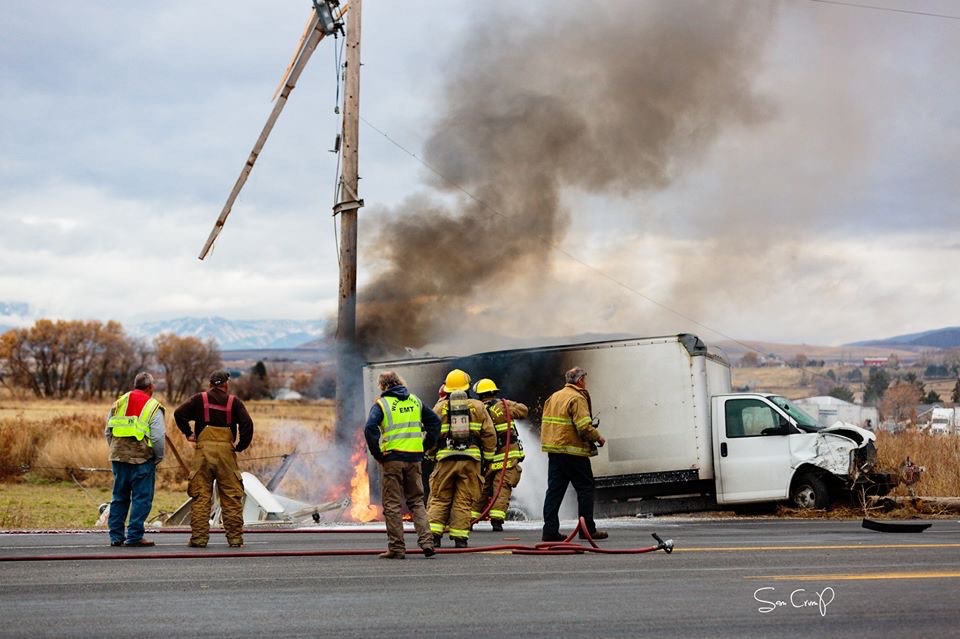 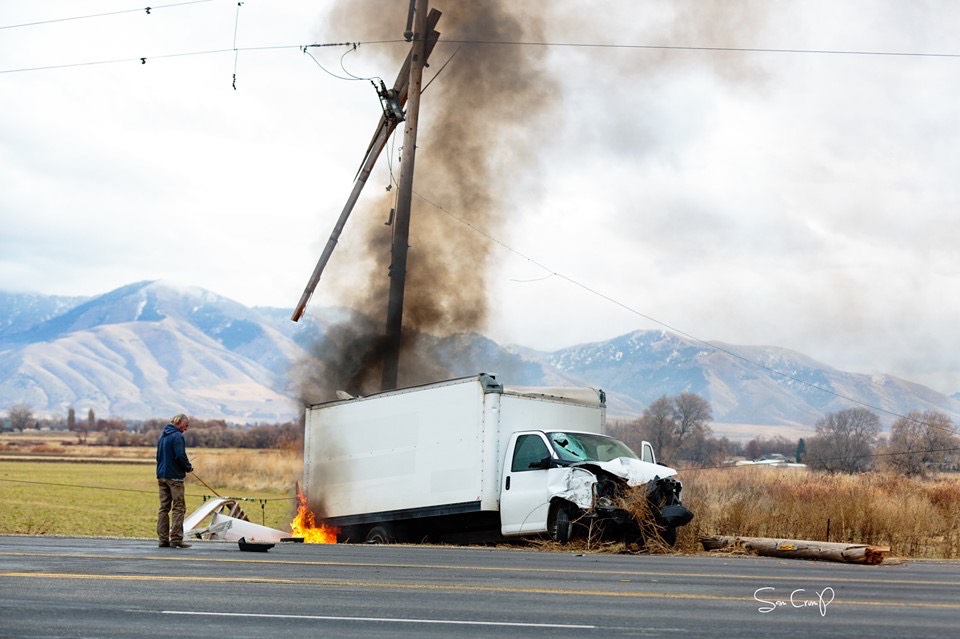