LOGAN, Utah – Utah State junior linebacker David Woodward announced Monday that he will forgo his final season of eligibility and declare for the 2020 NFL Draft.

“I want to thank my family, teammates, coaches and friends who have helped me during my football career,” said Woodward. “After spending four great years at Utah State University it is time for me to move on and chase my dream of playing professional football. Therefore, I will forgo my senior season and declare for the 2020 NFL Draft.”

Woodward, who redshirted at Utah State during the 2016 season, has started 20 of the 29 games he has played in over the last three years. He was named a Pro Football Focus (PFF) First-Team All-American and an Associated Press (AP) Third-Team All-American following his sophomore season in 2018. This year, he was named first-team all-Mountain West despite missing the last five games of the season due to injury.

“David Woodward is a tremendous football player and he gave everything he had to the program and his teammates during his time here,” said USU head coach Gary Andersen. “David will be successful in whatever he chooses to do in life. Go Aggies!”

As a sophomore, Woodward graded out as the top linebacker in the country at 91.6 percent according to PFF, as he ranked fourth in the nation with a 92.4 grade against the run and fourth in coverage at 90.5, and only missed two tackles all season. He also had eight double-digit tackle outings during the year and was one of just 20 players in the nation to have double-digit tackles in at least six games. Woodward finished his sophomore season with a then-career-high 20 tackles against Colorado State.

In just seven games this year, Woodward still leads the team with 93 tackles, which includes 2.0 sacks and 5.0 tackles for loss. He also has a team-best four forced fumbles as he returned one of those eight yards for his second-career touchdown. During his seven games this season, Woodward recorded double-digit tackles six times, including a career-high 24 stops at Wake Forest as he was named the Chuck Bednarik National Defensive Player of the Week. He also had 1.0 sacks and a career-best 3.5 tackles for loss, to go along with two forced fumbles against the Demon Deacons as those 24 tackles are the most in the nation at the Football Bowl Subdivision (FBS) level this season.

For his career, Woodward has a team-best 256 tackles, which includes 8.0 sacks and 20.5 tackles for loss, to go along with six forced fumbles and two fumble recoveries. Overall, he posted 15 double-digit tackle games in his career.

Woodward will begin combine training in January. Some future dates of importance are the NFL Combine, which will be held Feb. 23-March 2 in Indianapolis, USU’s Pro Day in March and the NFL Draft, which will take place April 23-25 in Las Vegas. 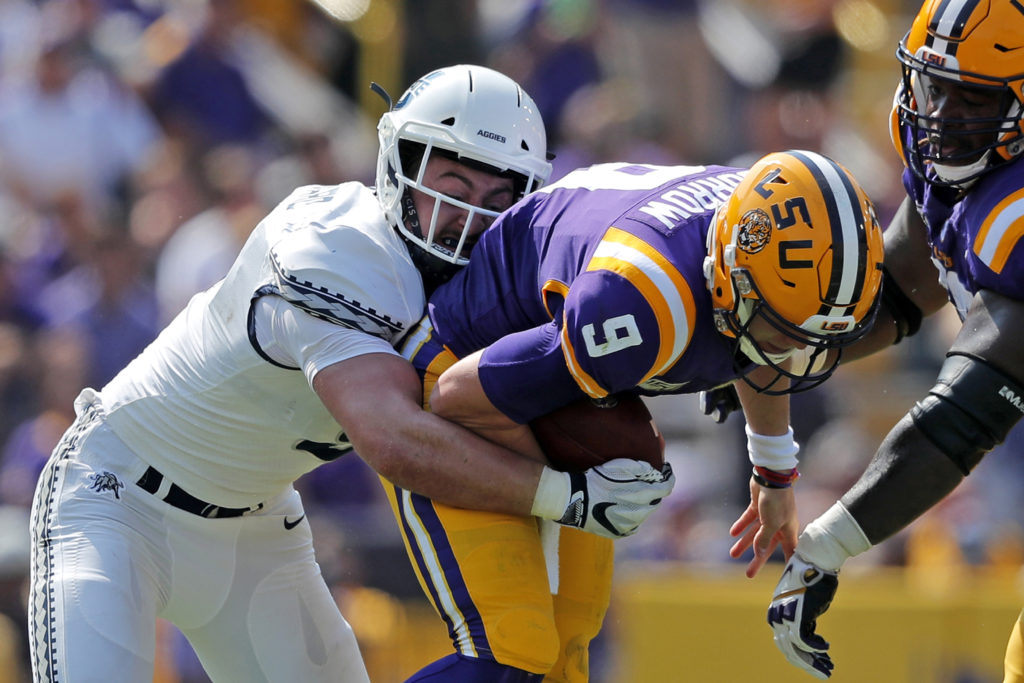 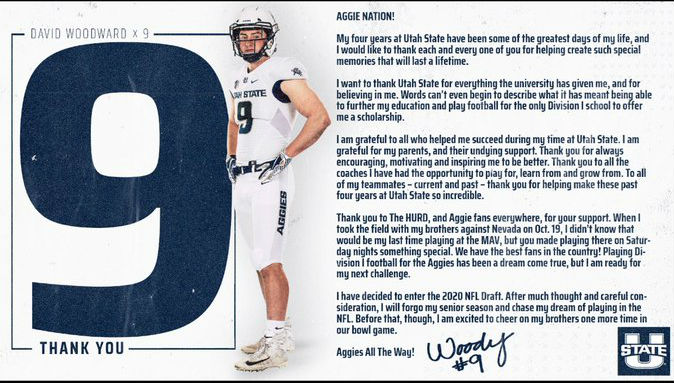