LOGAN – On the heels of a 1-4 five-game stretch, the worst of coach Craig Smith’s tenure at Utah State, the Aggies desperately needed a rebound performance. They got one, returning to the winner’s circle with a 72-47 win over Air Force on Tuesday night at the Dee Glen Smith Spectrum.

“They punked us at their place and they had some fun with it,” senior Sam Merril said of USU’s 79-60 loss to Air Force in Colorado Springs two weeks ago. “Which they deserved to have some fun with the way they beat us down. We were definitely ready tonight, that’s for sure.”

Utah State again started quickly, opening the game on a 7-0 run to immediately grab momentum. After opening up a double-digit advantage, however, the Aggies again went cold from the field, going scoreless for nearly five-and-a-half minutes. The drought allowed the Falcons to claw back to close the deficit to 20-17 with 5:41 remaining in the first half. Needing a spark, coach Smith provided it, earning a technical foul after animatedly arguing with several officials.

“I knew it was coming at some point,” Merrill said of coach’s outburst. “I thought we played hard the whole game, especially defensively… Offensively, we were struggling a little bit and I think we were trying to get bailed out a little too much. I think maybe at that point, we just decided ‘let’s take on the attitude of our coach and let’s be fire-y and let’s go play.’ We did a pretty good job of that.”

Kick-started by coach’s reaction, the Aggie offense came to life. Powered by 10 points from Merrill, Utah State blitzed the Falcons with a 25-7 run stretching over both halves to take a commanding 45-24 lead.

“The guys were fired up the whole time. They were ready to compete,” coach Smith said. “Honestly, maybe it just settled them down, too. Let’s just worry about playing basketball and not worrying about X, Y and Z that you can’t control.”

The Falcons threatened another comeback with a 10-2 run to trim USU’s lead to 14 points. It was the closest the Aggies would allow Air Force for the remainder of the contest. Utah State avoided any late-game meltdowns, regaining momentum with an 15-3 run and keeping the pressure on until the final buzzer. USU held the Falcons to a season-low 29 percent from the field.

“It’s like coach Smith always says: Toughest team wins,” sophomore Justin Bean said. “We did a really good job at playing hard and being mindful of who we’re guarding… I think we prepped probably the best we have all year honestly, and that showed on the floor tonight.”

“It’s exciting,” Merril said. “It means I’ve played a lot of games. To this point, I’m grateful for the opportunity to play for Utah State and contribute in any way that I can.”

With the win, the Aggies returned to .500 in Mountain West play. At 4-4, USU sits in a tie alongside Boise State for sixth place in the conference with 10 games remaining.

“It’s been a little bit of a rough go,” coach Smith said. “One of the quotes we shared with the guys, it was Martin Luther King Day obviously on Monday. ‘The ultimate measure of a man is not where he stands in times of comfort and convenience, but where he stands in times of challenge and controversy.’ Certainly, we’ve been experiencing that in 2020. So we’ve just got to keep on plugging away.”

Utah State will remain in Cache Valley to face Colorado State on Saturday. Tip-off is currently scheduled for 8:00 pm MST. 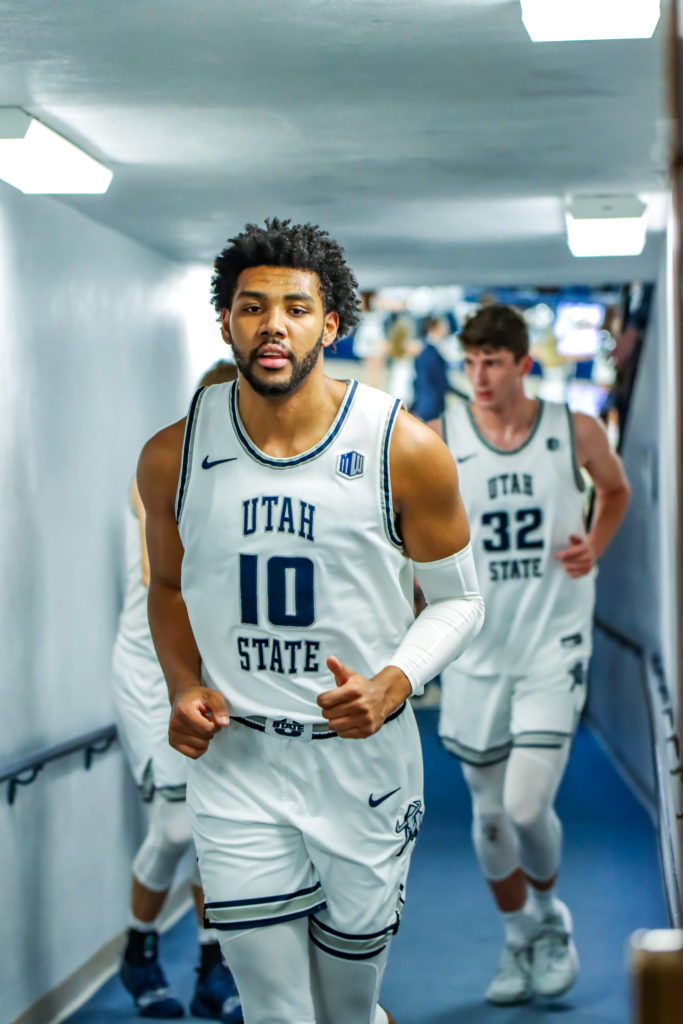 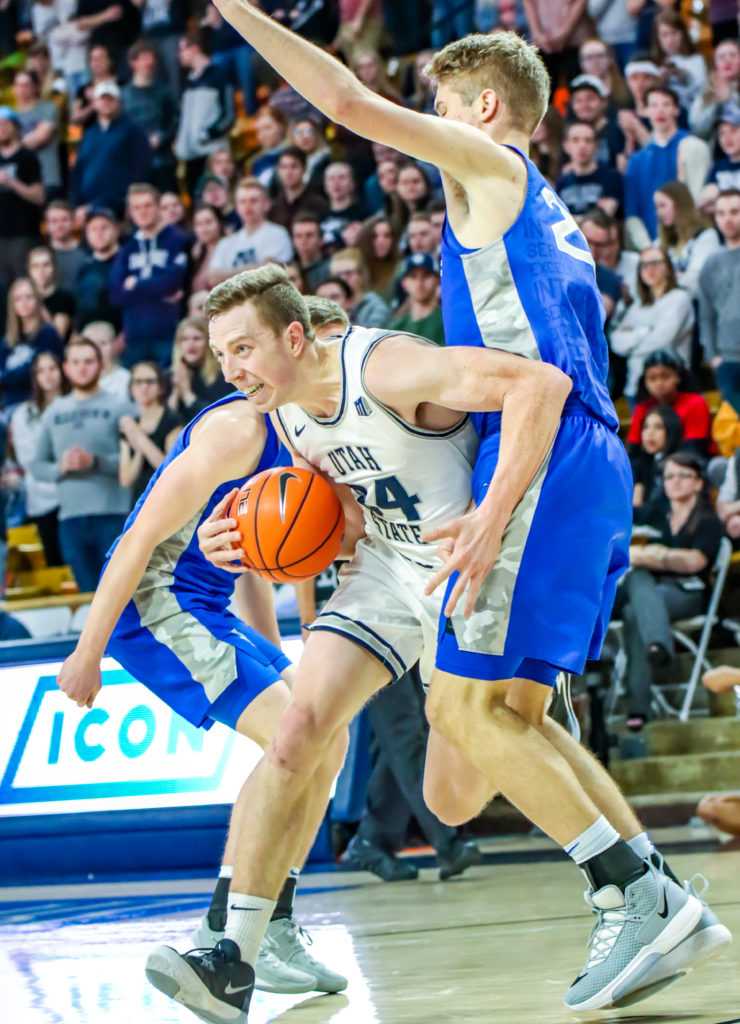 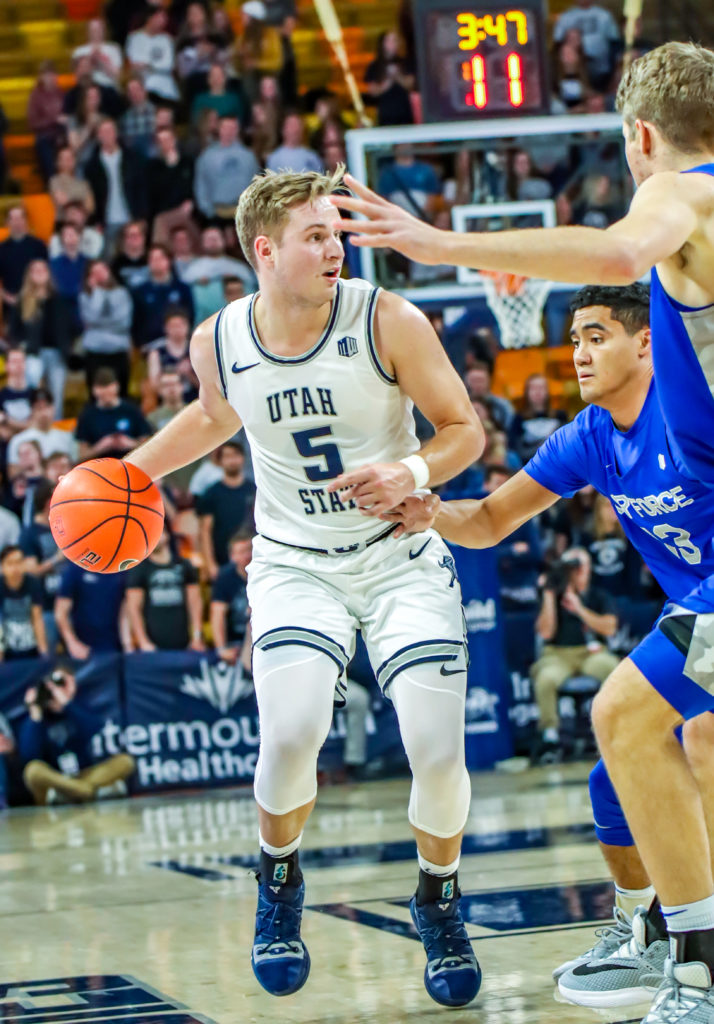 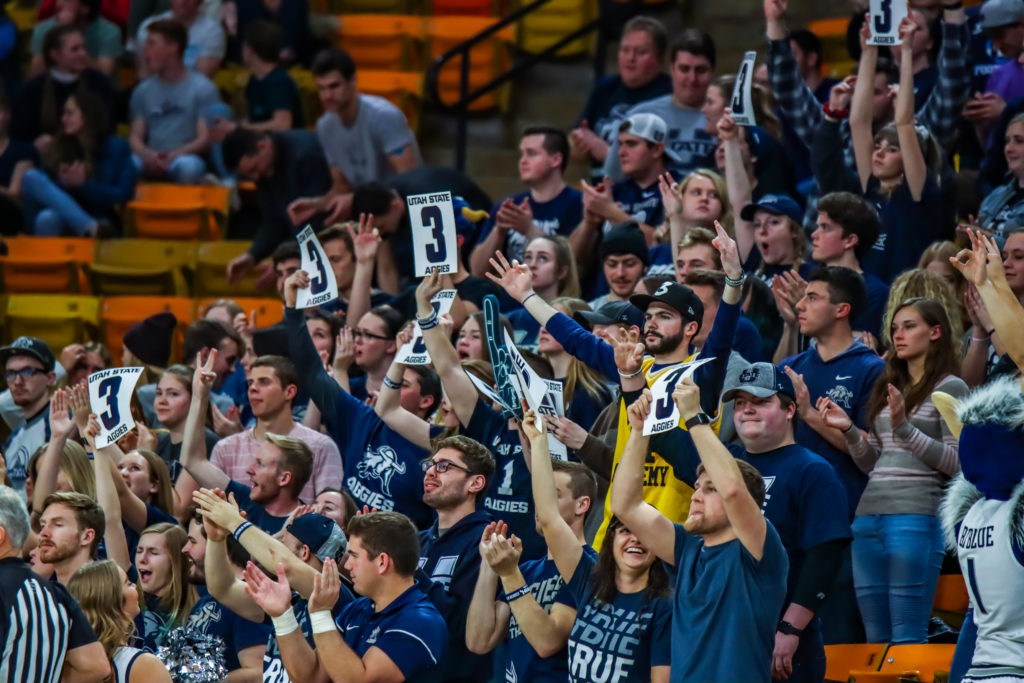 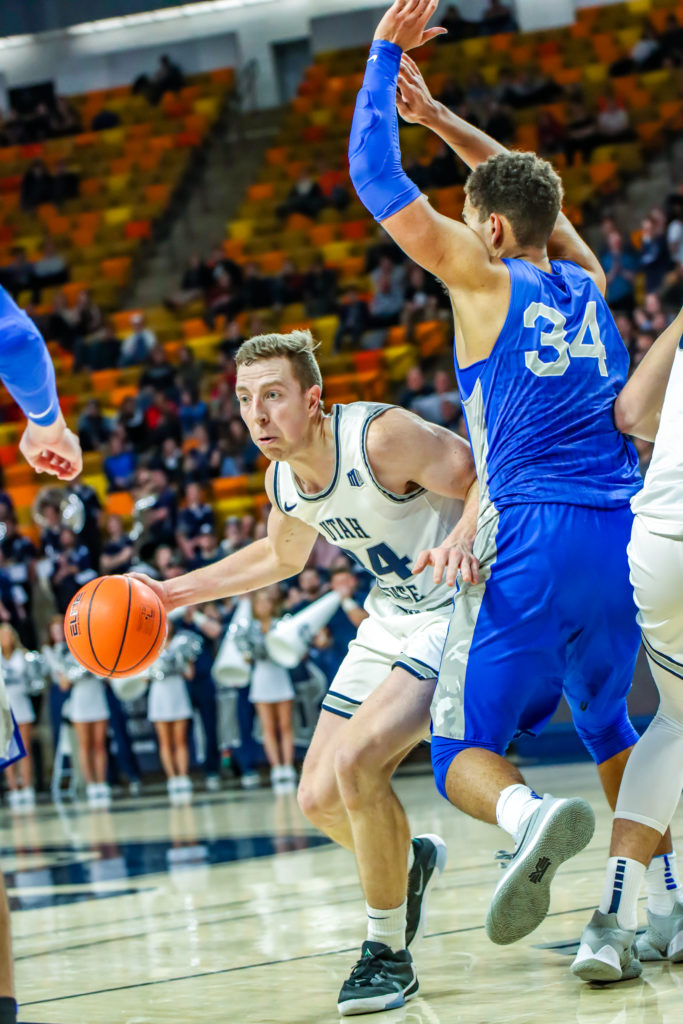 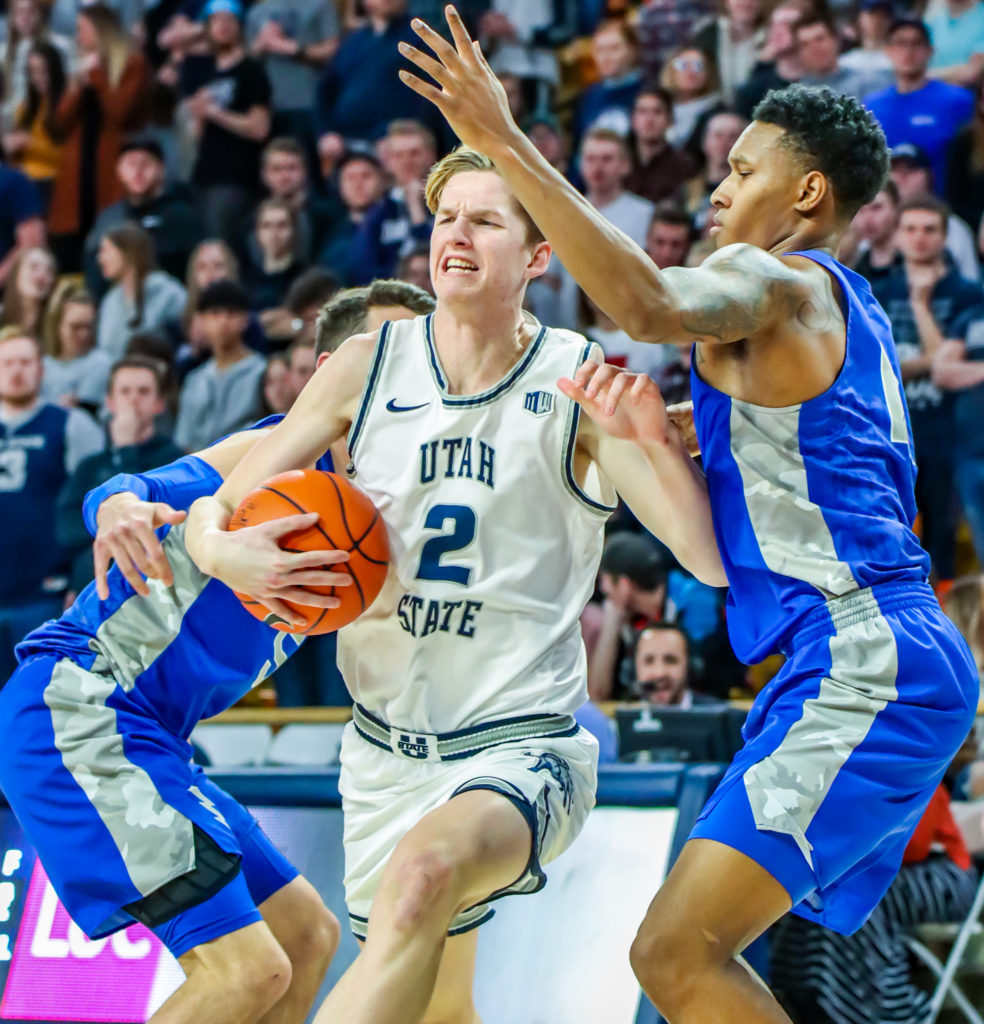 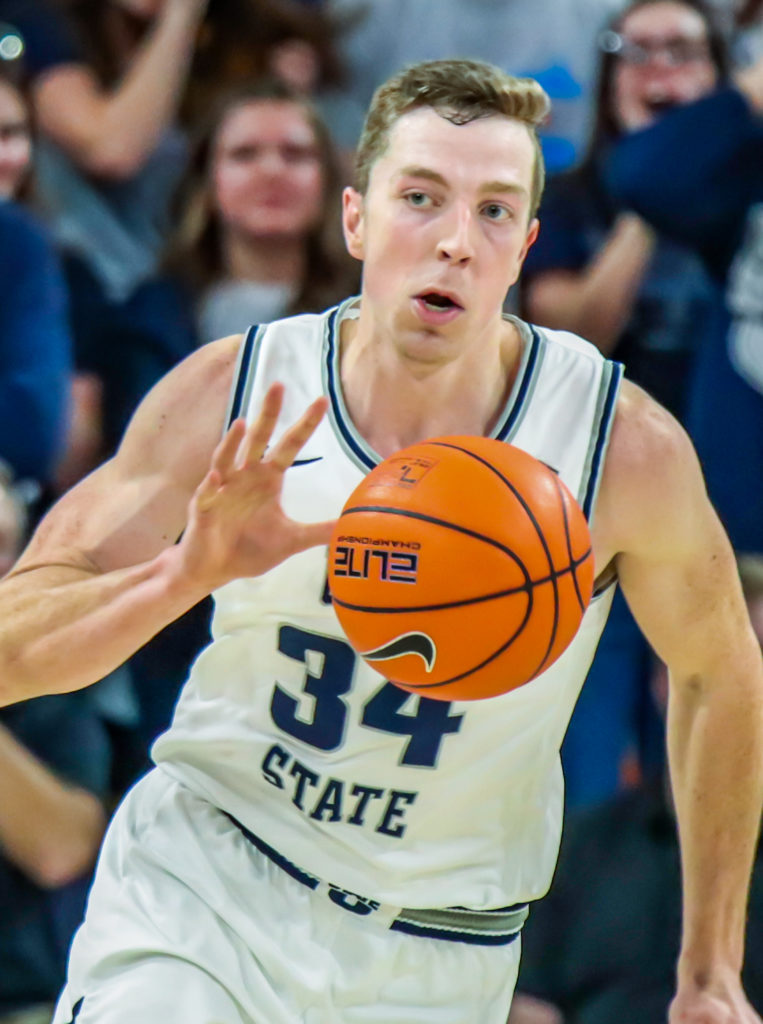 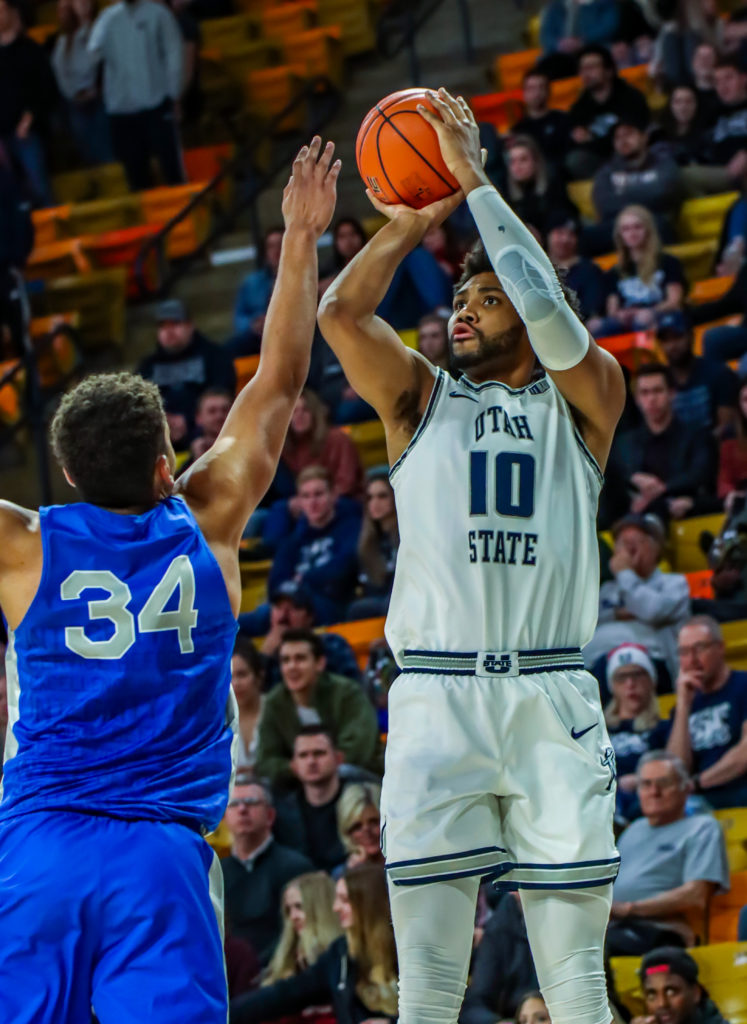 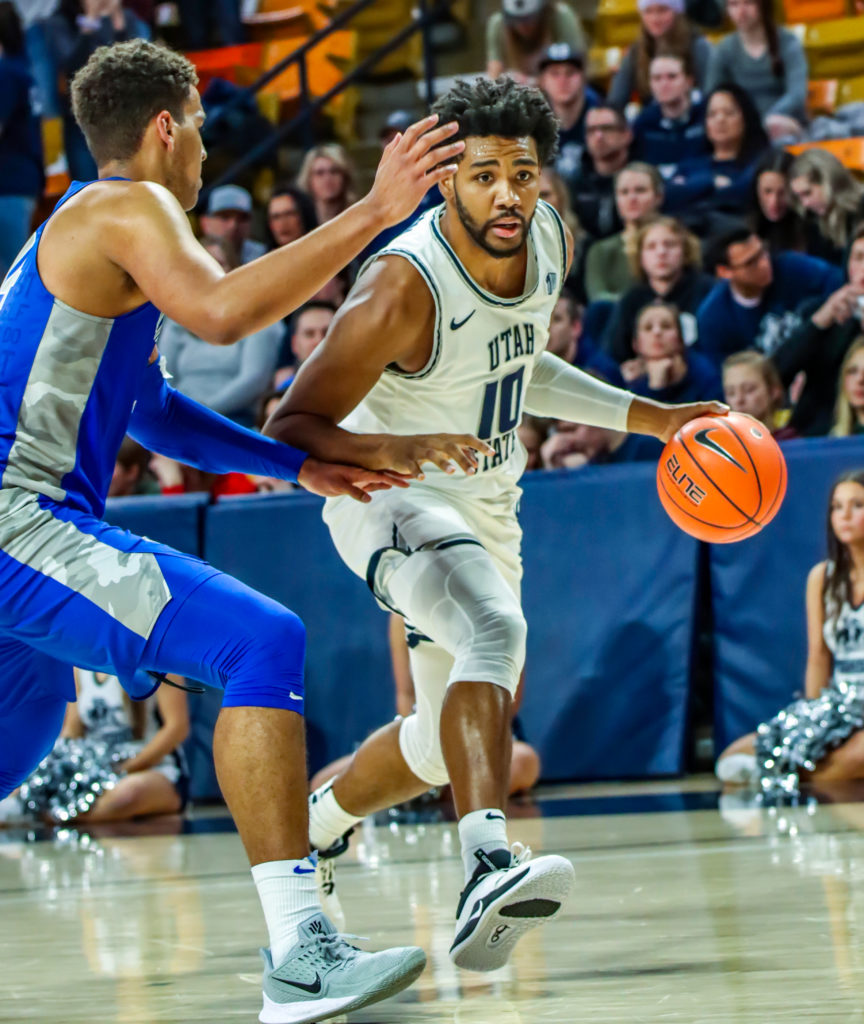 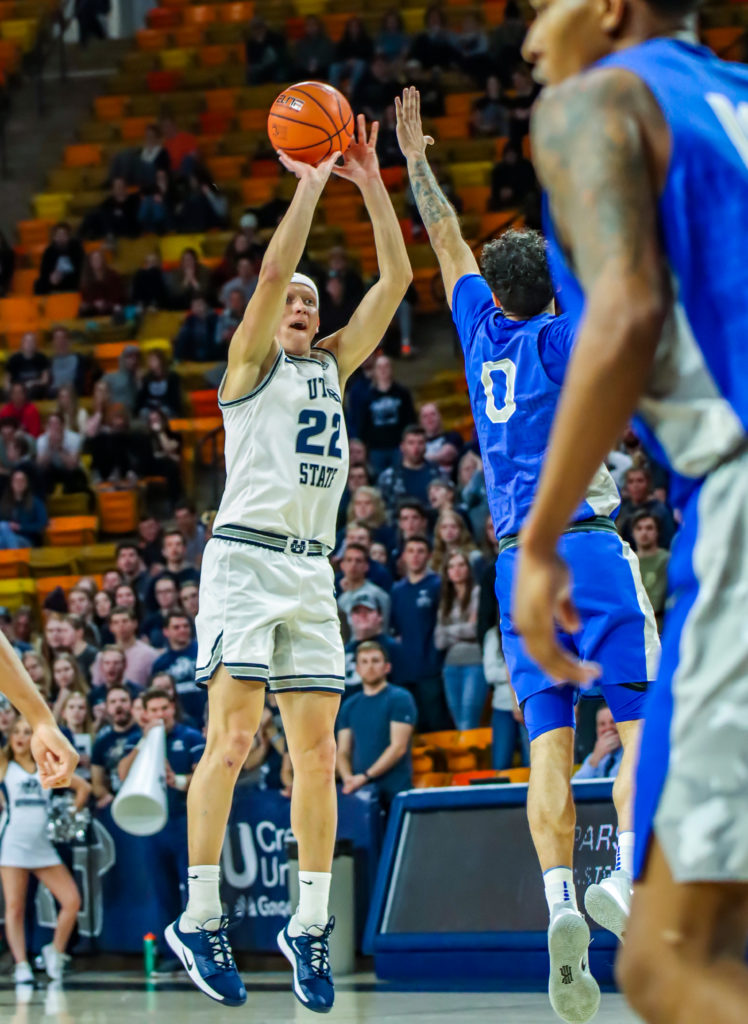 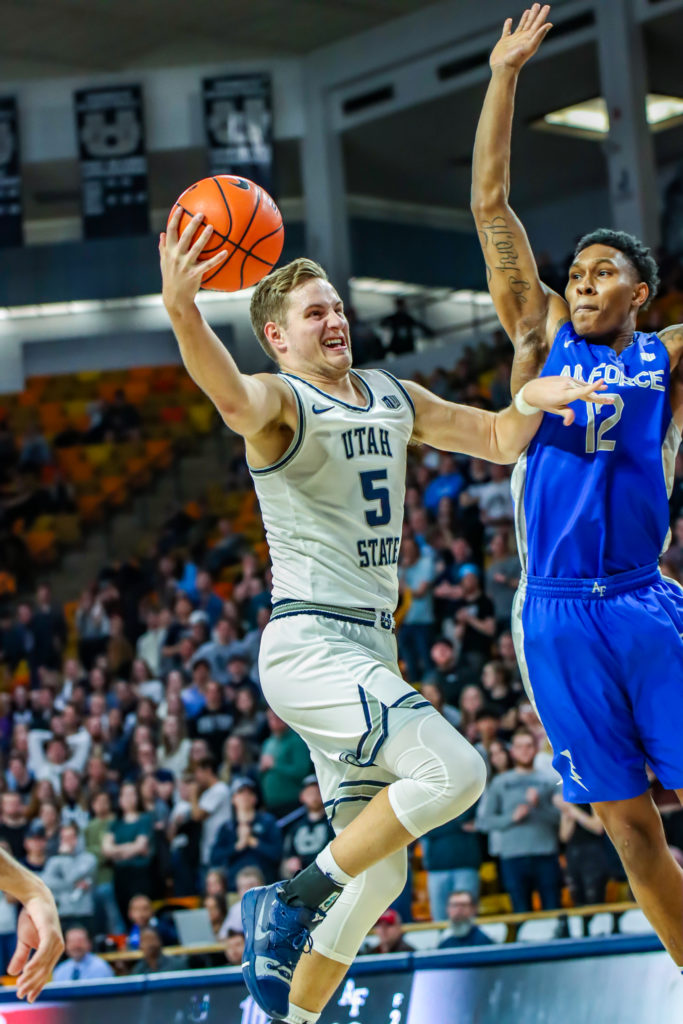 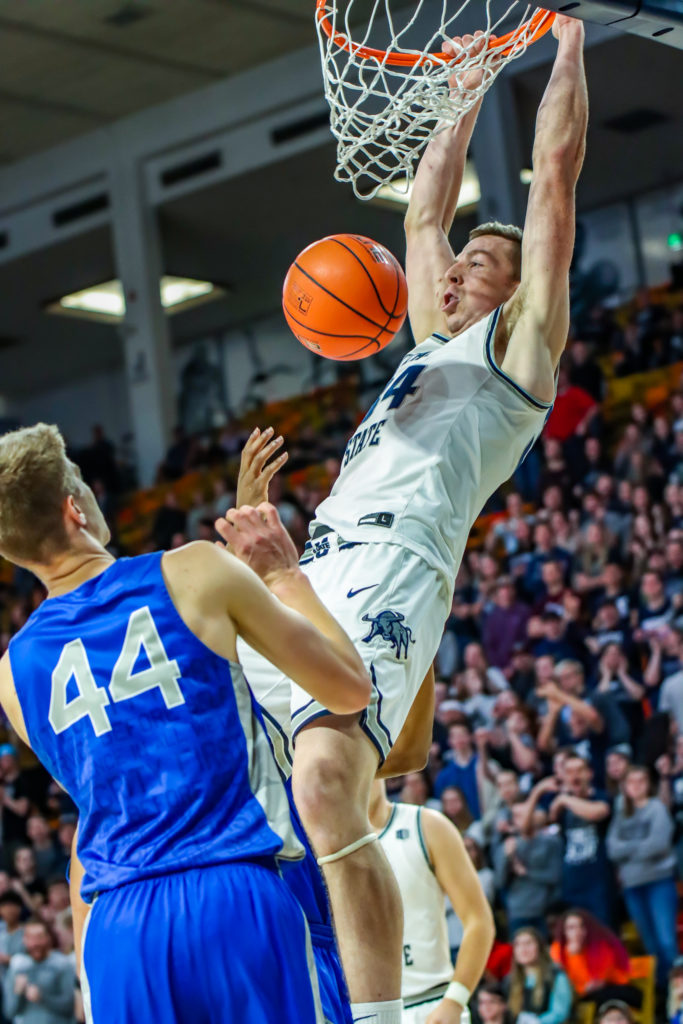 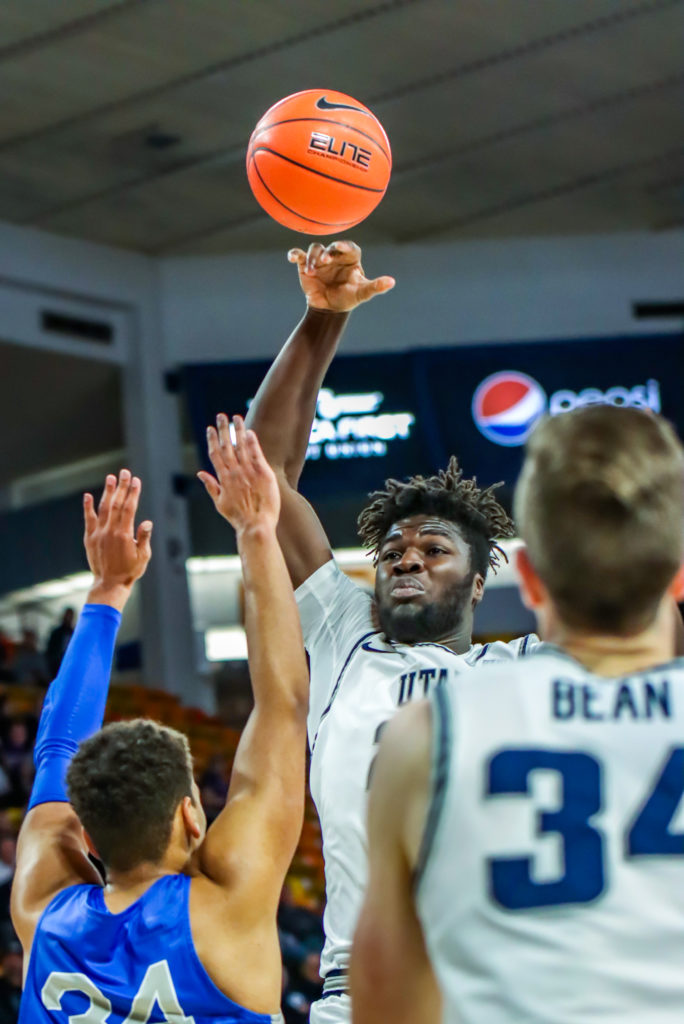 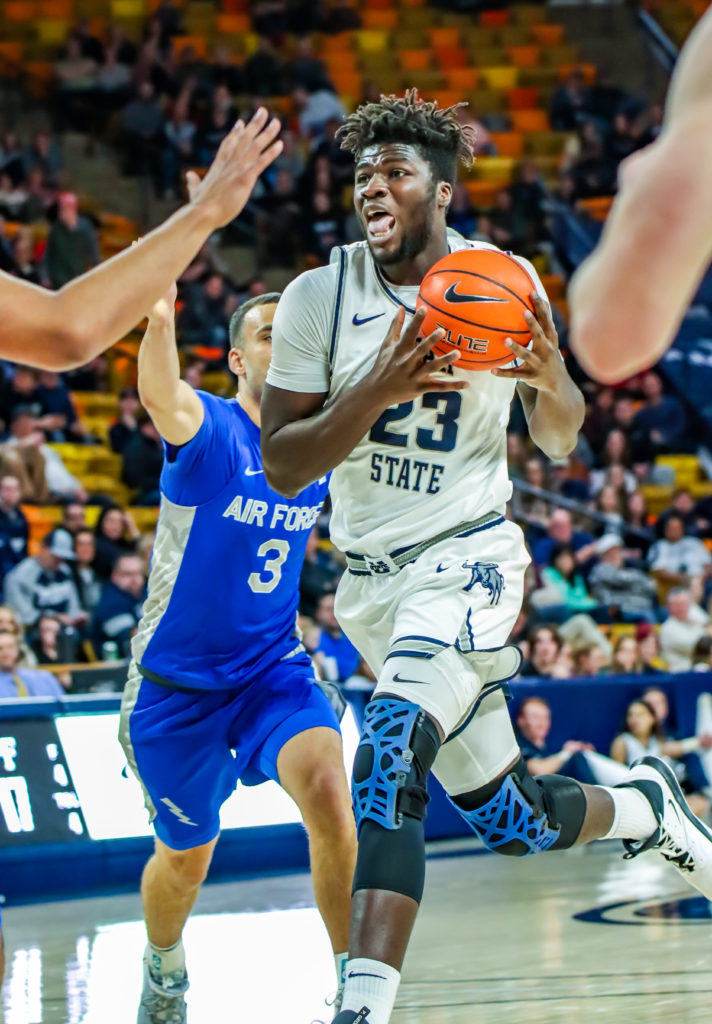 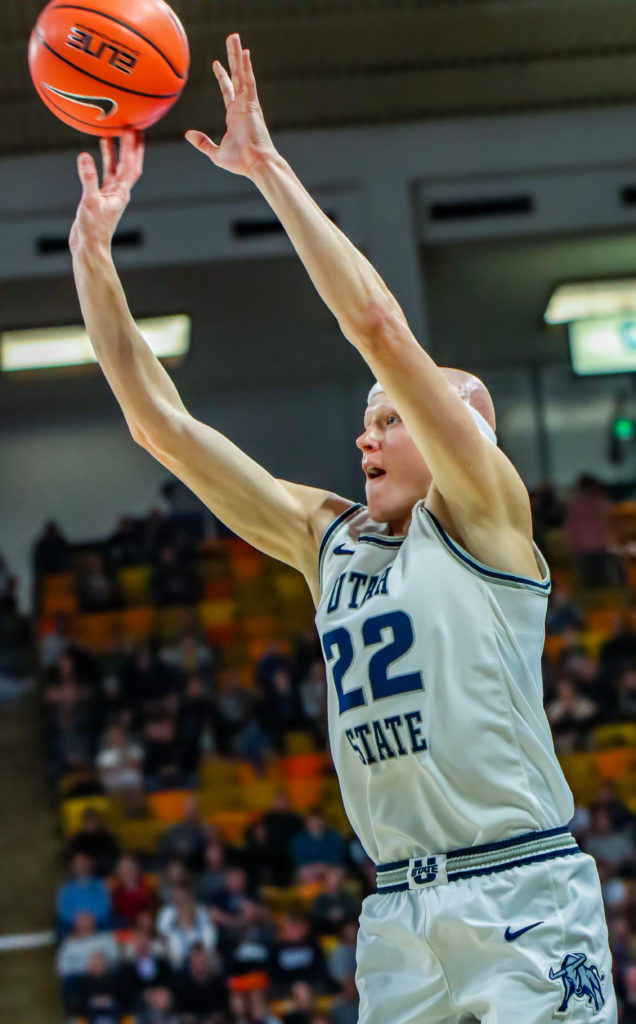 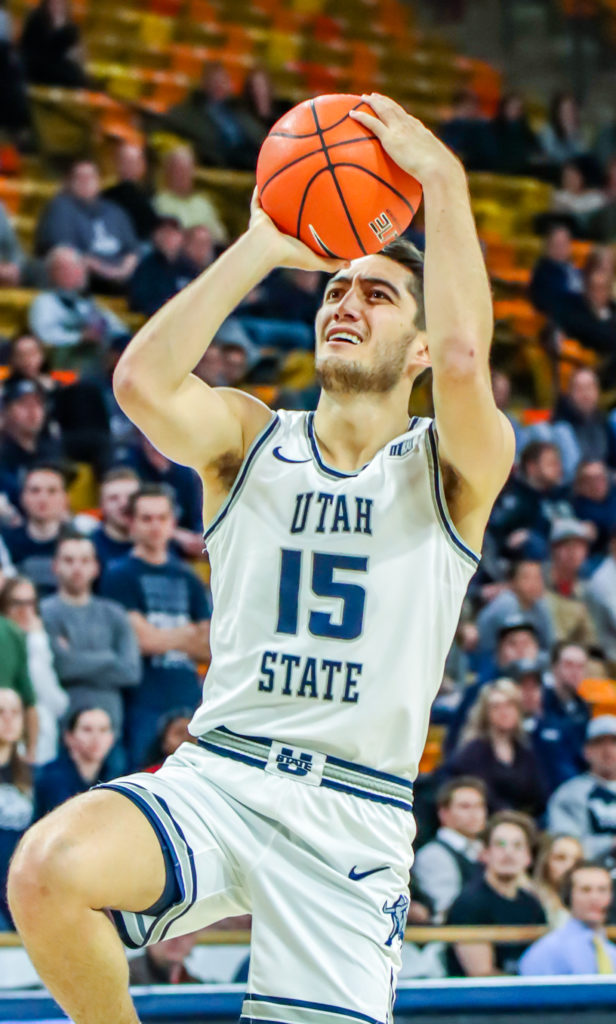 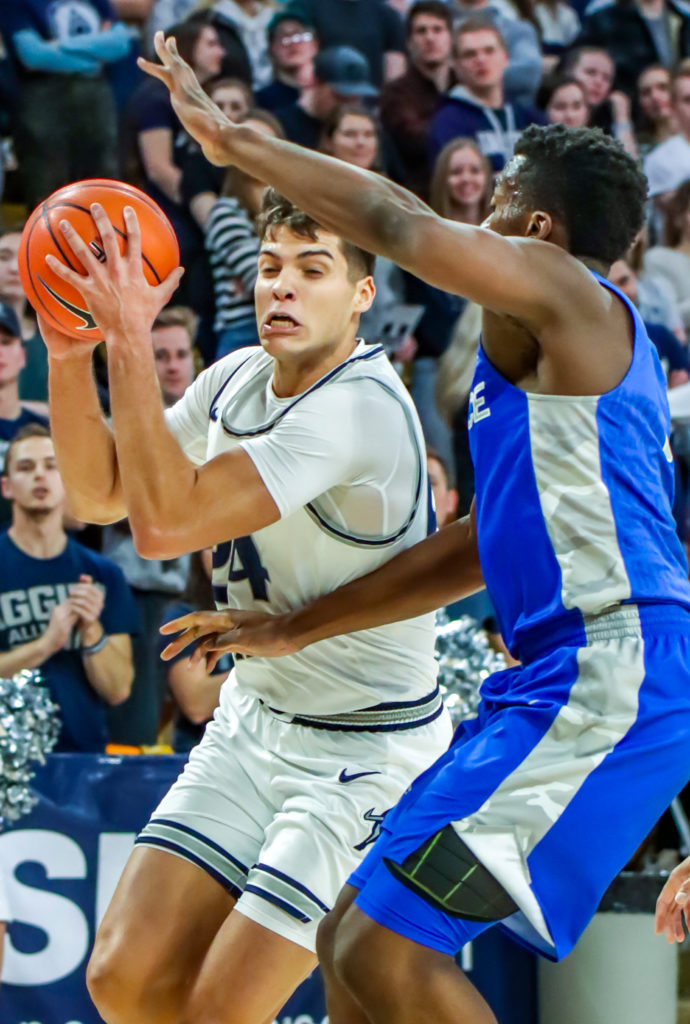 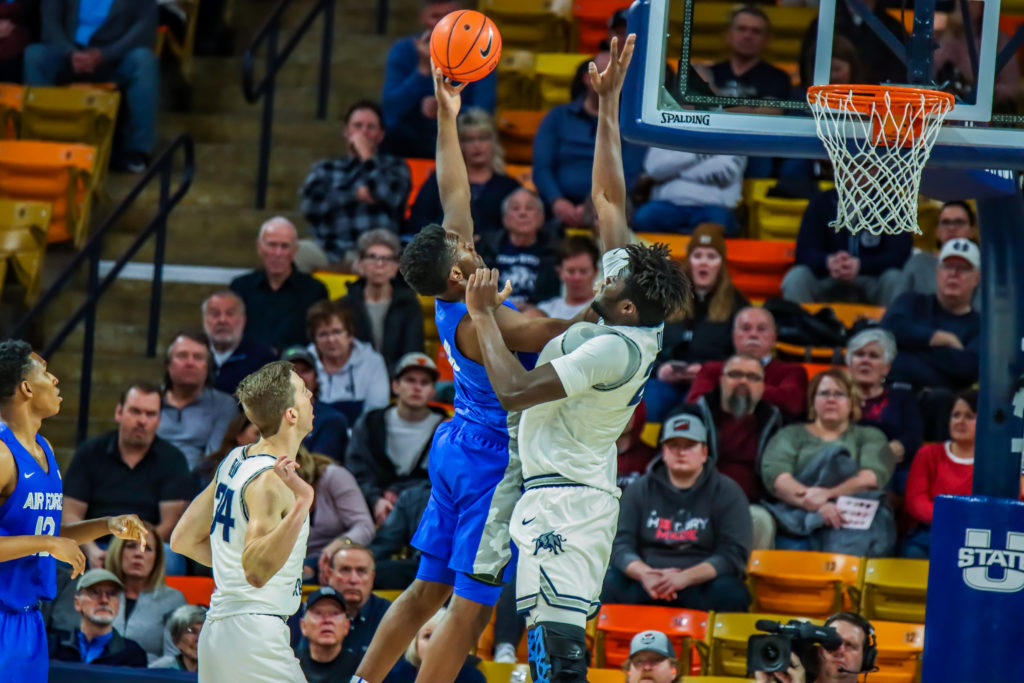 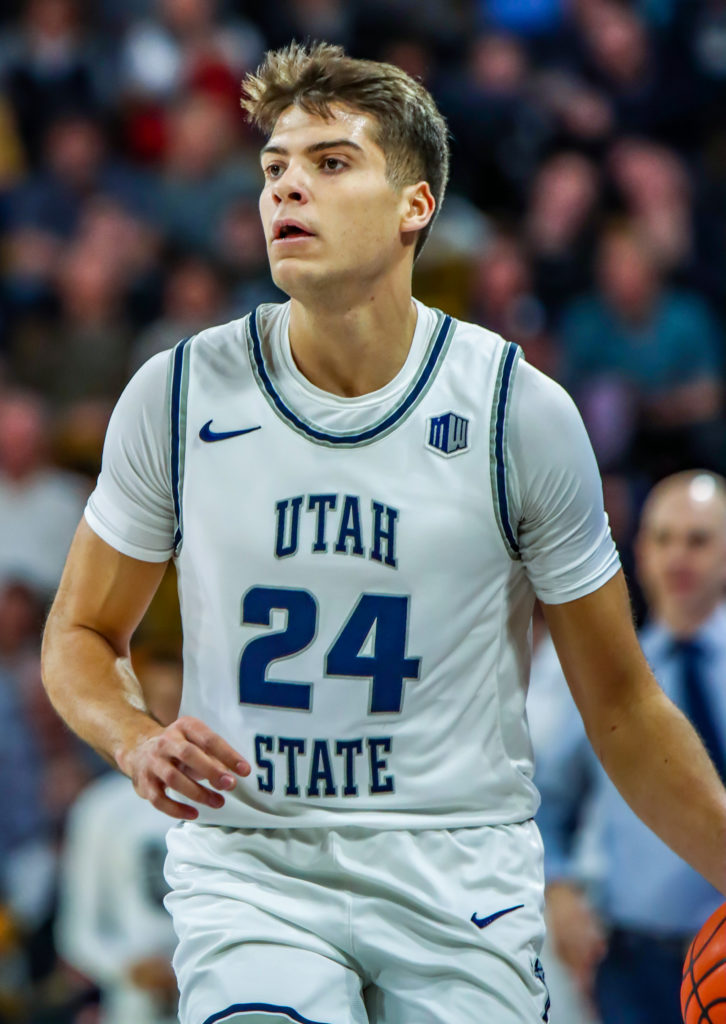 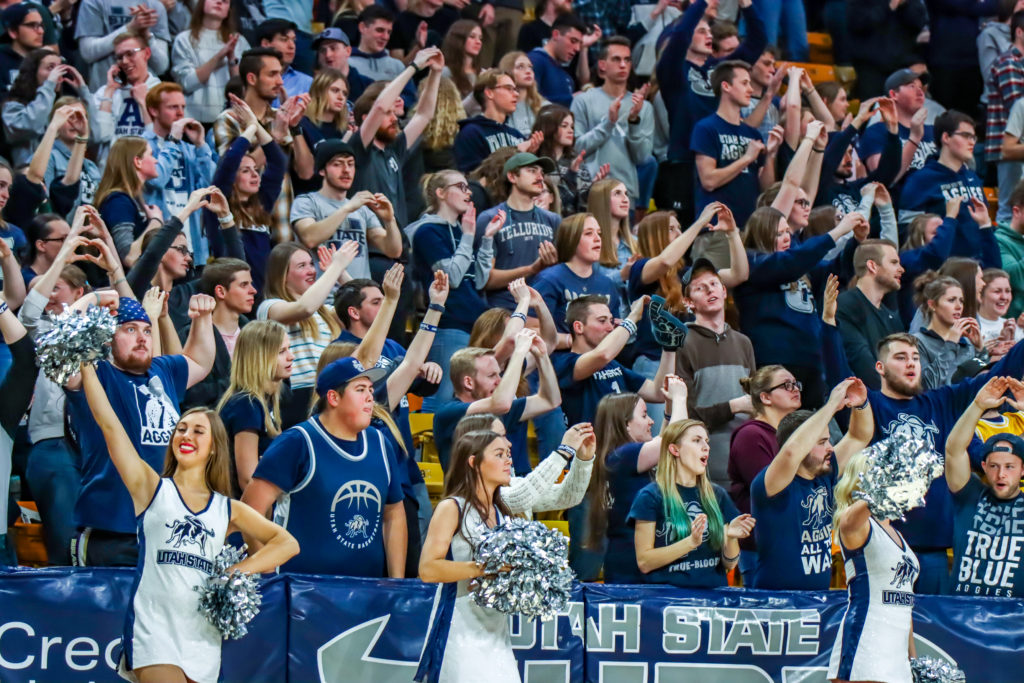 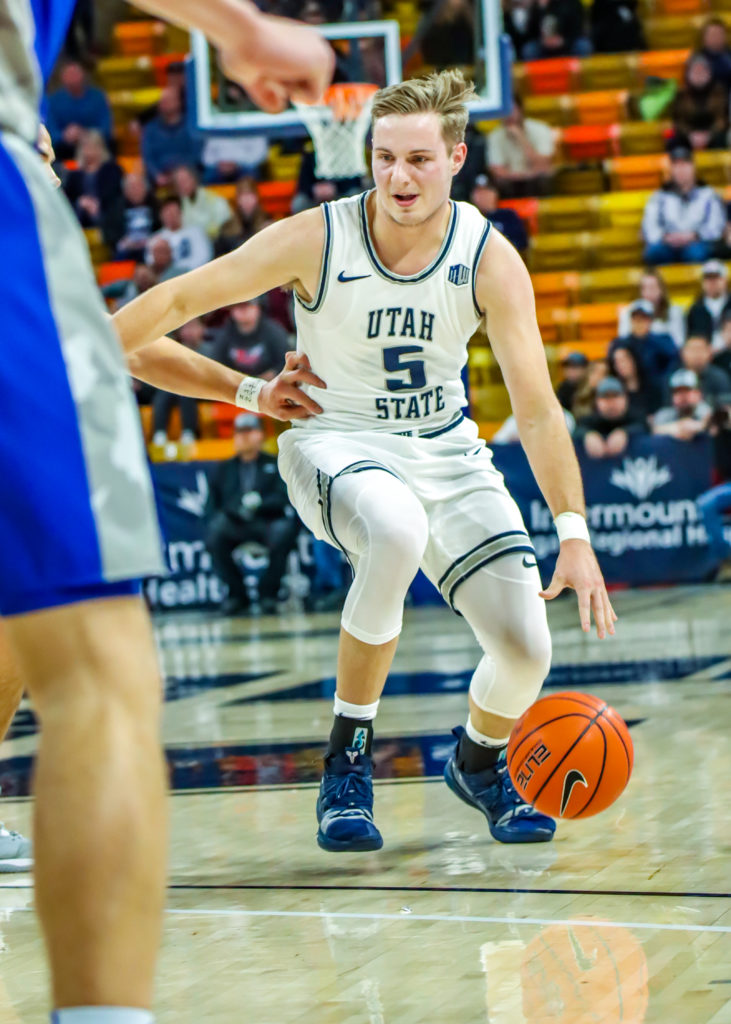 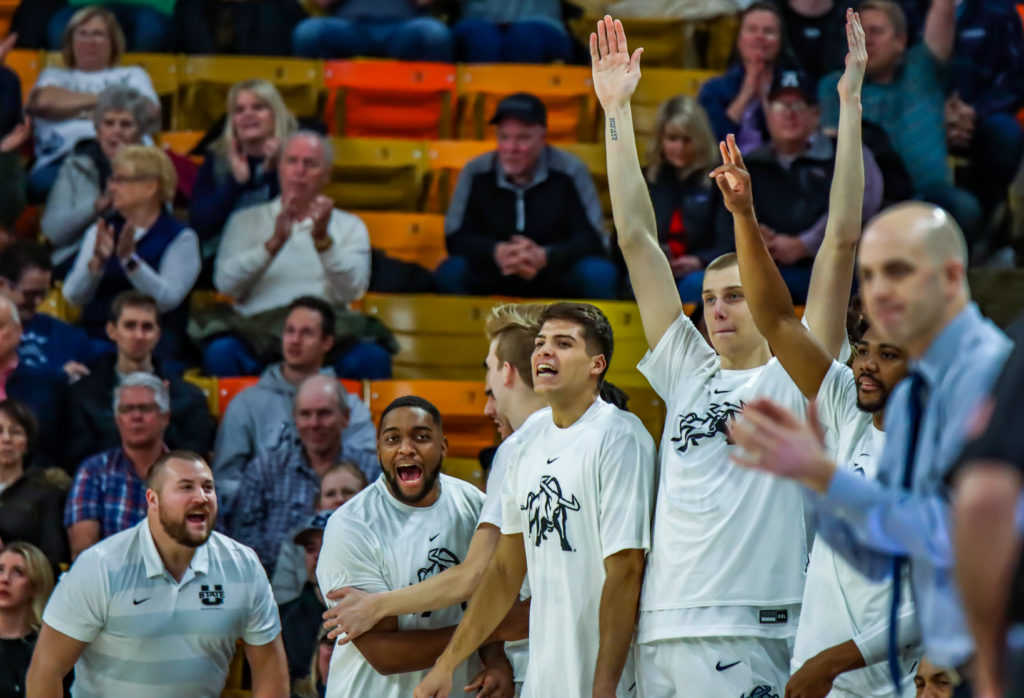