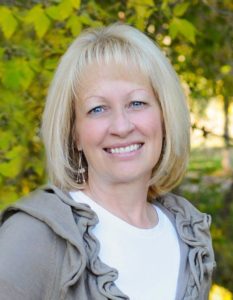 Susan was born March 3, 1955 in Preston, Idaho, to Cleve and Marian Bodily. She was the oldest of 9 children.

Susan attended Ricks College after graduating from High School (where she was voted Miss Congeniality). Following her time at Ricks, she moved to Provo, Utah, where she met Mike Stone. She married Mike on October 7, 1977. They had three children together: Melissa, Kristin, and Robert. On September, 19, 2003, she married Robert Fell, who was her devoted caretaker until the end of her life.

Throughout her life, Susan was the comedian of her family. She loved drama, singing, crafts, decorating for any occasion, and taking trips with her sisters. She loved getting her family together for the Fourth of July, Halloween, and Christmas. Every year, she directed her grandchildren in the Nativity at Christmastime. One of the great joys of her life was her grandchildren. She loved taking them shopping for their birthdays, taking them out to eat, and taking them to the hot air balloon festival on the Fourth of July.

Susan’s faith was a great strength to herself and others. She served in the Church of Jesus Christ of latter-day Saints in various capacities, and especially enjoyed serving the Primary children and the young women of her ward and stake.

Susan worked at Heritage Schools in Provo, Utah, as an admissions director for over twenty years. She enjoyed working with the kids, and made many life-long friends with her co-workers.

Viewing and funeral were a private service for the immediate family and held on March 18, 2020. Burial in the Fairview Cemetery in Fairview, Idaho.

Condolences and memories may be shared with the family at sundbergolpinmortuary.com