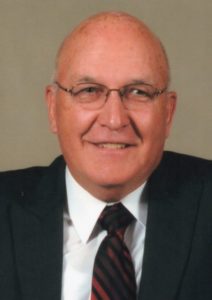 William Dunkley Poole was born January 13, 1941 in Preston, Idaho to William Wright and Georgia Hyde Poole. He was the fourth in a family of seven children.

He was raised on the family farm where he learned to love the land and developed many skills; planting, harvesting, irrigating, and maintenance of farm machinery all of which gave him great satisfaction.

His first eight years of schooling were in Whitney, Idaho. He graduated from Preston High School and attended BYU and continued being a loyal Cougar fan. He served a mission for the Church of Jesus Christ of Latter Day Saints in the Southern States.

He won the heart of Maxine Fellows and they were married in the Logan, Utah temple in 1964 and have been blessed with four children, fourteen grandchildren and one great-grandchild.

He graduated from Utah Technical College with a degree in heavy-duty equipment with emphasis in diesel mechanics. Bill remained in the trucking industry for 45 years as the maintenance supervisor for Garrett Freight Lines, ANR Freight, Americana Express Ways and Al Park Petroleum until his retirement in 2011.

Bill loved the great outdoors, snowmobiling, four wheeling, camping and family vacations. He enjoyed yard work, watching Fox News and his daily trip to 7-11 for a drink with friends.

Bill’s testimony of the Church was strong, and he never questioned or wavered from his beliefs. He enjoyed serving in the Bountiful Utah Temple, Church Employment Center, and as a service missionary on Temple Square. He willingly fulfilled many leadership callings each helping him feel closer to his Savior and creating wonderful new friendships as he served in each assignment.

We express gratitude to Mom who showed us how to be gentle and kind as she lovingly cared for Dad. We are thankful to generous neighbors who shared their time and served at a moment’s notice. Special thank you to Ashley and Stephanie for the exceptional Hospice care.

Due to current health concerns a small memorial services will be held Thursday, March 26, 2020.

Condolences and memories may be shared with the family at russonmortuary.com