LOGAN – Another confirmed case of coronavirus Wednesday is the second discovered in Box Elder County and the sixth overall in the Bear River Health District. 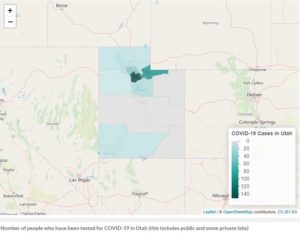 Bear River Health Department spokesperson Holly Budge said the new case involves an adult between the ages of 18-60 who contracted the virus from a known case, while traveling. That person is now home in self-isolation.

In the health department’s three county district, the other four cases were found in Cache County. Rich County has no reported cases.

The number of lab-confirmed COVID-19 cases in Utah has grown to 346 while 6,837 Utahns have been tested. The state does not publish the county-by-county testing numbers.

All six confirmed cases in the Bear River Health District have been recorded in the last nine days. 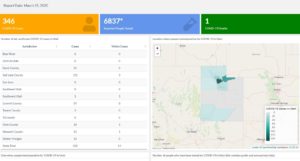 Budge said even though valley schools are not in session, with the observance of spring break BRHD officials are strongly urging families be very diligent in practicing social distancing to reduce the spread of the disease.

BRHD is also encouraging vulnerable populations — including adults over 65 and those with underlying health problems — to remain at home.