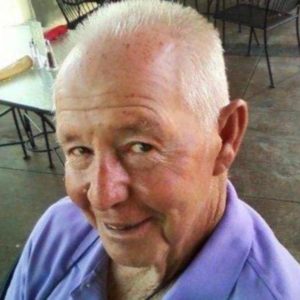 Nathan Edwin Robinson (age 84) of Cornish, Utah; passed away peacefully surrounded by family, due to causes of a stroke; on April 3, 2020.

Born July 1, 1935 in Pocatello, Idaho and was adopted by Ronald and Josie Robinson.  Upon graduating from North Cache High School in 1953, he was drafted in the United States Army during the Korean War, and obtained the rank of Corporal.  He was stationed overseas in Germany until 1957.

He met his sweetheart, Carolyn Kent,  while she was playing softball. Their first date was at Deer Cliff Inn.  They married on March 29, 1957 in the Logan, Utah Temple and established their home and raised their family in Cornish Utah.

Ed enjoyed the outdoors, especially biking. He participated in LOTOJA (a bike race from Logan, Utah to Jackson Hole, Wyoming) and team bi-athlons.

He loved building cabinets, taking care of animals, mowing the lawn at Cornish Park, reading, and watching movies with his wife.  He also loved telling stories of younger days; especially when he served in the Army, and visiting with friends and family.

Ed was an active member of The Church of Jesus Christ of Latter Day Saints where he was involved in scouting and served as ward clerk for many years.  He worked in the Logan Temple Baptistry. He loved working! After a long day of hard work he always said, “it was a nice day, a good day!” He was such a positive, quiet, kind man who never thought of himself, only others.

Ed was very versatile in his talents and abilities. He had a variety of jobs throughout his life.  He enjoyed serving as a vehicle mechanic in the Army, driving semi and milk trucks, building cabinets, and many more.  His favorite job was driving many wonderful children on the school bus for 40 years. One of the highlights at the end of the year was taking students to the Teton Science School and Yellowstone.

He was preceded in death by his parents, brother Jay Robinson, and his son Ron.

The family would like to express their heartfelt appreciation to IHC Hospice Service,  especially Bonnie and Kristy, as well as many friends and neighbors.

A video of his life can be viewed now on YouTube

The family service will also be available to view at the same YouTube link Wednesday afternoon.