Some of the food collected at the Cache Community Food Pantry, during the Day of Giving.

LOGAN – Thousands of Utahns are out of work or have had their incomes significantly impacted by the coronavirus pandemic. As a result, requests for help at the Cache Community Food Pantry have significantly increased. As an added concern, two of the pantry’s two largest food drives of the year have been canceled: the Scouting For Food drive in March and the Letter Carriers Food Drive (normally scheduled in May). In response, the Cache Valley Media Group will be sponsoring a drop-off food drive on April 18th. 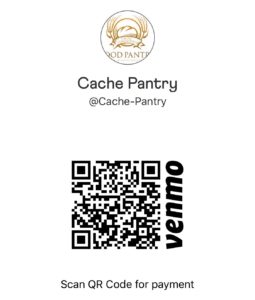 Demands for the pantry’s services have skyrocketed while donations have plummeted.

“We have new applicants every day,” says Cache Community Food Pantry Director Matt Whitaker. “These are from your industries that can’t work, your waitresses, your entertainment industry and coming in because they can’t go to work. They’ve blown through their savings or anything they might have had.”

The Scouting for Food and Letter Carrier food drives typically bring in approximately 150,000 pounds of food in the spring, which sustains the pantry through the summer and early fall.

Radio personality Loralee Choate, co-host of Q92.9’s morning show, heard of the canceled food drives and saw the unemployment numbers continuing to increase and became concerned for her community’s welfare.

“I immediately thought, ‘how are we going to feed Cache Valley?’ I saw his food drives get postponed, shelves at grocery stores empty because of panic buying, and people losing their jobs,” Choate exclaims. “I really wanted to help. I was sitting in my studio thinking if I could get the Cache Valley Media Group on board, we could really be in a position to help.” 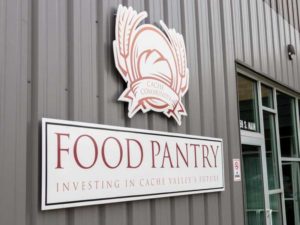 Choate began coordinating with the food pantry and other radio stations to develop a strategy and set a date. On Saturday, April 18 between 8 a.m. and 12 noon, the community is encouraged to drop off food and hygiene products at the Cache Community Food Pantry located at 359 South Main Street in Logan. DJs on multiple radio stations and social media accounts will be heavily promoting the food drive over the next week.

“Just pull into the parking lot, pull up and pop the trunk,” Whitaker says. “We’ll unload it for you. We’ll take anything. If I had my choice, I’d look for some cereal, some flour and sugar, but we’ll take anything that anybody would care to donate.”

According to the World Health Organization, the virus “may persist on surfaces for a few hours or up to several days. This may vary under different conditions (e.g. type of surface, temperature or humidity of the environment).”

Safety remains a concern, but Whitaker says volunteers will wear gloves and masks and they will regularly sanitize bins as donations are collected. Even the food itself will be put in quarantine.

“Once it’s all in our containers, we’re going to take it and put it away in our warehouse and let it sit there for about a week. That should take care of any potential virus left on any of the bags. It should die by then. After that time, we’ll pull it in and sort it to make it available for families.”

If people remain concerned about dropping off food at the pantry on April 18th, Whitaker says they can help by making a monetary donation. 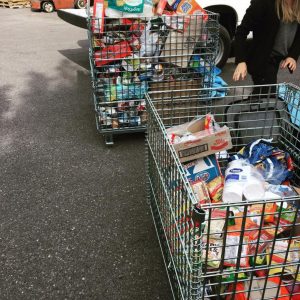 “If they don’t want to do a food donation, we can always do the shopping for them. They can make a financial contribution. They can go to our website at cachefoodpantry.com, we have a Venmo account now, it is @Cache-Pantry, …or they can mail a check to 359 South Main Street (Logan, UT, 84321).”

Whitaker says the pantry can make those dollars stretch farther than most people can, as grocery stores provide food staples at cost to the pantry.

Bins will be located outside the pantry so people can exit their vehicles and drop the food off without coming into contact with anyone. The rims of the bins will be disinfected after each donation and the food will sit in quarantine until it is safe to distribute.

If people need help unloading donations, a masked and gloved volunteer will remove the items from the trunk.

Additional information about the food pantry is available at cachefoodpantry.com.