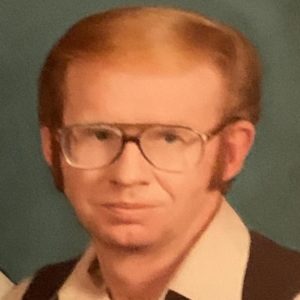 Patience, understanding, gentle kindness and fun loving are all qualities Richard Lloyd not only held in high esteem but practiced every day during his time on earth. His soft-spoken spirit should never be interrupted as passive, Richard was tough and a true champion to the underdogs. He was accepting of all regardless of their faults or weaknesses. He saw the best in each individual and stood firm on what he knew to be right. These qualities are his legacy, things he taught us all through his loving example.

Richard Brent Lloyd was born November 13, 1944 in Montpelier, Idaho to Gilbert and Florence Sorensen Lloyd. Montpelier was were he spent his formative years attending grade school and graduating from Montpelier High School in 1963. He attended Idaho State University, participating in the ROTC. He later transferred to LDS business college where he pursued a degree in accounting.

While studying in Salt Lake City, Richards father passed away. Placing his education on hold, he returned home to help save the family ranch. After his mother remarried Richard felt confident in leaving the ranch and pursuing his own dreams. It was at this time he married his great love Dannia Miller. Their love story is one for the ages as they supported each other through many trials and great triumphs. He will forever be Dannia’s Richard B.

They spent their winters in Pocatello, Idaho and summers working in West Yellowstone Montana. During this time, they welcomed 3 beautiful children into their home. Cherrie, Ricky, and Laura Lynn brought immense joy into his life. The responsibilities of fatherhood encouraged him to leave Pocatello and take permanent employment and residency in West Yellowstone. The birth of Catherine was a joyful surprise and the perfect completion of their family.

Known to all as the bread man, Richard was employed by Wonder Bread. He traversed the greater Yellowstone area delivering baked goods. He developed many great friendships as he stocked shelves and supervised employees. Richard became a mentor to many individuals as he was willing to hire and help those in need of a job. His sense of humor and acceptance of all quickly instilled him as an integral member of the Yellowstone community.

As a jack of all trades he spent his time serving his neighbors with plumbing, electrical and mechanical needs. He held many calling in The Church of Jesus Christ of Latter Day Saints and was loved by the ward and youth members. He was a constant supporter of the youth, helping with many Boy Scout and youth activities. He loved to laugh and tease as he worked alongside and mentored the youth.

In his latter years he expanded his career ventures, becoming an entrepreneur owning many small businesses. He also became the local friendly Postman. These ventures endeared him more to the community as very few people did not know Richard Lloyd.

Some of his greatest joy came through the role of grandpa. Lovingly referred to as Pockey (for the treats always found in his shirt pocket) his 16 grandchildren filled his life with pure delight. He loved attending all their key events and was present at all major milestones. He was their biggest support and greatest cheerleader. Anything for family was surely Richards motto.

True to character he fought a long valiant fight with cancer. After years of treatment and willingness to never give up, his body finally succumb to it effects. Richard Brent Lloyd died peacefully in his home on June 2, 2020 surrounded by loved ones. Though his body no longer walks this earth his spirit and his many wonderful qualities live on in his great friendships and sweet eternal family.