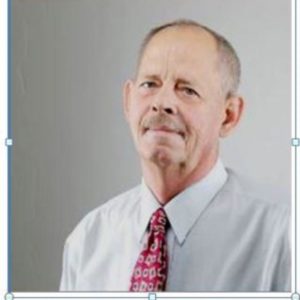 Jerry Jorgensen, Jr., was born in Chicago, Illinois on March 12, 1956, to Jerry and Gay Lynn Jorgensen.

He died at his home in Lewiston, Utah, on June 15, 2020, surrounded by those he loved. His children were there. They are Christa McDearmon (Brian), John D. Jorgensen, and Jeremy Grant Jorgensen. Brother, Mark Jorgensen was present to offer love and encouragement. Siblings Tamra McArthur (Rick) and Chris Jorgensen (Gini) arrived soon after to add their love.

The family moved to Lewiston, Utah in time for Jerry to graduate from Mrs. Mills’ kindergarten; he completed his education in Cache County Schools.

Occasionally we meet a man with a mind capable of considering possibilities until they take shape and become probabilities. Those possibilities become reality when combined with work, trial and error, new thought, changes and rework.

Jerry was this kind of man. He was a builder. Teenage projects included a go-cart and a kayak.

During his young adult years he designed and built dairy barns in many of the western and southern states. His company, Progressive Daily Equipment, constructed modern dairy parlors from Death Valley to Alaska. The largest project milked cows nonstop around the clock; the smallest milked ten goats. Later, while a resident of Texas, he became a builder of creative custom homes.

Upon his return to Lewiston, Jerry saw an old cavern of a building full of junk and worked his mind-magic, then muscle magic. With hammer and saw, he built the space into safe apartments for folks like his beloved grandparents.

At the request of his parents, and in spite of deteriorating health, he then did for love more than he could have done for money. He looked at an unused piece of land and drew plans for the beautiful Sunrise Building, with a design both unique and innovative.

His last building project was a beehive, which he named The Vatican, after the Italian Bees who live there.

Jerry was a kind, loving person. He never spoke ill of anyone, readily forgave offenses against him, and showered those he loved with generosity, kindness and good will. He truly built a monument of love in the hearts of all who knew him.

Survivors include his parents, children, siblings, and four grandchildren. He was preceded in death by his daughter, Jamie Jorgensen, and grandparents.

According to his wishes, a private graveside service will be conducted prior to burial in the Lewiston Cemetery on Thursday, June 18, 2020 at 11:00am. A family farewell gathering will be held for Jerry at the home prior to the internment.

Jerry was concerned with the health of his family, as well as the Sunrise family, and requested that strict precautions be made to avoid exposure.

At this time, there will be no public memorial held. A party will be planned to celebrate his life, when it is safe to meet friends and loved ones from near and far.

It was Jerry’s request that in place of flowers, donations be made to St. Jude’s Children’s Hospital. Donate by phone at 800-478-5833.

Thank you to Dr. Kevin Duke, who was a very special friend, as well as doctor.

Many thanks to Shalese Summers from Sunshine Home Health and Hospice for her care and encouragement.