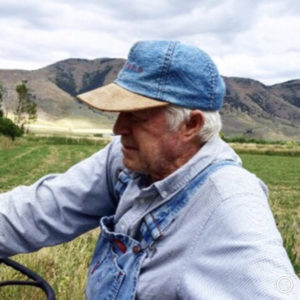 Leon Perkins Johnson, 91, passed away Monday, July 27, 2020 peacefully at his home in Mantua, Utah with his family by his side.

Leon was born November 18, 1928 and grew up in Mantua, Utah. His parents were Ernest Edgar and Marina Perkins Johnson. Leon was the fourth living child of Ernest and Marina. His mother, Marina, passed away 44 days after the birth of his youngest sister Charlene. Leon was five years old.

His father Ernest later married Ruth Burkland. Ruth was “Mom” to Leon. He was raised by these two incredible parents.

He served his country in the Korean War in the Navy on the USS Bradford.

Leon met and married Treva Harper on August 21, 1953 in the Salt Lake Temple.

He was an Educator-School Teacher, Box Elder School Counselor and was head of the High School Counseling Department at Box Elder School, also the District Elementary Psychologist and a Dairy Farmer. Leon and Treva opened L&T Campground as well as a craft business with original country furniture.

Leon’s most loved profession was Father and Grandfather.

Due to location being outdoors there will be ample room for social distancing.

Condolences and memories may be shared with the family at Myers Mortuary.