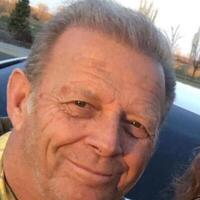 Steven Ray Nelson, 72, of Logan, Utah, passed away on July 25, 2020 in Island Park, Idaho from injuries sustained in a motorcycle accident.

Steve graduated from Grace High School in 1966, and went on to attend Ricks College in Rexburg, Idaho from 1966-1967.

He then worked for Utah State University in Logan, Utah from 1987, until his retirement in 2010, while also working at the Logan Top Stop Convenience Store until his death.

He is survived by his 6 children; his twin sister Susan (Glenn) Pattie of Pocatello, Idaho; brothers, John (VeAnn) Nelson of Pahrump, Nevada; Bruce (Mary Lou) Nelson of Grace, Idaho; DeWynn (Kathy) Nelson of La Verkin, Utah; and his 9 grandchildren. Steve was preceded in death by his parents, DeRay and Beverly, and by his step-mother, Carolee Nelson.

He will be laid to rest in Grace, Idaho, next to his parents. A viewing will be held at the Grace Cemetery, South Main Street, Grace, Idaho on Friday, July 31, 2020 from 10:00 – 11:30am with graveside services to follow shortly thereafter.

Condolences and memories may be shared with the family at Baxter Funeral Home.