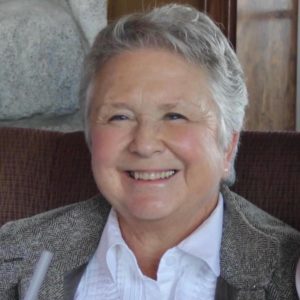 Our sweet and beautiful mother, wife, daughter, sister, and friend, Diana Ruth Campbell, peacefully passed from this life early in the morning on August 5, 2020, surrounded by family.

Diana was born in December of 1946 in Richfield, Utah as the oldest of two children born to Melvin Ward and Geneal Moore, and moved with them shortly after to the Seattle, Washington area, which became her home. She has many fond childhood memories of life in the Pacific Northwest.

At a young age, Diana’s father passed away, and soon after, Diana’s mother married Edward Moore, who adopted Diana and her brother, and brought the addition of three other siblings, as well as the birth of a sixth child to the family. Diana lovingly knew and referred to Edward as “dad” for the rest of her life.

During her childhood, Diana began to attend church, and at the age of 12, she made the decision to be baptized into the Church of Jesus Christ of Latter-Day Saints, along with several of her siblings. Her testimony and faith in God, as well as her knowledge of the eternal nature of families and relationships remained with her throughout her life, and brought her much joy and strength.

Diana attended Ricks College (BYU-Idaho) in Rexburg, Idaho, earning a degree in Home Economics. She was also a beauty queen! At the age of 19, she was crowned as Miss Rexburg, and was on her way to becoming Miss Idaho when she met and fell in love with Stan Campbell (Logan, Utah).

Following their marriage in the Logan temple, they moved to Juniper, Idaho, where they lived, farmed, and raised their 12 children. They attended school, church and other community functions in nearby Malta, Idaho, and have built lifelong friendships with the people from Malta and other surrounding communities.

Diana’s love of children and homemaking, enriched by her college education, were the perfect combination in her life as wife to Stan and mother to her children. Diana often stated that her mission in life was to be a mother. She involved all of her children in the day-to-day flow of life, assigning them tasks and efficiently managing her large and growing household.

Her home was a welcome refuge for family, extended family, friends, and even strangers. She never let anyone pass through her home without a meal that almost always included homemade bread and a pot of soup. Everyone she met was greeted with her beautiful smile and was uplifted through her positive outlook on life.

She also loved to sew, and through the years sewed and designed countless dresses, blankets, and other clothing items for her children, grandchildren, and neighbors. During summers, she also organized fun “campouts” for her children with their friends, and instead of telling scary stories around the campfire, she would tell fun “imagination stories” filled with trips to whimsical places full of lively characters, adventures, magical food, and amusing villains.

She also loved family history, and was able to connect many people and stories from the past to the present, and has passed those stories and connections on to her family. Diana also served and nurtured many individuals in her community, often without anyone knowing. We have been impressed over the past several days with the outpouring of love, comments and messages from people whose lives have been touched by her love. Right up until her passing, in all of her communication with her children, their friends, and grandchildren, she would say, “Remember that you are a child of God,” or “Jesus loves you,” which came to be reminders we will always associate with her.

Due to social distancing restrictions, funeral services will not be held. Instead, the family will host an outdoor Celebration of Life, Saturday, August 8, 2020 from 6:30 – 8:00pm at Stan and Diana’s home in Juniper, Idaho. Please respect social distancing and wear masks when social distancing is not possible.

We wish to thank the medical, hospice, and mortuary professionals who helped us to care for our mother in the last days of her life, as well as friends, neighbors, and extended family who have loved and supported us and our mother through this process.