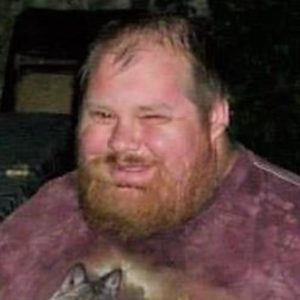 Our Heavenly father has called upon another angel. Our beloved Son, Brother, Uncle, Grandson, and Friend has returned to our Heavenly Father on August 10, 2020 when he passed at his home.

Biggy was born and raised in Logan, Utah. He participated in Special Olympics and received numerous medals. He was a high school graduate from Sky View in 2001 and from Logan High in 2005. He attended his high school dances and proms. He was even announced King at his prom.

He will always be remembered by his laughter, love, kindness, giving smiles, big bear hugs, and of course his phone calls. His love for the Dallas Cowboys, and the love for his Kitty Snowball Fury. He loved to be included in everything, and giving a helping hand when in need, listening to music and watching Disney, and doing puzzles.

He had a memory like no other of remembering people, occasions, holidays and birthdays. If you said you were going to do something, he wouldn’t let you forget and most of all his birthday.

Biggy has had uphill battles off and on pretty much his whole life. But showed strength, encouragement, determination, and hardly ever complained while he influenced others. He will be missed and loved by all.

He was proceeded in death by his grandparents Junior and Shirley Jones,  Edwin and Betty Kaae. His uncle, Jay Jones and brother, Derek Hansen.

The family would like to give special thanks to the doctors and nurses at Dialysis, and Wound Care (Specialty Hospital) all the Dr’s and nurses throughout and to many others through his life.