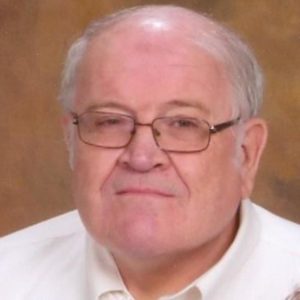 Steven Nelson Kropf, 69, passed away peacefully with his wife by his side on September 2, 2020 at Logan Regional Hospital.

He was born November 16, 1950, to Byron and Beth Kropf in Logan, Utah. He moved often with his family throughout Colorado. He graduated from Arvada High School and went on to serve a LDS mission near Pasadena, California.

He attended Rick’s College where he met his sweetheart, Diane Hjorth. They were married on May 10, 1974 in the Salt Lake Temple.

They moved to Wellsville, Utah where he began working for Utah State University as a custodian. He ushered at different events and was a true Aggie fan.

Together they had 5 children, Beth Louise, Jared, Michael, Timothy, and Amanda. He had 9 grandkids and found great joy in spending time camping and going to Bear Lake with them. He was happiest when he was on the deck playing checkers with them.

He enjoyed working with the youth in his ward and was the scout master for 31 years. He earned the prestigious Silver Beaver award and District Merit award for scouting. He had a great love for camping, the Tetons and Yellowstone, and finding grizzly bears.