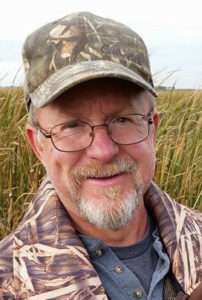 He was born September 12, 1961 in Phoenix, Arizona to Larry Randolph and Carla Eber Nolan. He was raised in Litchfield Park, Arizona.

He met Necha Crooktston in Utah and married her on July 14, 1982 in Logan, Utah. He has lived in Clearfield, Logan, and Clinton, Utah and Valley City, North Dakota.

He was a man of faith who dedicated his life to serving others, being a father figure to all, and sharing joy through his contagious smile and laughter. He was passionate about family, scouting, hunting, camping, hiking, art, and music.

Terry is survived by his wife, Necha; their children and spouses, Charles and Phara Nolan, Charissa and Jordan Shurtz, Glen and Jessica Nolan, James and Marly Nolan, Nicholas Nolan, Jonathan Nolan, Jacob and Vanessa Nolan; 12 grandchildren; his father, Larry; and three sisters, Tina Ines, Tammy West, and Tonya Nolan. He was preceded in death by his mother, Carla.

Condolences and memories may be shared with the family at Lindquist Mortuary.