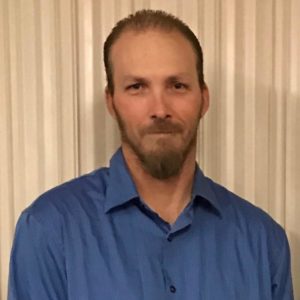 Timothy Jerry Proctor, aka TJ, passed away September 14, 2020 from injuries sustained from a motorcycle accident.

He lived in a variety of places, ending up in Ogden, Utah. The majority of his childhood he grew up in Logan where he and the family would go camping to Bear Lake and Willow Flats, and attended many family reunions.

He always was racing to the water, wanting to be the first one in. He was so excited to play in it. He and his siblings could stay out all day if the parents would let them. After Bear Lake he and the family would go up to another reunion over to Willow Flats with another week of dirt filled fun.

Growing up TJ was always one to protect his siblings against “The Bullies”. TJ went to Job Core in Oregon, then received his GED, and furthered his education in Alabama where he took a Welding Class.

On July 23, 2011 he married Kasey Ballard. They have four beautiful kids together, Jaxon Shane, Bentley Rae, Tatum Skye, and Phoenix Cruz. He loved a variety of music; including Country and Rap such as George Strait and Tupac. He would go around singing out loud. Also, he loved to watch the “Wrasels” with grandpa. He loved to cook and bake. Always making his kids birthday cakes. He made “Bentley’s” jam one time and after that is was tradition to make it for Bentley. Also, he loved the outdoors and going fishing, hunting for turkeys, and camping with his kids.

TJ is survived by his four kids and his brothers; Chris (Buffy), Josh (Shantel), Neals, Cortney (Kenna), Tristan, his sisters; Liz, Nicole (Jeremy), Trisha, Belinda (Dustin), Sadie (Josh), parents; Mom Allison (Kevin), and step-dad Rod, and his grandparents Dan (Valerie) and Jerry (Beverly). And he was loved by many aunts, uncles, cousins, and 23 nieces and nephews.