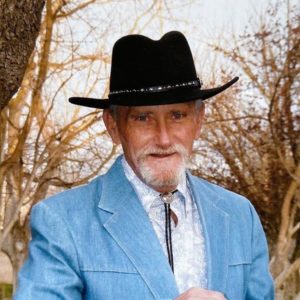 Todd Leo McBride was born on August 4, 1942 in Logan, Utah to Leo and Avis McBride. He was the oldest of 3 children. He passed away peacefully in his home on September 21, 2020 in Ogden, Utah, surrounded by his family.

Todd spent his childhood and teenage years working hard and playing hard with his sister Karren by his side. Whether they were working hay, playing tricks on friends, swimming at the dam, or going to the weekend dances in town, the two were inseparable, were partners in crime, and best friends. He remained close with his sisters Karren and Patty throughout his life.

Todd attended and graduated from South Cache High School with honors. He was recognized and well respected by his teachers and classmates. He was well known for his talents in poetry, song writing, and for playing his guitar. He was also the only boy cheerleader at South Cache High throughout his years there. Much to his sister Karren’s dismay, Todd never had to study for tests. While she would spend days preparing for a big test, Todd would look over the material briefly, walk into the test and easily pull an A.

After high school, Todd enlisted in the Navy and quickly rose through the ranks during his years of service. During his time in the Navy, he spent time in Japan, the Philippines, and Guam. He worked in Sonar, was the ship photographer, and also worked building Poseidon Missiles. After his time in active duty, he served for 2 years in the Navy Reserves.

Todd’s dream was always to be his own boss. Throughout his life, he had many various jobs, but his passion was always in sales. He lived in many states, including Virginia, Utah, Texas, Georgia, Colorado, and Washington. He often traveled for work, his travels taking him all over the U.S.

During his first marriage to Joyce Petersen, Todd and Joyce were blessed with three children. (Leo McBride, Tammy McBride, Tara Seyler). He was married a second time to Janet Eanes. His third marriage to Ginni Robison McBride blended their two families, bringing his three children and her two children (Brandon Carsten and Tiffani Harker) together, and eventually adding two more boys (Shannon McBride and Jaron McBride) to the family.

Life was never dull or boring in the McBride house. His children will remember a home filled with music and games, and they all looked forward to the tradition of Dad’s Sausage Gravy on Christmas morning.

Todd could often be found reading a book, writing poetry, or playing his guitar. He had a lifelong sweet tooth and could always be counted on to share a treat with the kids or grandkids. He loved the outdoors, loved to camp and fish and hike. He enjoyed playing games, pinochle and chicken foot stand out in his family’s memories. He was a great bowler and was quite the pool shark in his older years, teaching his youngest son his ways. Todd also loved the sun and took every opportunity to be on the water or to swim. He loved animals and had many beloved pets over the years.

Todd endured many health challenges throughout his life, including Prostate Cancer, Parkinson’s, persistent back pain which led to two failed back surgeries, and two heart surgeries, yet he never complained. He always met each challenge in his quiet, determined way, and went on with life the best way he knew how.

Todd will be remembered as a man of great generosity and kindness, a man who had an incredible ability to forgive, and who could make anyone feel welcomed and loved. His calm, quiet demeanor and his desire to be a peacemaker earned his way into many hearts.

Degrees, status, or material possessions weren’t important to Todd. His generous heart will always be fondly remembered by those who knew and loved him. It was nothing for him to give the keys to his car to a young mother whose car had broken down. It was just who he was. Todd knew how to truly love others and he taught his family by the best example.

He will be remembered as a loving and selfless father, husband, son, brother, and friend who loved God and always placed family first. He will be greatly missed.