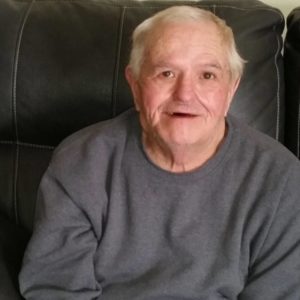 Thomas Leon Anderson was born on the 15th of March 1947. He returned home to his Heavenly Father on the 30th of September 2020.

He is the son of Lynn and Glenna Anderson and Dale Balls. He grew up in Logan and Hyde Park. Tom was a member of the Church of Jesus Christ of Latter-day Saints.

He was full of life and always kept his parents guessing what he would do next. Tom spent most of his adult life in Arizona before moving back to Cache Valley to be close to family and friends.

Tom was always ready and willing to help anyone in need. He was a Vietnam veteran. The effects of being in battle never really left him and made it difficult for him to sustain a lasting relationship.

In his later years he met and married the love of his life Mary Brabant Anderson. He felt fortunate to finally find love and happiness with her.

Tom was an amazing cook and an expert mechanic.

The pride and joy of his life was his daughter Sharell and his grandchildren. He showed in actions how he cared and loved those close to him. He will be missed by all who knew him, but he is now at peace and with those who went before.

He is survived by his wife Mary, daughter and son-in-law Sharell and Jake Stocking, grandchildren Colby and Kaylas, brothers LeRoy (Peggy) Balls and Terry (Mary) Stanton, sisters Carol (Joseph) Perkes and Tena (Kyle) Godfrey. He was preceded In death by all of his parents.

In accordance with his wishes there will be no formal memorial.