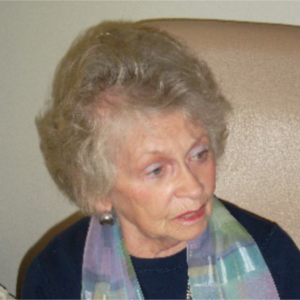 Marrdella May Warner Baxter Jones was born April 29, 1933 at 4:20am in Salt Lake City, Utah to Thomas Elmer and Alexandra May Malcolm Warner. She passed away peacefully at home in the early morning hours of November 23, 2020 with her loving husband by her side, after a long illness.

She married Merl LaMar Baxter on May 11, 1954. Together they share three children, Marrla, Marrdy and Steve. They were later divorced.

She married Robert Jones April 4, 1965 and were sealed in the Salt Lake Temple December 12, 1972. They were looking forward to celebrating 55 years of marriage this coming April. Together they had three children David, Jack and Jill. Bob also brought his four children to the marriage, Doug, Mark, Shelly and Kelly.

Marrdella was a talented seamstress. Her children have wonderful memories of the beautiful clothing she made them for Easter, Christmas and school.

She spent 13 years serving in Cub Scouts loving every minute of it and earned several awards for her many hours of dedication.

She worked at Reams Food Stores for 13 years and made lifelong friends and truly enjoyed her work.

She loved Square Dancing and traveling the country to attend festivals with her many dancing friends. She was so sad when her heath forced her to give it up.

She was a lover of all animals and a collector of many strays. She passed that love down to her children and grandchildren.

She was preceded in death by her parents, her son Mark Jones and her granddaughters Mikel Bristol-Sorenson and Madison Fowler.

As a family we would like to thank Rocky Mountain Hospice for their kind and thoughtful care of mom. They truly went above and beyond our expectation and we appreciate all they did.

Due to COVID-19 restrictions there will be a private family service with a Celebration of Life at a later date.