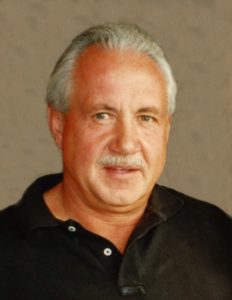 Edwin C. Williams, husband of Kristi Huggins Williams, and father of Brenda and Tyese, died on November 25, 2020 at the U of U Hospital surrounded by family.

Ed was raised in Carey, Idaho where he was involved in sports and graduated from Carey High School. The family then moved to Bear River City to be closer to family while Ed attended Weber State.

After he and Kris were married, they remained in Bear River and Ed worked for UDOT. He received many awards and was named UDOT Employee of the Year. He retired after 42 years of service.

Ed excelled in most sports but loved golf. He had 3 holes-in-one, was Directors Champion in Brigham, Club Champion in Tremonton, won several local tournaments and his team took first in the Utah State Pro-Am.

Ed was preceded in death by his beloved daughter, Brenda, his parents, his brothers Claire (Ann), Jerry (Joyce), Robert, Khalil and his sister Adrienne (Creighton) Thompson.

Burial will be in the Bear River Cemetery.