The Aztecs have won eight MW regular-season titles, including two consecutive crowns.  SDSU has captured the regular-season trophy outright five times while sharing the title three times. Since the inception of the league, San Diego State has earned the No. 1 seed on six occasions. The Aztecs enter the postseason as the No. 1 seed for the second year in a row.

Wyoming and San José State earned the eight and nine seeds, respectively, while Air Force (10) and New Mexico (11) round out the bracket.

The 2021 Mountain West Men’s Basketball Championship is scheduled for March 10-13 at the Thomas & Mack Center in Las Vegas.

The men’s first-round contests begin on Wednesday, March 10, and will be lived streamed on the Mountain West Network. CBS Sports Network will televise the quarterfinal and semifinals on Thursday, March 11, and Friday, March 12, while the men’s championship final will air on CBS on Saturday, March 13. 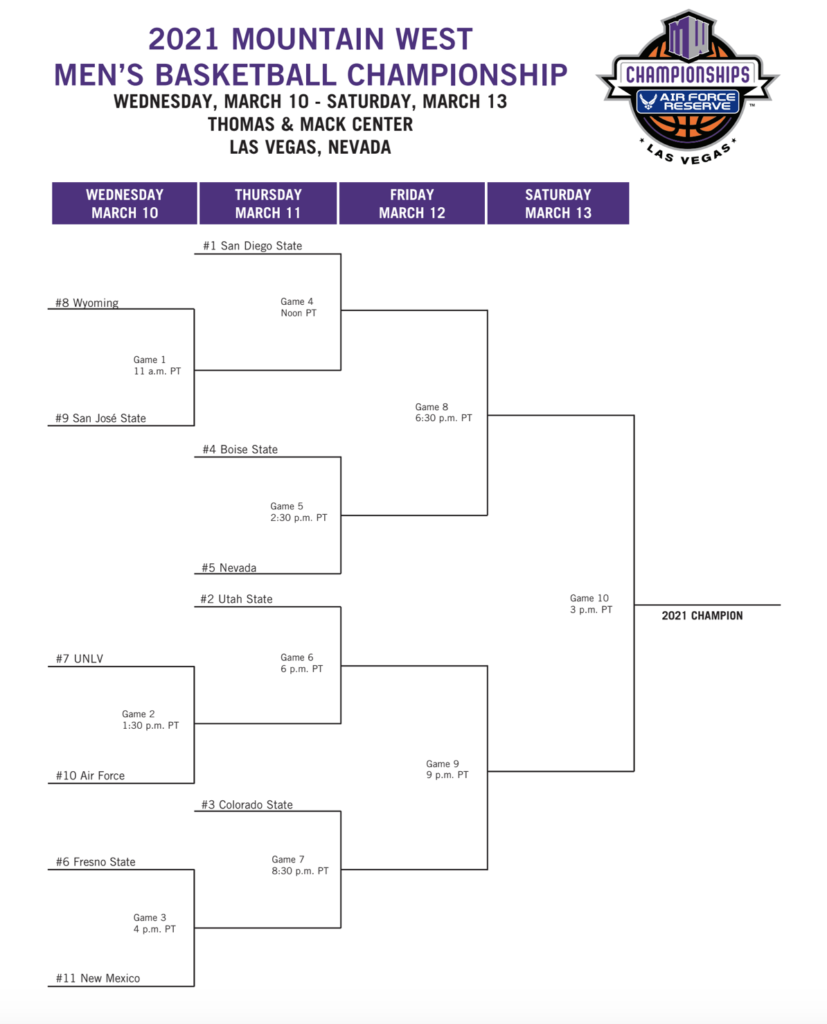