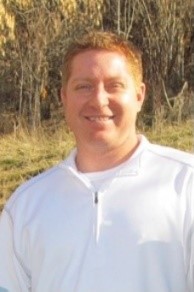 Neal was born in Logan, Utah to T. Wayne and Donna Kaiser Jorgensen. He grew up in Amalga, Utah later moving to River Heights, Utah when he was 10 years old.  He graduated from Mountain Crest High School in 1993.

He loves to play baseball and our family spent many afternoons watching his games. His team competed at finals in Walla Walla, Washington one year and it was a thrill for him. He also played on the Mountain Crest Golf Team and played the trumpet for several years in the band. He is a member of the National Honor Society. He has always been a good student and worked diligently to earn good grades. He is an Eagle Scout, making a new entrance sign for Lamplighter Drive in River Heights as his project.

After graduation, he married Karalee Hancey and continued his education attending Utah State University, where he also worked as a painter. Their son Quentin was born in Logan during this time. He graduated from Utah State earning a BS in Statistics and Physics, and He and Karalee moved to Rochester, Minnesota in 2001 where he accepted a job as a Statistical Programmer at the Mayo Clinic. They loved Minnesota. We all made visits to the Mall of America and to see the Twins play during their time there. While living in Minnesota, Neal and Karalee welcomed a daughter, Kayla Maren to the family.

Neal next accepted a job at Watson Pharmaceutical in Salt Lake City, Utah as a Sr. Clinical Programmer and the family returned to live in Layton, Utah. Karalee completed nursing school at Weber State and the family then moved to Seattle, Washington in 2007 where Neal accepted a position as a Biostatistician at the University of Washington. He then completed a Graduate Degree from Colorado State in Statistics. He was still working for the University at the time of his death. Neal and Karalee divorced, but remained good friends and raised their children in Seattle together.

Neal and his family love the Seattle area. He loves exploring the area and especially taking his family and friends to La Push, Washington for annual vacations.

Neal found a loving partner with Kari Charbonnel and together with the kids, they had many adventures and good memories. Neal has always had many friends, staying close with them throughout the years. He enjoys entertaining, cooking them dinners and hanging out. He loves attending the Seahawks games, Mariner games, traveling, camping, rock-climbing, cooking delicious barbeques, and trying new foods.  His kids enjoyed many movie nights with him in the backyard with the projector and building campfires. He refinished his home in Seattle installing wood floors, adding a beautiful porch to entertain, and upgrading a kitchen. He loves his home and took great comfort in being there.

More than anything, It is Neal’s personal traits that are so loved by family and friends. He is an amazing person with a curious mind for so many things. He can spend hours and hours in a museum, discussing for hours after what was learned. He can talk endlessly about science, politics, and food. He spent a solid year plus discussing String Theory with Kari, which she never did understand. When he sets his mind to something, he will figure it out until he gets it done and his athletic abilities allow him to do most anything. He always beats us in Golf and he was doing Parkour before it was a thing. We always remember a family barbeque when he randomly jumped off a high deck, shocking us all. We laughed hysterically then and still do to this day.

He spent months researching Ted Bundy and loves to read Ann Rule books. He loves watching Crime Documentaries. He also knew that was kind of weird too. He has the best laugh and sense of humor, always putting those around him at ease. We’ve never heard him engage in gossip or say cruel things about others. He is very intelligent and dedicated to learning. He treats others with kindness and is a gentle spirit. We were all drawn to him. He is a great “Dog Dad” and loves his furry friends. Mokey, Maggie, and Nita all meant so much to him. We like to think Mokey and Maggie were there to comfort him as he was welcomed home.

Neal is a loving father, partner, son, brother, and friend.    His kids mean the world to him and they will miss their dad so much, as we all will. To write this tribute in past tense is too painful and not a true reflection of what we know. We know that Neal is still all these things and always will be. Someday we will enjoy Neal and his presence again and we hope he knows he is in our thoughts, hearts, and prayers until that day comes. We think he does know. We love you Neal.

Neal is survived by his children Quentin Kaiser, and Kayla Maren, his partner Kari Charbonnel and his ex-wife Karalee Snowden, all of Seattle. His parents Wayne and Donna Jorgensen, and his siblings, Lisa (Kurt) Anhder,  Ryan (Tina) Jorgensen, Jill (Alex) Orio. He joins his brother Scott and sister Shelley on the other side along with his grandparents, Ted and Mame Jorgensen and Walter and Muriel Kaiser. He leaves behind many other dear family members and friends that love him so much.