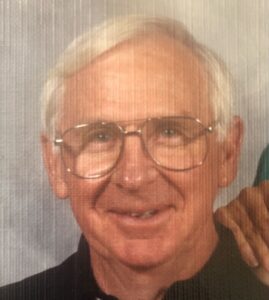 Richard Leroy Cole, 82, died on May 20, 2021. Richard was a resident of Kimberly, Idaho and had previously lived in Darlington, Idaho and Seattle, Washington.

He was born on August 9, 1938 in Preston, Idaho to Percy Richard “Dick” Cole and Nedra Cole. He graduated from Rigby High School in 1956. Richard lived a full and eventful life. When trying to encapsulate his life down to a few short paragraphs, it simply cannot be done. He made his living by working in many different industries but could never be defined by a 9-5 job. There would have been no time for the things he truly loves which include spending time with family and friends, reading, fishing, hunting, and riding horses and motorcycles. He willingly gave service where needed and shared his love of the outdoors enthusiastically.

Richard always had a story to tell. He made a lasting impact on many through his service as an Explorer Scout leader and in Young Men’s organization of the Church of Jesus Christ of Latter Day Saints. He had a gift for making time for the things he loved while still providing for his family. Over the years, he worked in Yellowstone National Park, raced motorcycles, sold insurance, fabricated metal, drove a truck and eventually retired from his machinist job with Peter Pan Seafoods in August of 2010. His time spent working in Dillingham, Alaska was some of his favorite because of the relationships he made with his coworkers and opportunities to enjoy the wild splendor of Alaska on his rare days off.

Richard married Yvonne Mountjoy on March 17, 1984 in Cle Elum, Washington. Their marriage was later solemnized in the Seattle Washington Temple on November 23, 1985. They made their homes in both Seattle and Idaho.

Richard was preceded in death by his parents and first wife, Jacqueline Fitch.

He is survived by his sweetheart Yvonne Cole and previous wives Gail Charette and Joy Lorton, his siblings, Joan Henderson, Julie Buck and Vernon Cole and his daughters, Lorraine Norris, Doris Drake, Peggy Scott, Caren Ann Gregg, Cari Cole, Tami Richardson and Abigail Cole as well as his grandchildren, and great-grandchildren. Richard has many cousins and extended family. He also has too many honorary family members to count.

Richard welcomed everyone like part of the family. His wife and children remember many days leaving any function late because there was always someone else with whom he wanted to chat. He leaves a huge hole in the hearts of so many people that he inspired throughout his time here on earth.

Condolences and memories may be shared with the family at Webb Funeral Home.