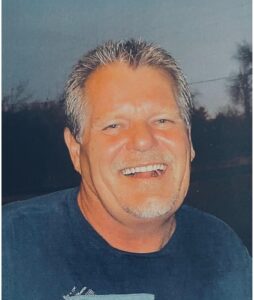 Our beloved father, husband, son, and brother passed away May 29th at the home of his daughter. Reed was born August 17, 1952 to Willard Reed (Bill) Petersen and Mary Belle Brown, the third of five children. He had an idyllic childhood in Hyrum, when everyone knew each other or were related! He worked the family sheep ranch with his father and grandfather, spending summers in Blacksmith Fork Canyon and winters out west in Hansel Valley. He starting driving the farm truck at age 11, and was a notoriously fast driver (just like his dad). Our family summers at Bear Lake were highlights at building close family and friend relationships.

Reed married Marene Olson of Smithfield and from this union were born his two wonderful daughters- Amee and Hollee. He later married Relia Maughan of Wellsville and then Debbie Pitcher of Smithfield.

Reed had a strong work ethic! He was employed at Bear River Lumber Mill and did fencing for his brother-in-law Stan Swenson before owning a dairy farm. He then worked at ATK-Thiokol, a career which spanned almost thirty years. He enjoyed the friendships and associations he made there, especially with his car pool buddies.

Reed loved spending time at his cabin at Sheep Creek Cove. His father developed the area with Reed’s help and encouragement. He was always the gracious host- welcoming whoever stopped by. He was currently the water master there, always trying to keep everyone straight. He was an outdoorsman who hunted, fished, snowmobiled and enjoyed four-wheelers. His greatest joy was his family, spending time with his daughters and grandchildren in the canyon. He loved to entertain with his quick wit and humor. His nickname in the family was “Mr. Fun”.

After retirement, Reed farmed and and raised cattle with the Archibald’s- it kept him busy and out of trouble. He was always available to help out with projects for his family and friends (he was skilled with his skid-steer). He was always generous with his time and resources.

Reed and Debbie have helped raise and support a special great nephew, Kaison, who has multiple health issues. Reed has remodeled their home several times to accommodate his needs. The joy Kaison has brought them is immeasurable. The bond with Reed and Kaison is extremely close and quite exceptional, as he truly was his “papa.”

He was preceded in death by his loving father Bill Petersen, Debbie’s son Christian, and several dear friends.

Reed was cared for with loving, tender affection by his daughters and their husbands after his cancer diagnosis in February. They fought long and hard, organizing appointments, consultations, treatments, back rubs, and encouraging thoughts and prayers. Their unconditional love for Reed will live on in posterity.

Reed and his family would like express their deepest gratitude for the exceptional and kind care they received from Dr. Johnson and the staff at the Logan Cancer Center. They continually went the extra mile to make Reed feel cared for and gave him the positivity he needed through such a difficult time. Also thank you to Dr. Garg for quickly facilitating Reed’s connection to the Cancer Center for his care.

A graveside service will be held at the Hyrum Cemetery at 11:00 am on Saturday June 19th, with a visitation beginning at 10:30 am.