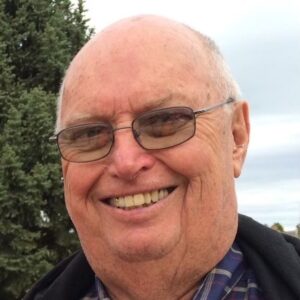 He was born on May 20, 1937, in Richfield, Utah, a son of Lindon Loyal and Zelpha Barney Anderson. His parents divorced and he gained a stepfather, Clarence Franks. He graduated from Box Elder High School in 1955. He married Annette Dalpiaz on June 26, 1959 in Ogden, Utah at the Saint Joseph Catholic Church. He served in the US Army from September 1, 1959 to August 31, 1965. Ted worked at Thiokol as a Lab Technician retiring in 1998. Ted owned Ted’s Tires where he made a lot of friends and associates. Ted enjoyed snowmobiling and antique automobiles. He loved his family and grandkids and making trips to Wendover.

He was preceded in death by his parents, stepfather, Clarence and one great granddaughter, Joy White and one brother-in-law, Roger Heiner.

Click this link to view additional details about Ted’s Services, including any available live streams: https://my.gather.app/remember/ted-anderson

Interment will be in the Brigham City Cemetery, where military honors will be accorded by the Combined Veterans of Box Elder County.