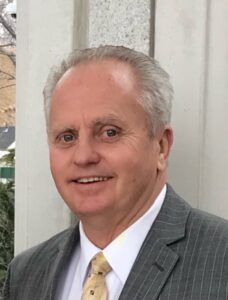 Desmond Ronald Thomas, 74, passed away surrounded by his family on Wednesday, June 9, 2021, at his home in Perry, UT. He was born on February 8, 1947 in Salt Lake City, UT, a son of Desmond Olsen and Betty Simonson Thomas.

He was drafted into the Army during the Vietnam War and served valiantly from 1970 to 1972.

Desmond married the love of his life, Leslie Nielson, in the Salt Lake City LDS Temple on May 15, 1969, to this union they were blessed with 9 wonderful children.

He was a member of the Church of Jesus Christ of Latter-Day Saints and had the privilege of serving in the Auckland North New Zealand mission from 1965 to 1968. He served faithfully as Elder’s Quorum President and numerous other callings. His favorite of all was co-primary teacher with his wife.

Desmond was an amazing autobody repairman and owned his own business wherever he lived. If he didn’t know how to do something, he would learn and became a jack of all trades. He was an entrepreneur and enjoyed building and remodeling homes. He was the inventor of the EZ Frame Clamp, used in autobody repair work.

He had a love of the temple and being outdoors. Anyone that was around him felt his humble love. He had an infectious smile and a deep devotion to his family, whom he enjoyed spending time with.

The family would like to extended their gratitude to Karl Wall and Collette Anderson with CNS, the Bott family, Bott Monument, and to all those who have shown their love and support.

Condolences may be sent to the family at www.myers-mortuary.com