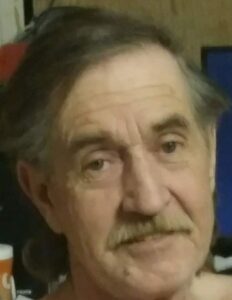 Gordon Lambert Ferguson, age 68, passed away surrounded by his family on June 13, 2021 at his home in Tremonton, Utah from cancer. He was born December 22, 1952 in Great Falls, Montana (Cascade County) to Robert Kendrick and Vera Ellen Pimm Ferguson.

Gordon married Ronda Lee White on February 21, 1976. They had 2 children Ron and Gina. They later divorced. He married Stacie Harrington Ferguson on February 8, 1986 in Great Falls, Montana and they had 3 children Zac, Sherece, and Josh.

Gordon received his GED and attended school for Mechanics and Diesel Mechanics. He worked as a yard manager, a tow truck driver for Hathaway’s, a Truck Driver, a mechanic, and a tow truck driver for Auto Parts and Recycling. He was a heavy equipment operator at Western Metals. Gordon retired in 2010 after being diagnosed with cancer in 2007.

Gordon loved “trash car driving”, working on vehicles, camping with his best friends and family, building, tearing down, and fixing things, fishing, tinkering, and most of all doing things with his family and friends. He loved clashing on the computer and working on things with his kids and grandkids.

He was preceded in death by his mother and father; 2 grandsons, Dontae Vance and Ryder Lambert Ferguson; his sister, Katherine Jenkins; his brother, Robert Ferguson; 2 father-in laws; mother-in-law; and many aunts, uncles, and his grandparents.

No services will be held.

Special thanks goes out to Cache Valley Cancer Center Dr. Ali Ben-Jacob and staff, Dr. Saunas Slisoriatis and staff, Loveland Cancer Clinic and BMT, LDS Hospital, Tremonton Hospital, and IHC Homecare and Hospice for their loving care all of these years. Mostly, special thanks to family and friends, particularly our children, his mother-in-law, and family for all of their caring help, love, and support over the last 14 years and mostly this last year. Thanks to Rudd Funeral Home for all of his aftercare and the loving way they took care of him.