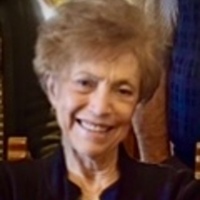 Our beautiful, amazing sister passed away on June 17th, 2021.  She lived her life full and well.

She attended school in Pocatello and Graduated from Pocatello High School with honors.  While there she worked in school government as Secretary of her Sophomore class and House of Representatives her Senior year. Probably her biggest achievement was accompanying all the High Schools musical programs.  After graduation in 1960 she entered the Miss Pocatello Pageant part of the Miss America Pageant..  She was named 1st runner up that year and the next year, 1961, she was named Miss Pocatello.  In the Miss Idaho pageant she received the honor of being named Miss Congeniality.

Verna Lee was a beautiful pianist teaching many lessons in her earlier years.  Her siblings were some of her first students.  Besides church and school choirs she also played a piano solo in the Idaho State-Civic Symphony and accompanied Hanskarl Schade in his Evening of Music performances in Salt Lake City.

She started her work career at First Security Bank in Pocatello, Idaho.  She transferred to Salt Lake in 1962 and resided there the rest of her life.

She married Bill Johnston and received the added blessing of a son,  John Cash Johnston. To this day they are devoted to each other.  The following are his words:

She always talked about her father and mother and how hard they worked for their family.  Verna Lee and her brothers and sisters were blessed with values that are hard to find today.  Unless you are looking at the many grandkids and families that came from this humble couple, her parents.

Some of the, maybe cliche, but nonetheless timeless lessons Verna Lee taught me I still remember.   I’ve heard them so many times growing up:

There is no comparison between one who tries and fails and one who fails to try.

The reward for hard work is a job well done.

The lessons I learned most from Verna Lee was not what she outwardly taught me, albeit very good lessons, but what I observed in her, in how she lived (truth be told):

Verna Lee took up running in the late 70s.  She was never the fastest runner.  But think about this.  She ran for ten years.  Every day for ten years.  No joke.  At least three miles each day.  Sometimes more.  Sometimes ten miles.  Whether it was in the rain or a foot of snow, she ran. Even when she was ill she ran.  If she had a big day, she ran earlier or sometimes late at night after work.  Every single day for ten years.  Just let that sink in for a minute.

She told me about one day it had snowed so much that branches had broken off trees and cars in the road were stuck.  That didn’t stop her,  she trudged along through the slippery  snow and around the branches undeterred. A man stuck in his car, rolled down his window and yelled to her as she passed “are you crazy lady?!”  Some might say it was crazy, others would understand it was her will and strength that motivated her to go out each day.  Because after all, how easy would it be to simply say “not today”.   Today I’m taking a day off.”  And who would fault her?  No one!  No one except her.  It was on the anniversary of her 10th year of running at least three miles every day that she decided not to run.  She was planning it a year in advance.  No doubt the running streak had end sometime, somehow.  So it would end on her terms, not by accident or tragedy.  Instead of going for a run, on the anniversary of her 10th year of running we had a small celebration and ended the record setting running streak.  Verna Lee taught the meaning of determination.

Verna Lee used to practice the piano with determination.  Every morning the house would wake up to Debussy, Beethoven, Schubert or some other beautiful music.  And when she made a little mistake, she would repeat it over and over again, and then again and again…and again.  I remember one time watching her walk out on stage wearing a long gown with sparkles on it.  She was the accompanist that evening to a singer named Hans Karl. She was beautiful, I thought to myself.  The venue was completely packed, not an empty seat.

The audience politely clapped as she made her way to the piano where she turned to the audience with her big warm smile and bowed her head to left side of the house and to the right.  She then gracefully placed herself on the piano bench whisking her gown just so.  The first piece was her solo.  The audience simmered and shushed.  At the very moment of silence she crushed the key board and filled the entire room. Vibrations could be felt in the seating.  It was the piece she’d been practicing for six months and she played through every little part that had tripped her up before like a true master.  I recall feeling chills as this represented the culmination of relentless and painstaking practice.  No doubt SHE COULD GIVE A PERFORMANCE and when she finished, there was silence that continued for a moment and just a moment longer.  I don’t think the crowd wanted it to be over and some were literally brought to tears.  The vibrations in the room turned from piano to the applause of a standing ovation.  I was so proud and remember gathering just a little of the attention for myself that night for being the son of the one who stole the limelight.  There are no shortcuts to perfection she used to say.

Kindness was central to Verna Lee.  For many of us, being kind is just natural.  Being kind was natural for Verna Lee too.  However, she really went out of her way to be kind.  At times she would offer housing to good people who were in need.  She loved animals and adopted and cared for strays. Being kind is something she wanted to do well and so, like her running and her piano she worked at it always.

She was an executive assistant to a very wealthy businessman. She was his assistant and at the last his biographer.  I think the wealthy businessman benefited greatly from her determination, perfection, and moreover her kindness.   Just about everyone that knew her remarked about her kindness and thoughtfulness.  One stray, in particular, she cared for for 50years Her kindness never wavered in all 50 years, even in times when no one would have faulted her.

No doubt her little brother needed some of her kindness and I believe she is happily sharing it with him now. I hope I can be as kind as Verna Lee one day.  Kindness is its own reward.

Verna Lee will be interned Saturday, June 26, 2021 at 12 noon in the Oxford, Idaho Cemetery next to her mother, father and little brother.