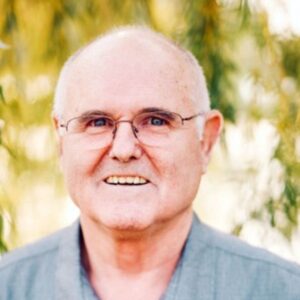 He was born on March 13, 1945 in San Luis Obispo, California, a son of Thomas Ivo and Viva Orissa Rigby Gledhill. Tom’s father passed away when he was six and his mother, Viva married Henry Allen Smith and became Tom’s dad.

Tom graduated from Cyprus High School in 1963 and attended Weber State College and received his bachelor’s in engineering. It was while he was attending Weber State that he met his future wife, Janice Tovey. They were married on September 14, 1967 in Bountiful, Utah. Their marriage was later solemnized in the Salt Lake Temple on June 20, 1969.

Tom was a member of the Church of Jesus Christ of Latter-day Saints and a member of the Perry 4th Ward. Tom served a 2 year building mission in Canada in 1963 and one of his greatest joys was serving as a senior missionary with his wife in Mongolia and Malaysia. He also served as a bishop, high counselor, loved serving in scouts and with the youth, and a primary teacher and was currently serving at Beehive Homes as a coordinator over the sacrament.

Tom worked for Hostess as a manufacturing engineer in California. He worked at Thiokol and eventually went to own his own business, Gledhill Enterprises, where he built homes. He was currently working at Bay Wash in Brigham City and loved the time he spent there.
Tom’s favorite hobbies were collecting coins and knives. Every time a young boy received his Eagle Scout, he was presented with one of his knives. He also enjoyed camping and loved to go out to eat with his family and watching his grandchildren grow.

Tom loved being around people and he enjoyed making friends wherever he went, he was a joy to be around. To know Tom was to love him. He had a big heart and was always willing to help anyone. He was a storyteller, a dreamer, builder, fixer and a craftsman and tried to leave wherever he went a better place. He was a fighter until the end as he battled cancer twice and other trials and health conditions. He was a wonderful husband, dad and grandpa and loved his family of “bears” and his dogs Maddie and Baxter, we will all miss him dearly.

He was preceded in death by his father, Thomas, his mother and stepfather, Viva and Henry Smith and one brother, Robert Gledhill.

In lieu of flowers, the family suggests donations to offset funeral expenses. Donations can be made through Venmo @Funeral-Tom

Click this link to view additional details about Thomas’s Services, including any available live streams: https://my.gather.app/remember/thomas-gledhill

Interment will be in the Brigham City Cemetery.