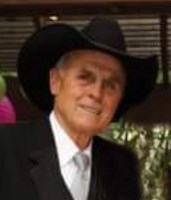 His mother always said he was the best baby any one could have asked for. He was a man about town during his high school years. He was known for his quick wit and short sayings as we called them Toddisims.

He was an excellent and talented athlete receiving many honors and awards including all state and full ride scholarship in basketball to continue his love of the game in college. He was an avid hunter with his dad, brothers and sons. He later became a truck driver and was for over 50 years and drove over a million miles without an accident. He drove for Miller’s, Petrolane, Cache Valley Dairy and most of all Don Stockley Trucking who was his good friend. He was a true cowboy in life and in his heart. He went on many cattle roundups in the Woodruff area with his cousin Darwin for many years Todd also helped his good friend Ken Dagley with his cattle from his home town Newton Utah. He loved the rodeos and loved to watch his children participate in them.

He married Tamra Welling 1958. They had three children, 2 daughters and 1 son, Cathie Jones, Reese, Susie Maughan. They later divorced. He married Sherri Boulton and together had 3 children two boys and 1 daughter, Jack Cade, Chance and Camron Radmall. He has 17 Grandchildren and 25 Great Grandchildren.

He is preceded in death by his father Vance and mother Shirley and two brothers Steven and David.

Online condolences may be shared at www.jenkins-soffe.com.