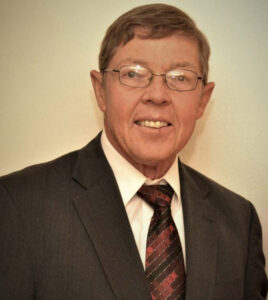 Our beloved husband, father, and grandfather David Von Noyes passed away peacefully at home on July 13, 2021 at the age of 72. He was born June 5, 1949 in Preston, Idaho to Von and Donna Noyes.
David was an active member of the Church of Jesus Christ of Latter-Day Saints. He served as a Sunday School teacher, Executive Secretary, and Bishop. He rarely missed singing in the ward choir. He served a mission to the Northern States and he and Marsha served a mission to Farmington, New Mexico teaching Seminary and Institute on the Navajo Indian Reservation. Most recently he and Marsha served as Pathway Missionaries.

He spent many years as a scout leader. He enjoyed teaching the boys about camping, tying knots, and completing merit badges. He earned many scouting awards including the Silver Beaver Award.
He loved singing. He participated in many musical productions at the Worm Creek Opera House and sang with his brother Stephen. He loved singing with his family. He especially loved Christmas music. For over 20 years he sang in the Rotary Christmas Choir.

For a short time, David worked for the Franklin County Sherriff’s office, and volunteered for the ambulance crew. After working for 20 years he retired from Cache County School District as an electrician.He is survived by his wife Marsha, and his children Terra Sleight of Jerome, Idaho; David (Nichole) Noyes of Chubbuck, Idaho; Richard (Marianne) Noyes of Frederick, Colorado; Susan (Brad) Nielsen of Weston, Idaho; Janice (Zachary) Bartschi of Pocatello, Idaho; Jennifer (Josh) Ballard of Lake Point, Utah; Nathaniel (Maggie) Noyes of Saratoga Springs, Utah; 34.75 grandchildren; and his two sisters, Edith Smith of Preston, Idaho; and Marian Muniz of Harlingen, Texas.

He is preceded in death by his Father and Mother, Von and Donna Noyes, brother Stephen, and sister Diane.