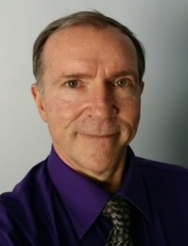 Mark James Butler, age 62, passed away on July 21, 2021 from cancer at his home in Tremonton, Utah surrounded by family.

Mark was born November 23, 1958, in Ogden, Utah to James Richard Butler and Janet Stock. He grew up in Corinne, Ut and graduated from Box Elder High School. He served an LDS mission in Albuquerque, New Mexico.

He married Denise Hubbard on January 10th, 1980. They had 6 children together. Denise passed away on August 15, 1995. He later married Karen Stamminger and they had 3 children together. When he passed he was married to Ellen Grob who he married on June 23, 2016, in Logan, Utah.

Mark worked at Thiokol/Aerospace most of his life as a Power Plant Operator. He loved spending time outdoors, camping, hiking & fishing. He enjoyed gardening and always had the most beautiful roses! As a hobby Mark loved reloading bullets and shooting his guns. He will be greatly missed and always loved by many!

He was preceded in death by his wife Denise Butler; son, Jacob Butler; and mom, Janet Stock.