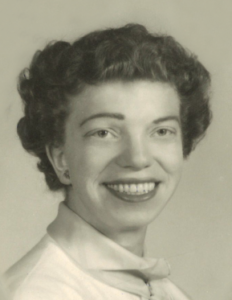 Our Mother and Grandmother, June Rose Peterson, passed away on August 16, 2021, at her home in Bear River City, Utah, at the age of 86. She was born June 20, 1935, in Edgemont, South Dakota, to Paul Franklin and Myrtle Catherine Albright.

June married Grant Cronquist Peterson on May 4, 1957, in Los Angeles, California. They had three children.

June was a tremendous wife, mother, and grandmother. She loved to read and square dance with dad. She was a very accomplished cook and loved trying new recipes.

June was a member of The Church of Jesus Christ of Latter-day Saints and served a mission in the Oakland Temple doing marriage ordinances.

She is preceded in death by her parents, Paul and Catherine Albright; husband, Grant C. Peterson; and granddaughter, Carrie Rose Nelson.

Interment will be in the San Joaquin Valley National Cemetery on September 23, 2021.

A special thanks to our family for their love and care at June’s passing.