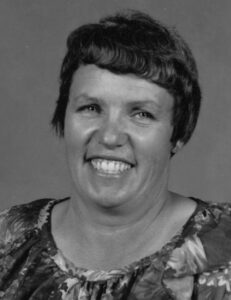 Born July 16, 1938 in Tremonton, Utah, to Lula Catherine and Alma Gardner Hansen, LeVona was the fourth of five children.

She graduated from the LDS Seminary in 1955 and from Bear River High School in 1956.

LeVona graduated from the Salt Lake Area Vocational School, Licensed Practical Nurse Program in 1958, and then worked for many years at the Box Elder County Nursing Home in Tremonton, Utah.

Her family continues to grow with 10 grandchildren, 7 great-grandchildren and a large extended family.

In lieu of flowers, please donate to the neonatal care center at a hospital of your choosing or the battered women’s shelter nearest to you. LeVona believed these institutions deserved her support.

The family would enjoy sharing a celebration of LeVona’s life at a time when we can come together without restrictions.