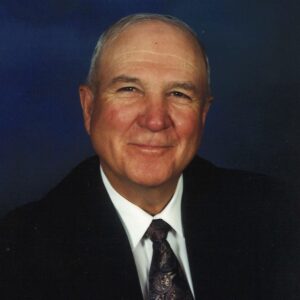 D. L. Monte Tanner, age 86, of Far West, Utah, passed away on September 12, 2021. Monte was born in Ogden, Utah on July 27, 1935 to Hattie and Valison Tanner. He was raised in Grouse Creek, Utah and attended school there until the tenth grade. He moved to Logan to complete high school and became the student body president his senior year. In his youth Monte loved to sing and dance, and was well-known throughout his life for his singing ability. His hobbies were horse training, leather and canvas repair, dutch-oven cooking, river running, construction, hunting and four-wheeling. His occupation was computer programmer for the Internal Revenue Service.

Monte married Virginia Hunter on May 6, 1955. She was the nurse who took care of him following a tractor accident. They had five children, and the family enjoyed sharing in Monte’s hobbies and camping trips. He was active in the Church of Jesus Christ of Latter-Day Saints and served as a Teacher, Bishop, and High Councilman. He also served in Figi, Suva, Nauvoo Temple, and Ogden, Utah Missions. He enjoyed working in the Ogden Temple for ten years.

Monte was preceded in passing by his parents and brothers Merve and Max, and sisters Fern, Eva, and Fae.

The family wishes to thank workers at the Peach Tree Place in Roy and Beehive Homes in Perry. We offer special appreciation to Hospice caregivers Ina and Annette.

The family requests those who wish to express sympathy to consider making a donation to their favorite charity.