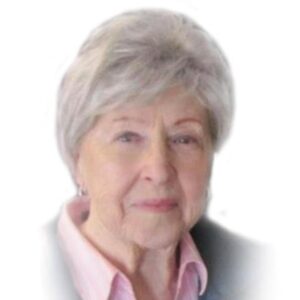 Helen Graves of Providence, Utah passed away peacefully at home on Tuesday September 14, 2021, at the age of 96 with her daughters by her side.

Helen was born on March 16,1925 to Albert F. Abbott and Edna Ruth (Mead) Abbott in Fernwood, Idaho. Helen was the oldest of two daughters. She lived her early years in the Pasadena, CA area where she attended grade and high schools.

In 1943 she married Lt. James (Ed) Wallis, a B-17 instructor during the war, and later moved to Seattle where they raised their family. Helen worked as the office manager for her husband’s various business and sales ventures. They were later divorced.

In December 1977, she married Peter Graves of Bellevue, WA, who was employed as a commercial banker. After residing in Olympia, WA for a few years they retired to Port Townsend, WA, then moved to Providence Utah in 2005. They traveled extensively and spent their winters for many years near Twenty-Nine Palms, CA, in the same area where Helen spent fond summers as a child.

Helen was an avid reader of histories and mysteries. She wrote poetry and loved art and music. She painted in oils and acrylics and played the piano.

Helen loved to play golf, a game which she took up only after her retirement. She became accomplished at the game having 3 holes-in-one in her lifetime. With her strong organizational skills Helen was chosen several years to act as the Ladies Team Captain and later as President for two years at Port Townsend’s Chevy Chase Golf Club.

Helen was also a faithful member of the LDS Church.

Helen is preceded in death by her husband Peter, her parents, her sister Leta, and her two sons, James (Jim) Wallis and Joseph (Joe) Wallis.

The family would like to thank Heather Seegmiller and Tara Wiser for their loving and tender in-home care of Helen over the past few years. Thank you to Priscilla, Karlee, Trisha, and Erin of Sunshine Hospice in Providence, UT for their gentle care during the last few days of Helen’s life.

Funeral services will be held Saturday, September 18, 2021 beginning at 2:00 PM at Allen-Hall Mortuary, 34 East Center Street in Logan, with a viewing prior beginning at 1:00 PM.

Interment will take place in the Providence City Cemetery.
The family requests that masks be worn at all times for viewing and funeral services.

Services will be live streamed and may be viewed via online at www.allenmortuaries.net