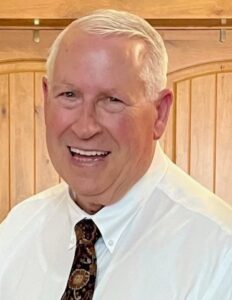 Our beloved father and grandfather, Wayne Reid Gustafson passed away the morning of September 14, 2021 in the arms and care of his oldest daughter, Annissa. Immediately following his death, he was surrounded by his children who offered him an outpouring of love as they said goodbye. We anticipate it was a joyous reunion with his wife of over 50 years, Ann Penman Gustafson, who passed from this earth life less than two years ago, on January 14, 2020.

Reid was born on March 20, 1944 to Carl Alexander and Doris Muriel Brockhurst in Eugene, Oregon. Reid had many adventures with his siblings in the Pacific Northwest where “the brothers” were known to ride bikes, attend Saturday movie matinees, have sword fights with sticks, admire the latest cars at the dealership where their father worked, and get into all sorts of trouble. Reid’s grandmother, who lived with the family, did her best to keep all the little boys in line. The family later returned to Utah and made their home in Murray where they bought and ran a Superette grocery store. The kids were able to work after school stocking shelves and wrangling soda pop bottles. They were also known to sneak a treat or two!

Reid served as Sophomore Class President at Murray High School and was in a variety of clubs at Granite High School. While Reid was still in high school, his father, Carl, passed away unexpectedly from a heart attack. This loss had a life-long impact on Reid. At a young age, Reid became a support for his mother as he tried to be a comfort to her until her passing. His siblings became a great influence in his life and they had many adventures. He told stories of driving his VW across the country or hitchhiking to their next destination. He also backpacked across Europe with his brother, Preston, to visit their brothers Carl and Kent stationed overseas for military service. Reid later completed his own military service in the National Guard.

Although work and school activities kept him busy, Reid developed a deep relationship with his Savior, Jesus Christ, and an abiding testimony of the gospel found in the The Church of Jesus Christ of Latter-day Saints. While participating in a high school foriegn exchange program in Malaysia, he received a strong impression he would serve a mission to Japan. Years later, he further developed his testimony as he served a mission for the Church in the Northern Far East Mission, which included Japan. He found a deep love for the Japanese people along with their cuisine and culture. Upon his return from the mission field, Reid attended BYU and the University of Utah and spent time traveling and seeing various parts of the world. Reid graduated from the University of Utah with a degree in Political Science.

Reid was a visionary man and never lacked for ideas. Whether it was preparing a family home evening lesson, a visual aid for a church talk, or using his skill and creativity in designing and caring for his many flower beds, Reid had a vision and could see options and potential where others could not. Professionally, while Reid enjoyed variety and new opportunities, he returned time and time again to his skill for selling insurance. His dedication to insurance and his practice of always placing “one last call” for the night connected him to Ann, and the rest is history. They were married for time and all eternity on September 19, 1968 in the Salt Lake Temple. Throughout their lives, Ann and Reid were committed to one another and worked through many physical and temporal challenges together. While life presented many hardships and life lessons, it also was full of sweet and joyful family moments. Ann supported Reid in all of his efforts throughout their marriage, and Reid was able to be there for Ann in the final years of her life as her health and capacity declined. He was a chef, a patient and dedicated caretaker, housekeeper, errand runner, and tried his best to meet her needs and ease her burdens.

Reid was a faithful and committed son of God and member of The Church of Jesus Christ of Latter-day Saints. He served in many church callings, including primary teacher, scout leader, gospel doctrine teacher, 70s and High Priest Group leadership. He also served as a member of the Bishopric and later as an ordinance worker in the Jordan River Temple. With his flair for new ideas, fun, and wanting to “go big or go home”, some of the activities he planned for the ward were. . .memorable. He and Ann served a mini mission together in the Brigham City Bishop’s Storehouse as they tried to help others. He was a faithful Home Teacher who liked to bring little treats to those he visited and tried to connect one-on-one with others through activities. He loved music and participating in the ward choir. He and his family lived in many wards across northern Utah, and those who knew Reid will never forget the impact he had on their lives. He was wise with his advice and his children and their families have been the beneficiaries of that wisdom at various times in their lives.

Together with Ann, Reid’s lasting legacy in this earthly existence is the raising of their six beautiful children, welcoming four sons-in-law and two daughters-in-law into the family, and showing their love to 23 grandchildren. Dad was always the “idea man”. Even with limited means, he worked creatively to make wonderful memories for his family. He took the family camping in an old, green canvas army tent, held cookouts in the mountain canyons, egged us on in stick “boat” races down rivers and streams, and rented a canoe and small boat for outings at local reservoirs. Dad was always up for adventure. He would frequently mention how his mind was willing but the body was weak. Dad’s first heart attack was in 1990. As his children, we feel very fortunate we were given 31 additional years with our dad despite our ever present concerns about his health and longevity.

Funeral services will be held Thursday, September 23rd at noon at the Thatcher Penrose Church of Jesus Christ of Latter-day Saints located at 11475 West 10400 North, Thatcher, 84337.

Burial will take place at the West Weber Cemetery where Reid will be laid to rest next to his wife, Ann.