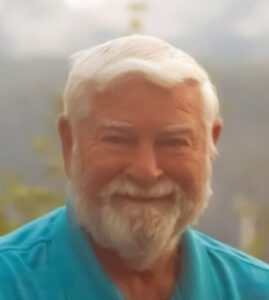 Max Moser Dahle, 79, passed away suddenly on September 24, 2021. Max Dahle was born Nov. 10, 1941, in Preston, Idaho, to Anna Moser Dahle and Lester Davidson Dahle. He was raised on the farm in Linrose, Idaho, with his parents. At the age of 11 his mother passed away in a car accident. Due to the accident and his father’s work schedule, Max went to live with his Grandma Moser in Preston and later with his Aunt Adele Viehwig in Clifton. Max loved living in the country and playing in the sand hills. He had many pets on the farm and one he remembered was a little pony that pulled a cart. It would only go a short way from home and then turn and go back. He spent much of his childhood hunting and fishing. Max moved to Newton, Utah, in 1956 after his father married Ella Ree Benson. Max learned the carpentry trade from his father and worked with him after school, on weekends, and during the summers. Max enjoyed attending and participating in all athletic events. Some of his favorites included football and basketball. He was a very talented athlete and won many awards in high school where he also earned the nickname “Running Bear.” He graduated from North Cache High School and Richmond Seminary in 1960.

Max married his one true love and high school sweetheart, Cloteele Rees, on August 31, 1960. They enjoyed 61 wonderful years together and were seldom apart from each other. They were blessed with four children and eight grandchildren, all of whom adore them. They lived in various locations around Cache Valley over the years including: Logan, Benson, and Newton, Utah. In 1968, they settled down in Preston, Idaho, where they built a new home next to Max’s father. Max was a hard worker and worked as a building contractor for many years. He is well known for the many milk barns, hay sheds, and beautiful houses he built in Franklin County. Max was a great teacher and enjoyed teaching his sons construction skills and working with them.

Max loved to hunt and fish. His passion for fishing began at a young age while fishing with his father and lasted his entire life. One of his favorite fishing holes was Cottonwood where he learned to fly fish. He enjoyed teaching his children and grandchildren how to fish and always made sure they got to reel one in when they went fishing with him. Max enjoyed countless fishing trips with his family and many friends. He always looked forward to the annual salmon and steelhead runs. Max loved the outdoors and taught his family to love and appreciate nature. Max and his entire extended family loved the annual camping trip to Redfish Lake and made many lasting memories there.

Max was active in The Church of Jesus Christ of Latter-day Saints and served in many positions throughout his lifetime. He was an example of integrity and love to his family. Max was a kind, gentle, and patient man. He never had a negative word to say about anything or anybody. He enjoyed laughing with family and friends. Everyone who knew him loved him. He loved his family and was always there to offer a helping hand or an encouraging word. His family finds comfort in knowing they will see him again and that in the meantime, he is reuniting with family, catching many huge fish, and helping others whenever he can!

Interment will be at the Whitney, ID Cemetery.

Services will be available to stream Friday at 12:00 noon MDT at the link provided.