Photos were shared by multiple Cache Valley Daily readers following Tuesday’s early season snow storm which caused property damage, knocked out power to thousands of customers, and cause the delay and cancellation of multiple schools. Utah State University shared a video of the work being done to clean up dozens of damaged trees around campus:

An unseasonal snow storm hit Cache Valley overnight, and with many trees on the Logan Campus still holding onto their leaves, the wet snowfall left a significant mess of downed limbs and broken branches. pic.twitter.com/GUQSv2Ilog

Photo Gallery sponsored by The Logo Shop, your source for teams, businesses and booster clubs.  http://welogostuff.mypromohq.com/

Click on photo to enlarge it, then use your left-right arrow keys to cycle through the gallery 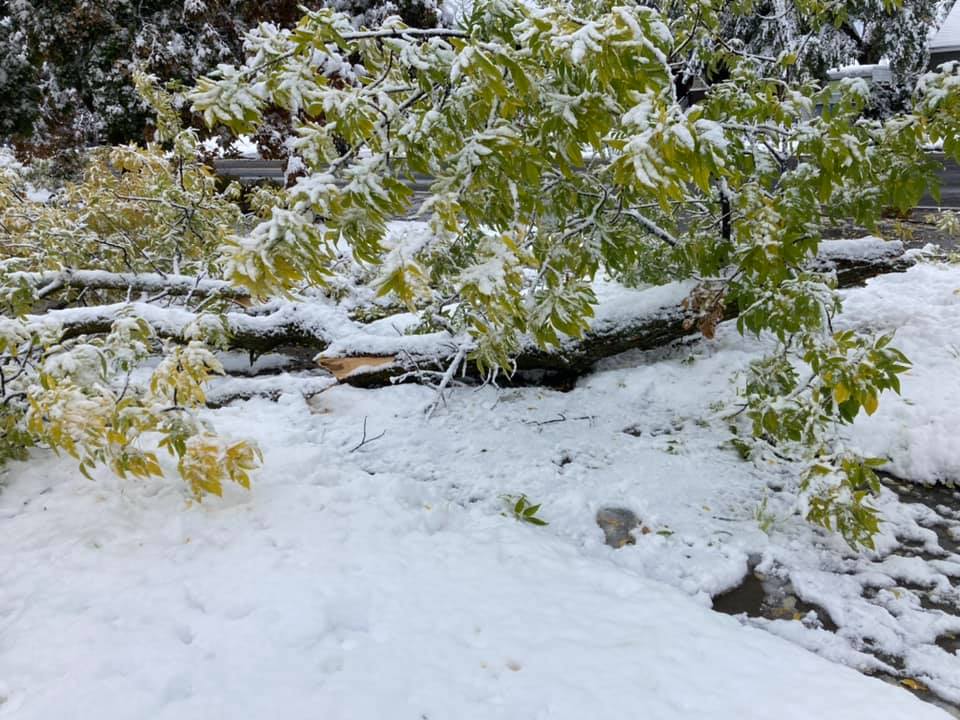 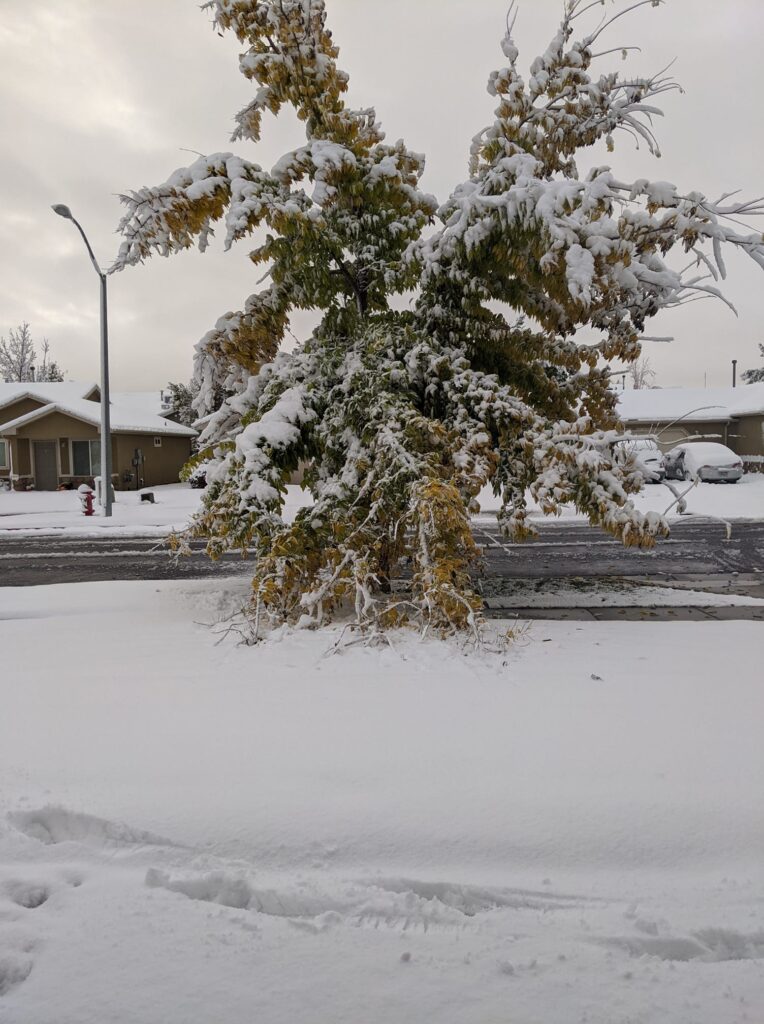 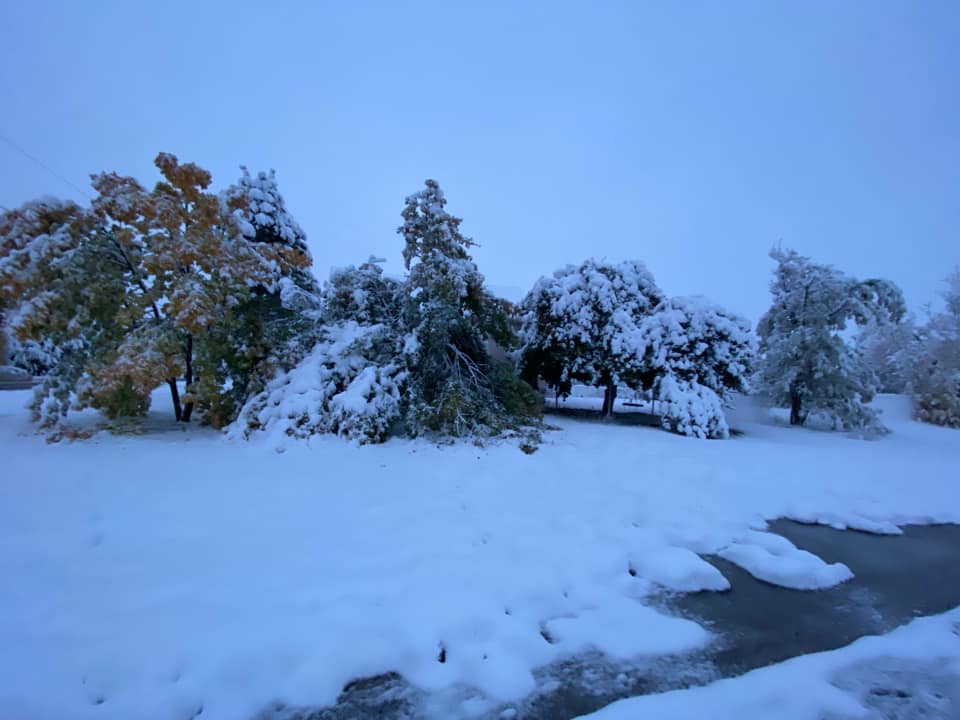 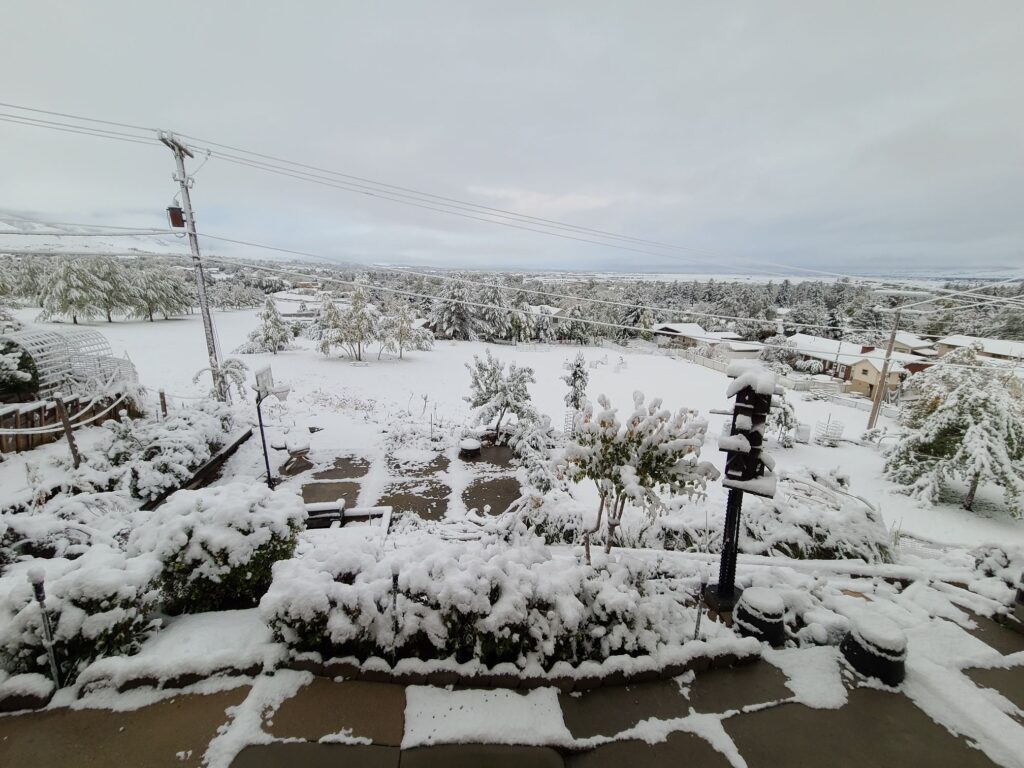 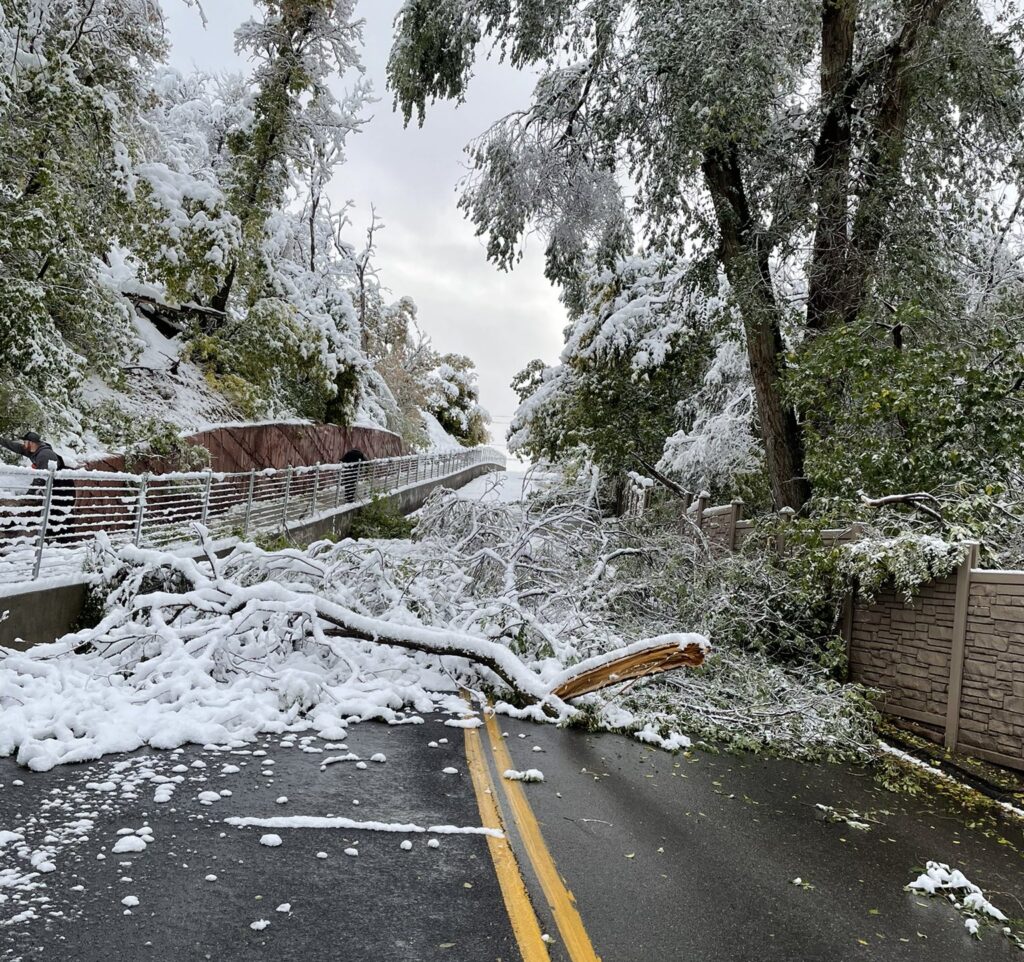 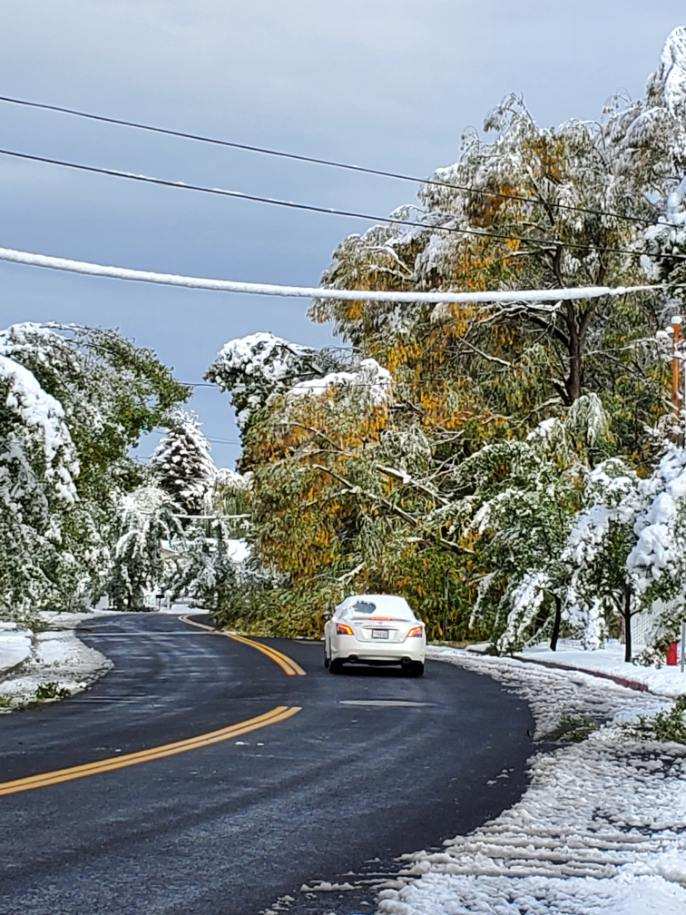 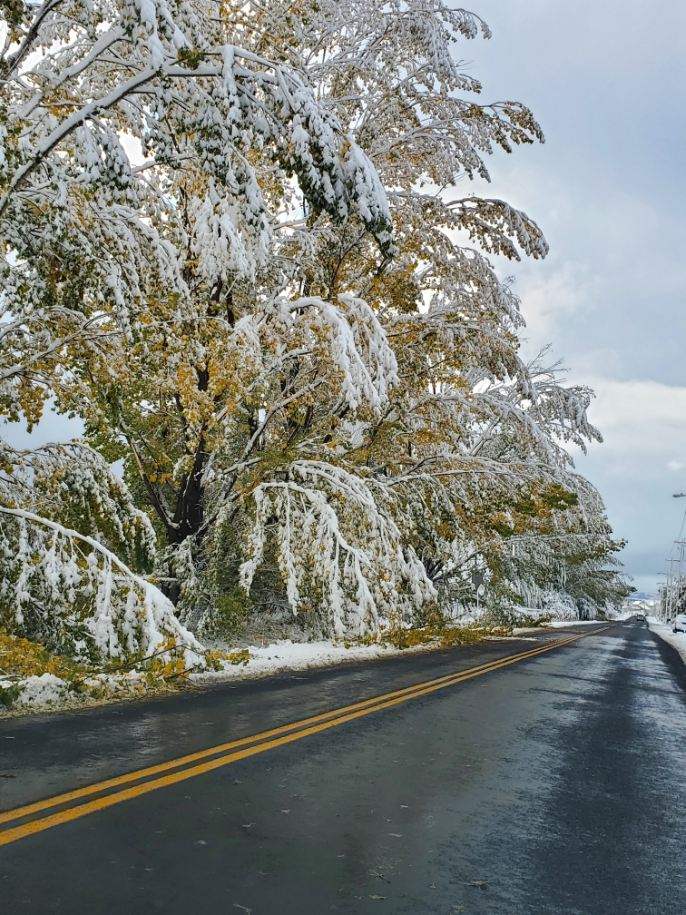 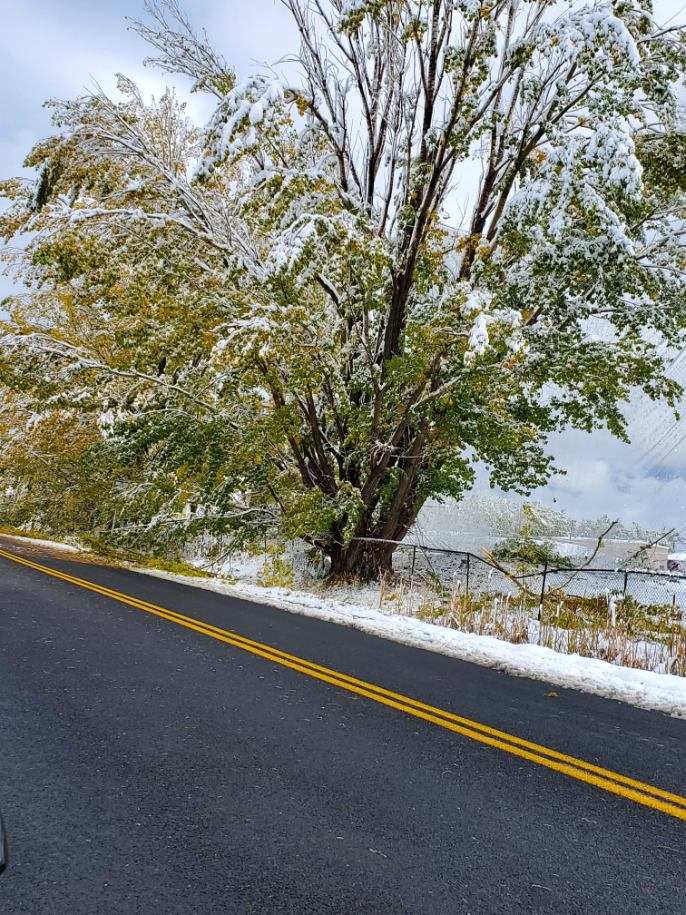 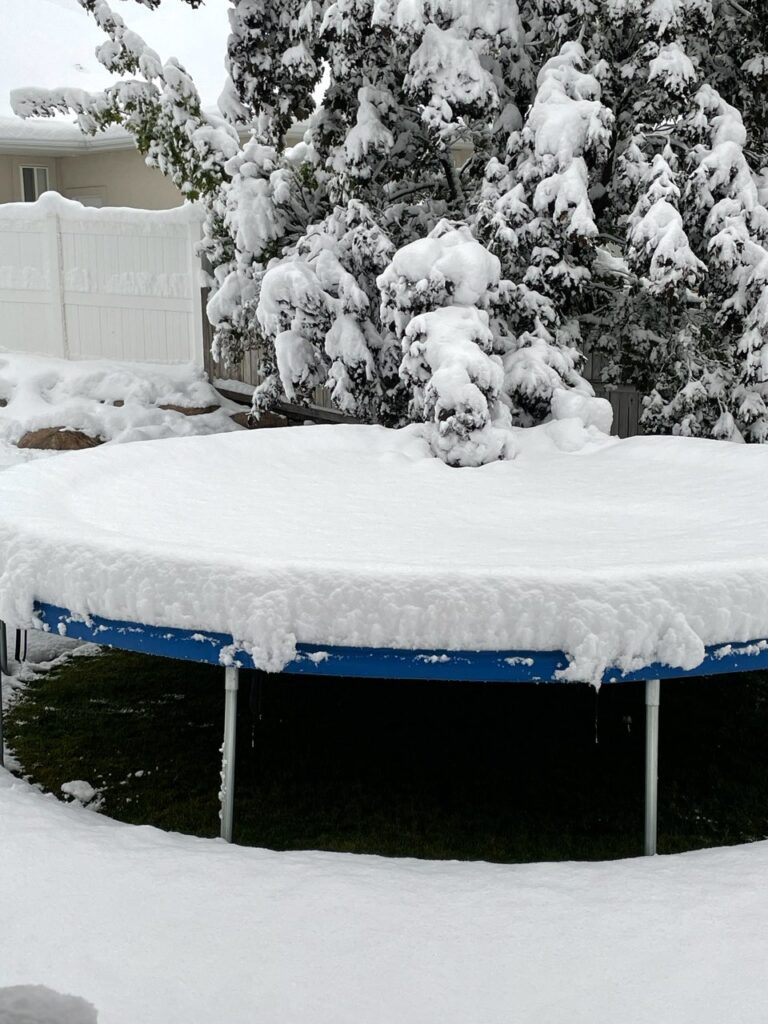 As much as 11 inches of snow was recorded in areas throughout Cache Valley on Tuesday, Oct. 12 causing multiple power outages and school cancellations. Photo by Greg Madson. 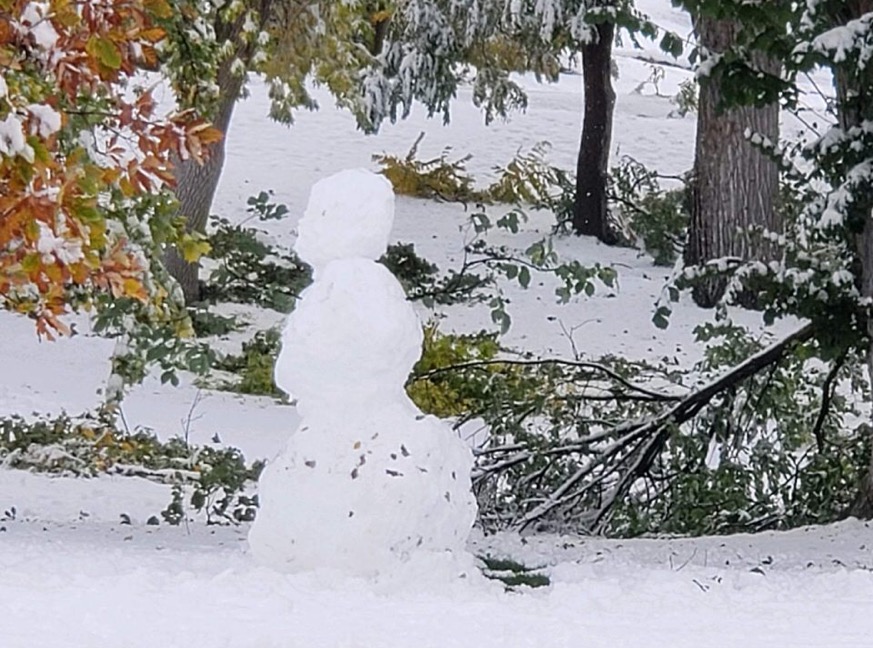 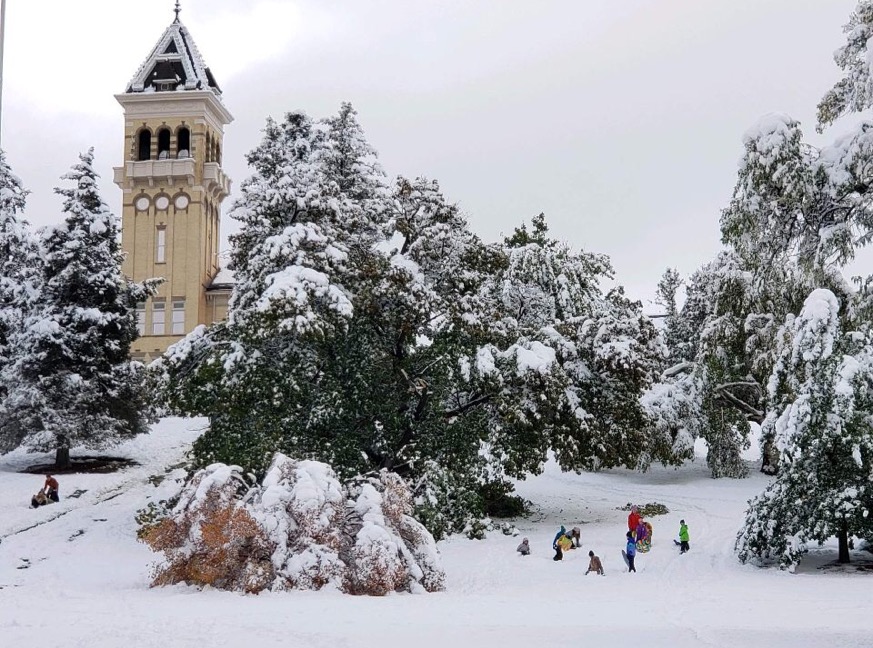 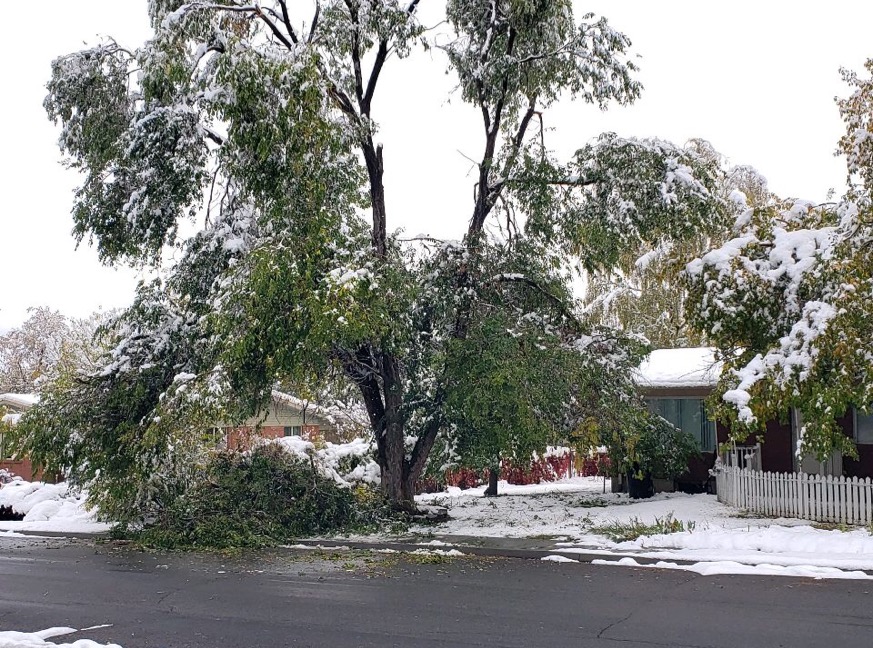 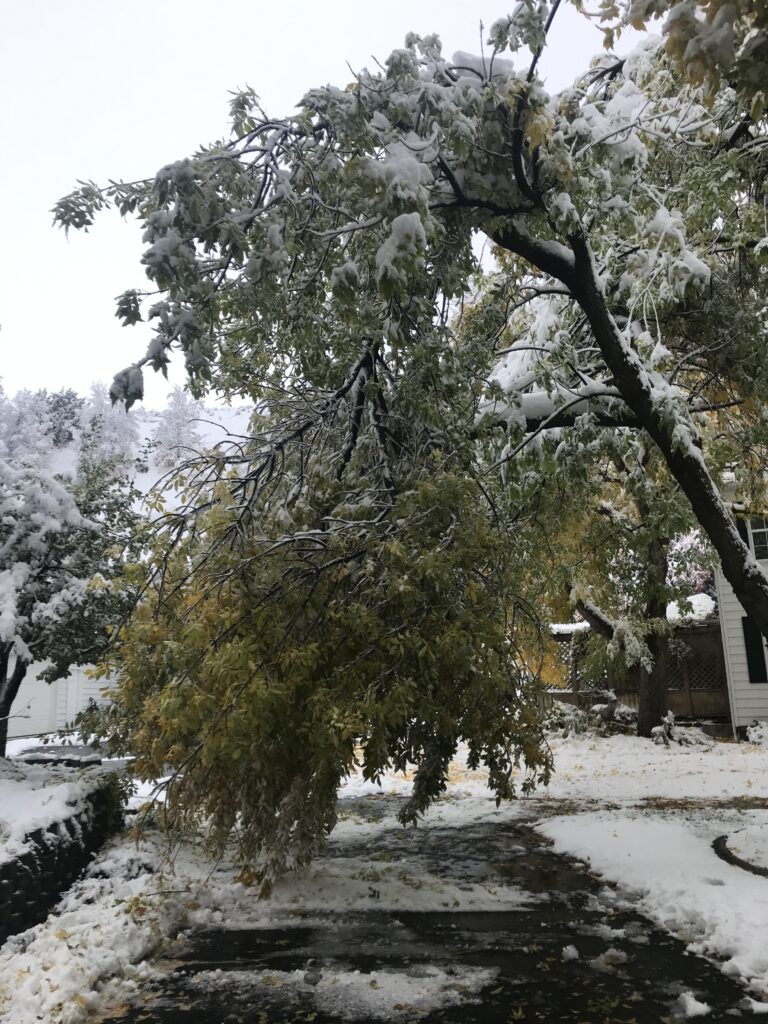 A broken limb dangles and blocks a driveway in Providence. Photo by Eric Frandsen 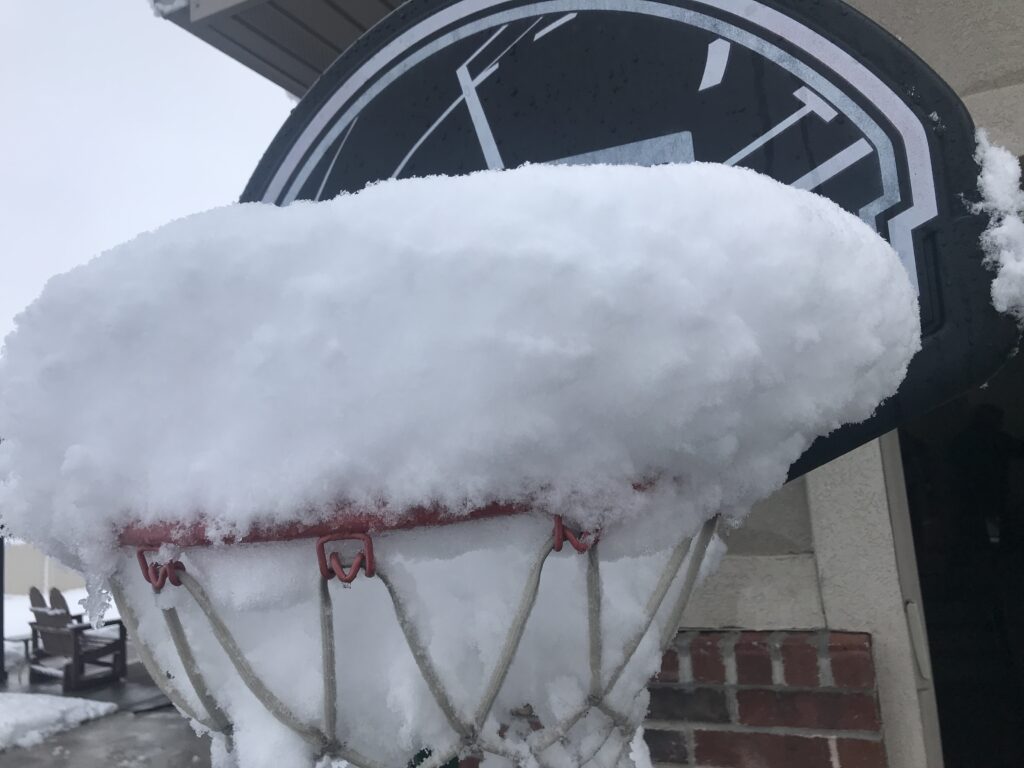 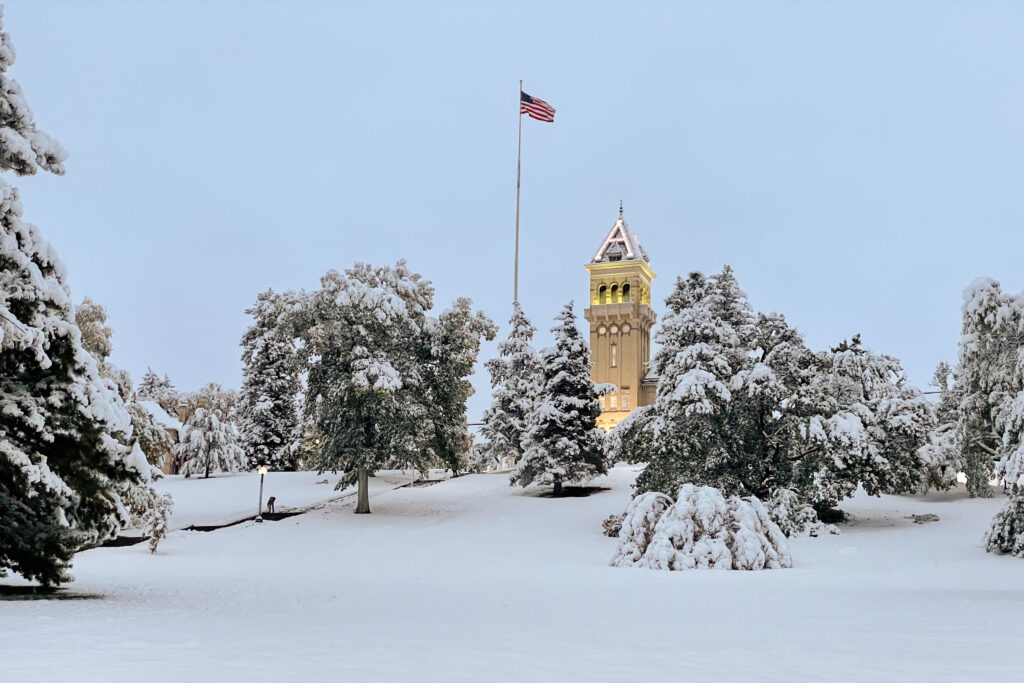 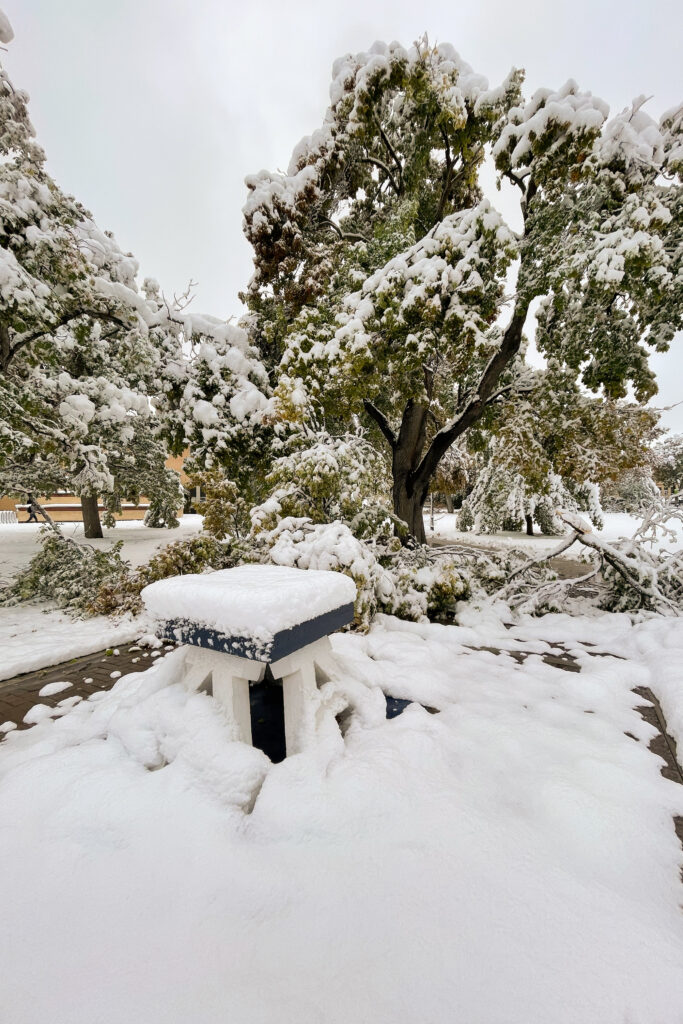 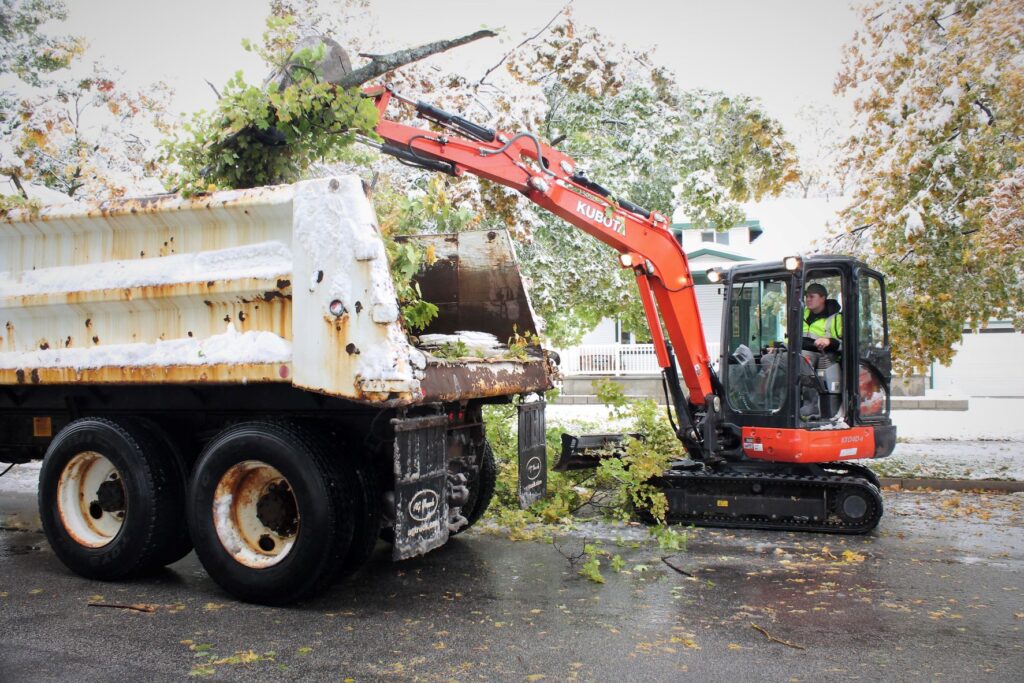 Braxton Wood loads branches on to a dump truck to clear the street on 100 W. in Hyrum after a snowstorm on Tuesday Oct. 12, 2021.