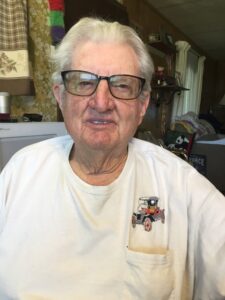 Bernard Baker was called home on Monday November 9, 2021. Bernard was born on September 29, 1935, to John Franklin and Mary Lyon Baker in Teton, Idaho. He married his first wife Inga Wurm in June 1958, in Germany and later divorced. He then married Jesse Thompson on May 2, 1980 in Reno, Nevada. They were married for 41 wonderful years.

He was a life-long resident of Willard City Utah except for his time in Military Service.

He enjoyed working outside, RV road trips, flying kites, birdwatching and he was a great story teller. Bernard was a Gentleman, Good husband and father. He was very loved by his family.

He completed a life-long wish of flying in a small private plane one month prior to his death.

He thoroughly enjoyed being surrounded by his four children, four grandchildren and three great grandchildren. He loved to tease and have fun.

Condolences may be expressed to the family at www.myers-mortuary.com.