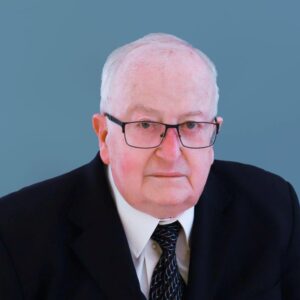 Our beloved husband, father, grandfather, great-grandfather and friend, Ronald Ordell Wright, passed away peacefully Sunday morning, November 7, 2021, in Logan, Utah, just a few weeks shy of his 86 birthday, as a result of complications from cancer, kidney failure and heart disease. He is the son of Oscar Hale Wright and Genevieve Greene Wright. He was born December 19, 1935 in Twin Falls, Idaho. He spent most of his youth in Filer, Idaho. He has one sister, Nina.
He had polio at age 7 and missed a year of school but was tutored by his aunt who was a school teacher so he could get back into school. He graduated from Filer High School. He played football in high school. He was one of the shortest members of the team. He remembered and stayed in contact with many of the friends he made during those years.

He served in the army from June 1956 to July 1958, most of that time in Germany. He made several friends while he was over there that he remembered all of his life.. After returning from the service he attended Idaho State College in Pocatello. While there he met his first wife Carolyn Rust. They moved to Boise, ID, to pursue a job opportunity. They had five children – Kevin (Terry), Catherine (Gene), Daniel, Amy (Lou) and Ginger (Harvey). They later divorced. He met his second wife, Jeri Lyn Sparks, in Boise. They have been married for 45 years and have 3 children – Jenifer, Anthony (Teena) and Marjorie (Ron C). He has 21 grandchildren one of whom preceded him in death, and 16 great-grand children.

Ron and Jeri lived in Boise for 42 years moving back to Cache Valley, where Jeri is originally from, about 4 years ago and have been living there ever since. Ron worked for Nabisco Foods, Garrett Freight lines and was a Mechanical Engineer for the Church of Jesus Christ of Latter Day Saints taking care of the buildings. He served as counselor in the bishopric of the 5th Ward (Orchard Ward) in Boise under several bishops and as bishop for nearly 5 years. After he retired he was a temple worker in the Boise Idaho Temple for several years. He also served a service mission to the LDS Employment center helping train people to apply for and find employment. He enjoyed serving others and helping where he could. His pride and joy was in his family – ALL of them. He loved spending time with the grand kids even though as he got older they drove him crazy with all the noise and goings on.

The funeral will be that same day at 1:00pm at Parks Magic Valley Funeral Home.

Interment will be in Sunset Memorial Park Cemetery in Twin Falls.

Condolences and memories may be shared with the family at Nelson Funeral Home.