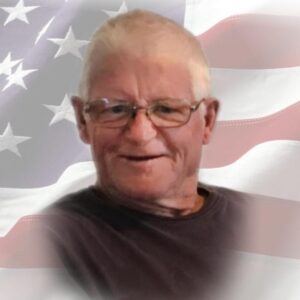 Terry grew up in Hyrum where he worked on the family dairy farm, rode horses and enjoyed many trips up Blacksmith Fork Canyon hunting and fishing.

Shortly after graduating high school Terry was drafted into the United States Army’s transportation division. He was part of the 86th Transportation Unit in the Vietnam War where he served from August 1966-July 1967.

Terry married Kimberly Brown on January 5, 1979. They made their home in Hyrum. Together they had two daughters, Lorry Ann and Andrea.

Terry always had a strong work ethic!! He worked for E.A. Miller & Sons worked with the cattle and farming their fields until 1983. He then went to work for ATK-Thiokol for 26 years, retiring in 2009. He enjoyed the many lifelong friendships he made while working there, especially all of the memories made with his carpool buddies.

Dad enjoyed maintaining an immaculate yard and garden, spending time at his property at Sheep Creek Cove camping and going for ATV rides. Leisure time for dad was reading all Louis L’Amour books multiple times, watching any John Wayne movie, doing a word search or fill-in puzzle and fixing all types of equipment in his shop, which he built himself.

After retirement dad always looked forward to spending the winter months in Yuma, Arizona with mom. With his pleasing demeanor it was easy for dad to develop friendships with many others they met from around the country.

Dad cherished his girls and family dearly and always made sure they were well taken care of.

Dad was also a proud member of the American Legion Post 0047 South Cache, and took great pride in attending funerals for his fellow veterans by participating in the Military Honors.

Terry will be dearly missed by his family and friends along with his dachshunds, Rascal, Patch and Cinnamon. He was preceded in death by his parents, Blaine and Ruby Nielsen, four brothers, Douglas Lee, Dewayne, Darwin, Clyde, and sister, Valarie Chambers.

He is survived by his wife, Kimberly, his two children, Lorry Ann, and Andrea (Butch) Johnson.

A viewing will be held Monday November 22nd from 6 to 8 p.m. and prior to services 9:30 to 10:30 a.m. at Allen-Hall Mortuary.
Interment with Military Honors will be in the Hyrum City Cemetery.

In lieu of flowers donations can be made to Cache Valley Veterans Association @ cachevalleyveterans.org